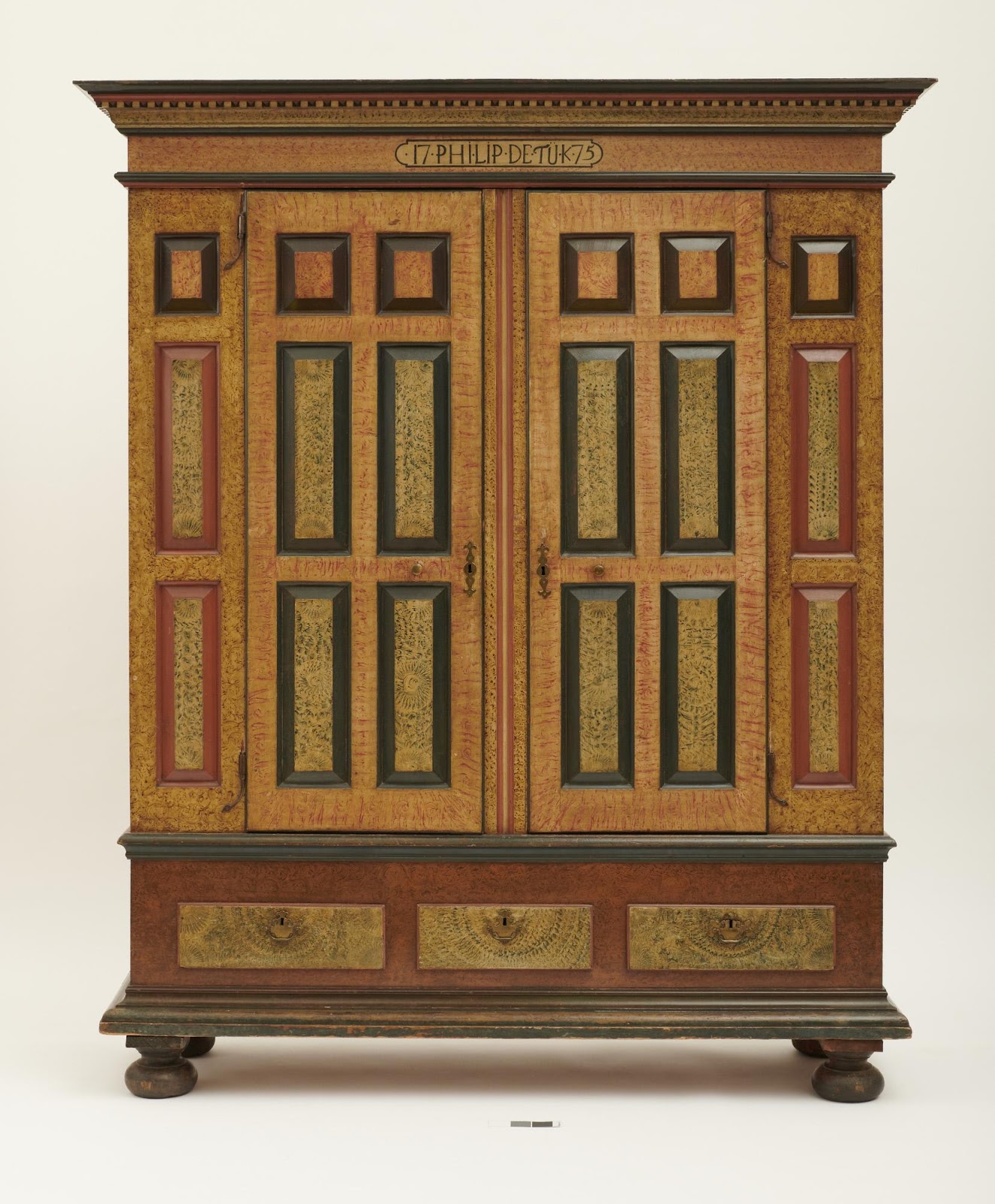 The Huntington has acquired a painted Pennsylvania German wardrobe described as the best of its kind in private hands. Dated 1775, it sold to a dealer for $818,500 in 2010. Jonathan and Karin Fielding supplied funds for the Huntington's purchase.

Known as a schrank, the cabinet was used to store clothes before closets were a thing. Where East Coast cities favored Chippendale curves, Pennsylvania German ("Dutch") furniture is rectilinear, decorated with painting. Wardrobes like this were status symbols, the most costly piece of furniture in the home. The Huntington example is exceptionally elaborate, using sponged paint to imitate wood grain. It is attributed to Jacob Bieber, Sr., of Lobachsville, Berks County, Penna. Jacob headed a family of cabinetmakers that was responsible for the interiors of the 1783 Hottenstein Mansion near Kutztown, Penna. 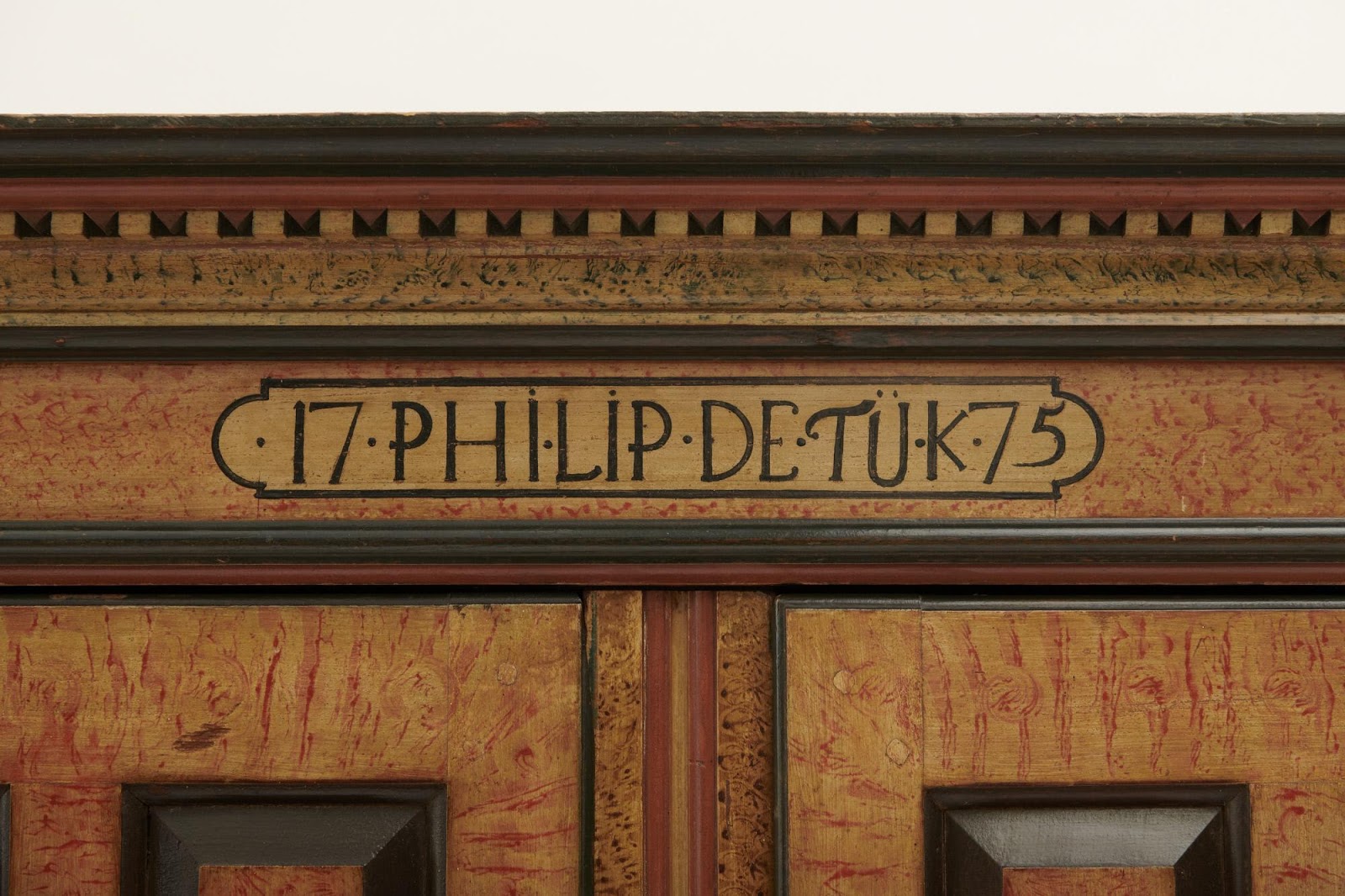 The Biebers were Huguenots, as was the wardrobe's first owner, Philip Detuk, identified in the painted inscription. Philip turned 18 in 1775, so it's assumed his family commissioned it.

Eighty-one inches high, the schrank will rank with the most important early American furniture in Southern California collections. 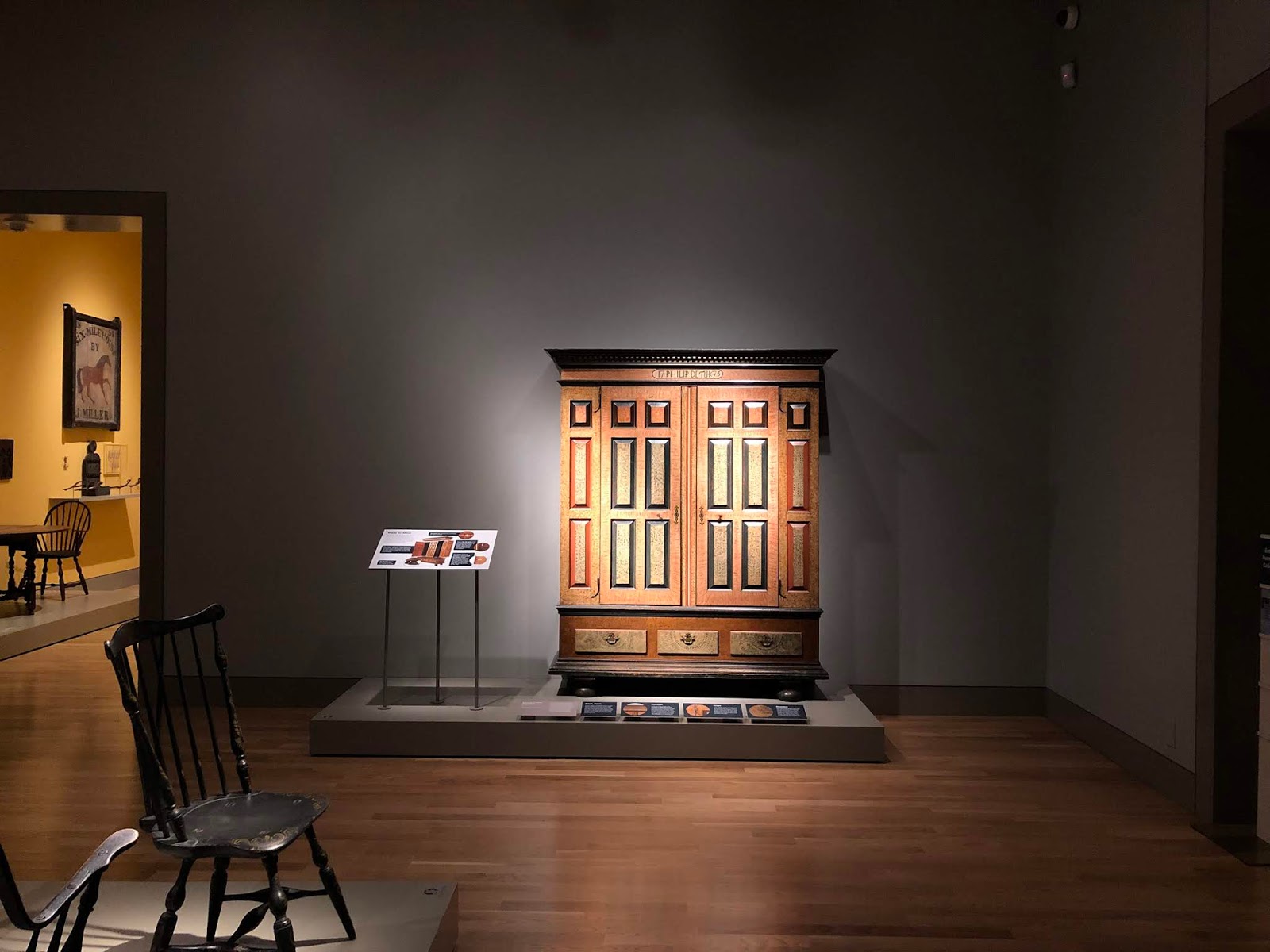