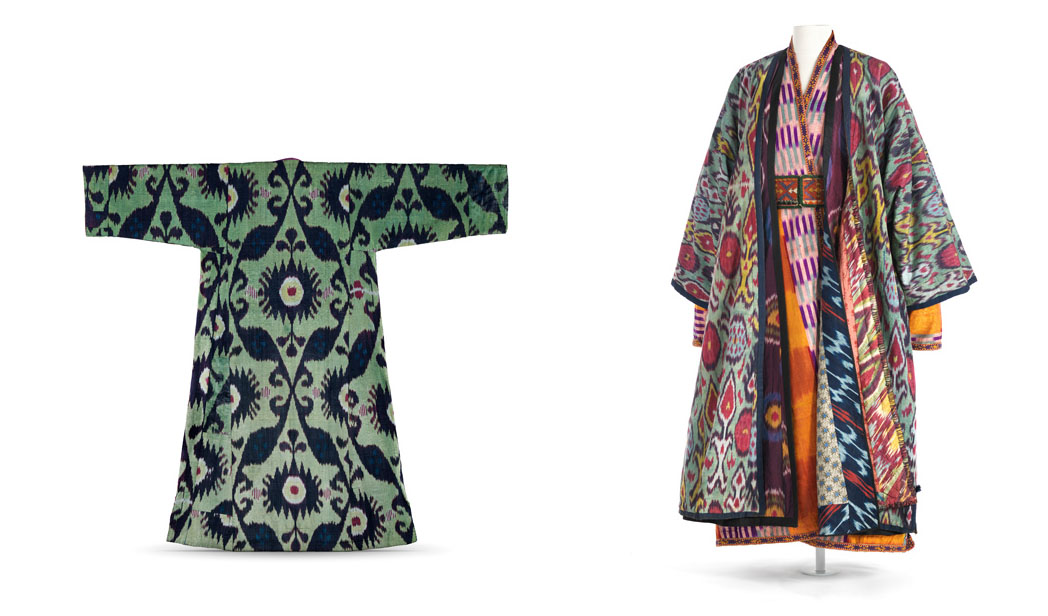 David Reisbord, a neurologist, became interested in textiles during a trip to Guatemala in the 1970s. He came to focus on the colorful silk ikat robes of Central Asia. After the break-up of the Soviet Union, many spectacular heirlooms came on the market.
The Reisbord collection represents traditions of modern Kazakhstan, Uzbekistan, Turkmenistan, and neighboring nations. It fills a gap in LACMA's costumes and textiles collection, otherwise mostly European and American, with notable holdings of Islamic and South- and East Asian works.

Below: Ikat robes were made to be worn, as the Reisbords demonstrate. 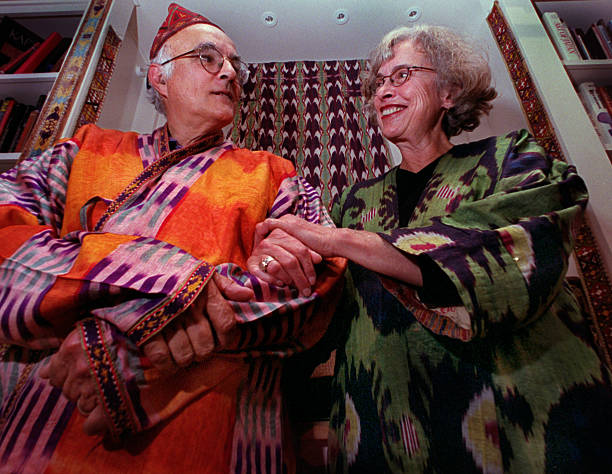 Anonymous said…
This is kind of a random gift to LACMA, but it's better than nothing. Any word on the progress of LACMA's new building?
January 2, 2019 at 8:16 AM