The Discreet Charm of the Outlier Bourgeoisie 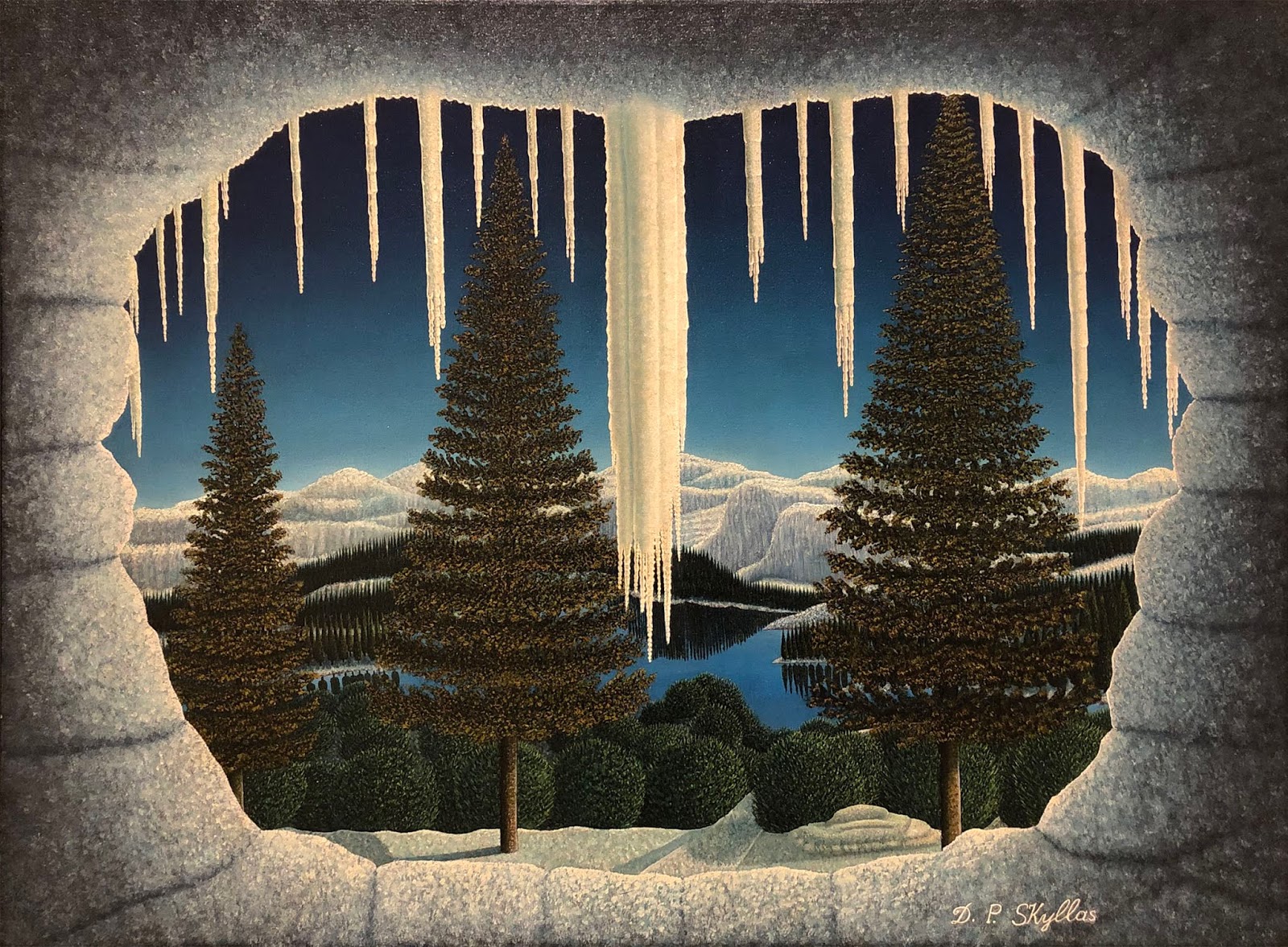 LACMA's "Outliers and American Vanguard Art" explores the spectrum of self-taught and art-schooled art. Some of the most intriguing examples are in the middle: artists who led more-or-less middle-class lives; who were aware of the vogue for self-taught art and sought to produce it for an appreciative audience. As some theorists saw it, the outlier bourgeoisie was "inauthentic." Like Adams and Eves, these artists had eaten the fruit of the Tree of Knowledge of the Outsider Art Market.
Take Morris Hirshfield (1872-1946). He was basically your funny Brooklynite uncle in the garment trade. After a successful career manufacturing women's coats and bedroom slippers, he took up painting in 1937 to fill his retirement. Hirshfield claimed to dislike Henri Rousseau, but was certainly influenced by his example. (Hirshfield's dealer, Sidney Janis, was owner of Rousseau's The Dream.) In his eight-year career Hirshfield got two shows at the Museum of Modern Art, one a single-artist retrospective. It was described as one of the most-hated shows ever at MoMA and was said to be cause for Alfred Barr's demotion. Barr championed Hirshfield, as did Andre Breton, Marcel Duchamp, Clement Greenberg, and Piet Mondrian.
Janet Sobel (1894-1968) was also from Brooklyn, a generation younger than Hirshfield. She began with dreamy, Chagall-like illustrations of Ukrainian folk tales. This evolved into drip-painted abstractions such as Milky Way (1945). Sobel put enamel paint in glass pipettes and dripped them onto canvas. She got a show at Peggy Guggenheim's gallery in 1946. Sidney Janis wrote a catalog essay.

Both Clement Greenberg and Jackson Pollock saw Sobel's show in 1946. Greenberg wrote of the experience,

"The effect—and it was the first really 'all-over' one that I had ever seen ... —was strangely pleasing. Later on, Pollock admitted that these pictures had made an impression on him. When Sobel is mentioned at all in accounts of Pollock's development, however, she is generally described and so discredited as a 'housewife,' or amateur, a stratagem that preserves Pollock's status as the unique progenitor, both mother and father of his art, a figure overflowing not only with semen but with amniotic fluid."

Sobel stopped exhibiting just as Pollock was coming to attention. She had developed an allergy to paint and stopped making drip paintings by 1948. Sobel thereafter worked in crayon and pencil—but you can't drip crayons. Sobel's reputation has only recently been revived. LACMA bought a Sobel painting in 2008 (though it's not in this show).
Drossos P. Skyllas (1912-1973) worked as an accountant in his native Greece. He moved to Chicago after WWII. There he took up painting, supported by his wife, Iola. Skyllas worked slowly, completing only 38 paintings. His work is as rare as Vermeer's; like van Gogh, he never sold any in his lifetime. He did however submit his work to annual juried shows at the Art Institute of Chicago, where his paintings were shown alongside the Chicago Imagists. He got a dealer (Phyllis Kind) only after his death. Such works as Wisconsin Ice Cave (1950, top of post, lent by Gladys Nilsson and Jim Nutt) have elements of pop and postmodernism. They have the uncanny quality of paintings of advertisements with the text removed.
P.S. A gallery label in "Outliers" quotes MoMA's Alfred Barr talking up the "modern primitive":

"Among twentieth century American paintings I do not know… a more unforgettable animal picture than Hirshfield's Tiger, a more original metaphysical composition than [Patrick J.] Sullivan's Fourth Dimension, or a more moving portrait than John Kane's painting of himself."

All three of Barr's exemplars are in the show (and all are still owned by MoMA). Of the group the Kane self-portrait is best-known today. Least-known by far is Patrick J. Sullivan's Fourth Dimension. It's a great "thrift shop painting" in the Jim Shaw sense, so maybe Barr was ahead of his time.