Vincent Price, the "Master of Menace," starred in House of Wax, The Fly, and Edward Scissorhands. He was also a Yale- and Courtauld-trained art historian, collector, museum founder-namesake—and pitchman for Sears Roebuck and Co.

In 1962 the department store chain began selling "The Vincent Price Collection of Fine Art," artworks chosen for the mass market by Price himself. The selections included original pieces by Dürer, Rembrandt, Goya, Hiroshige, Toulouse-Lautrec, and Picasso, at prices ranging from $10 to $3000. 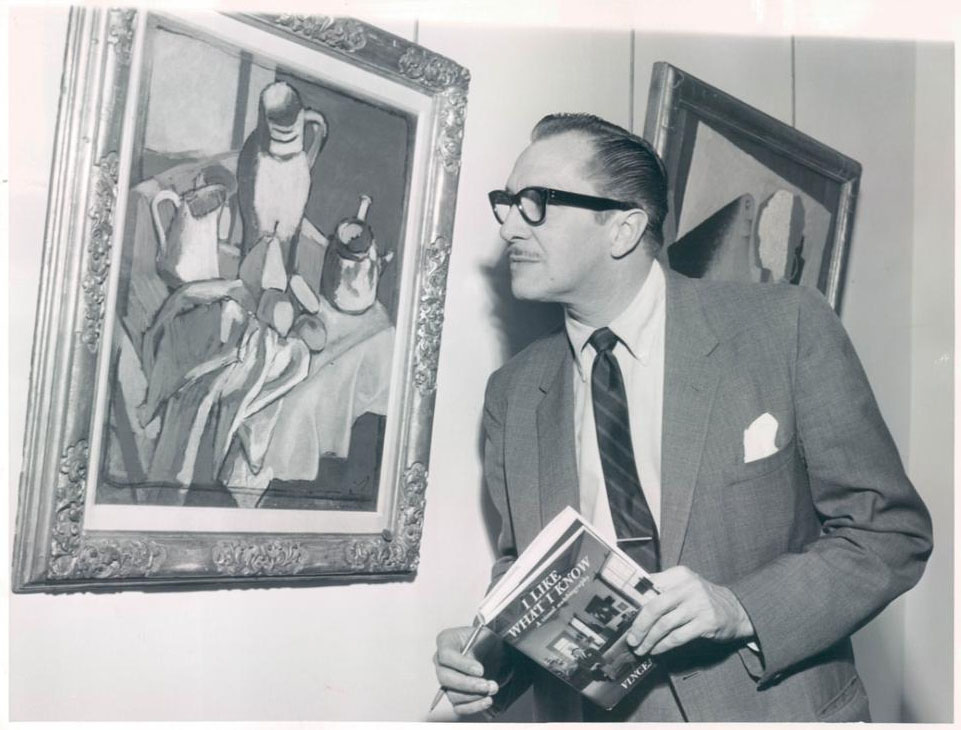 Huh? Most of the big-name works were prints. Even today, you can get a worn Rembrandt or a postumous Goya etching for four figures. Probably most Sears customers preferred the oil paintings, however, by affordable modern artists whose work has remained affordable. As Millennials liquidate Boomer inheritances, art with the Price-Sears provenance is common on eBay.

In 1962 Price did a training video for Sears employees more accustomed to selling chainsaws than Chagalls. In its way, the video is a chilling comment on the art market. Watch how easily a smarmy screen psychopath segues to smarmy gallerist. Says Price: "One of the problems that you will find in selling this merchandise, as you do with any other kind of merchandise, is that the better you know it, the more you know about it, the easier it is to sell."

The democratic tone of Price's spiel bears comparison to today's museology (also bankrolled by big corporate interests). The Sears initiative is framed as a way of bringing art to under-served communities—by owning art, not Instagramming it. Price pitches two Goya Caprichos aquatints: "A lot of people felt they could never afford to own a picture by the great Goya. You’d be amazed at how reasonable these are. These pictures, first-class prints by the great Goya, $35 apiece." Nowadays $25 gets you into a big museum for the afternoon. 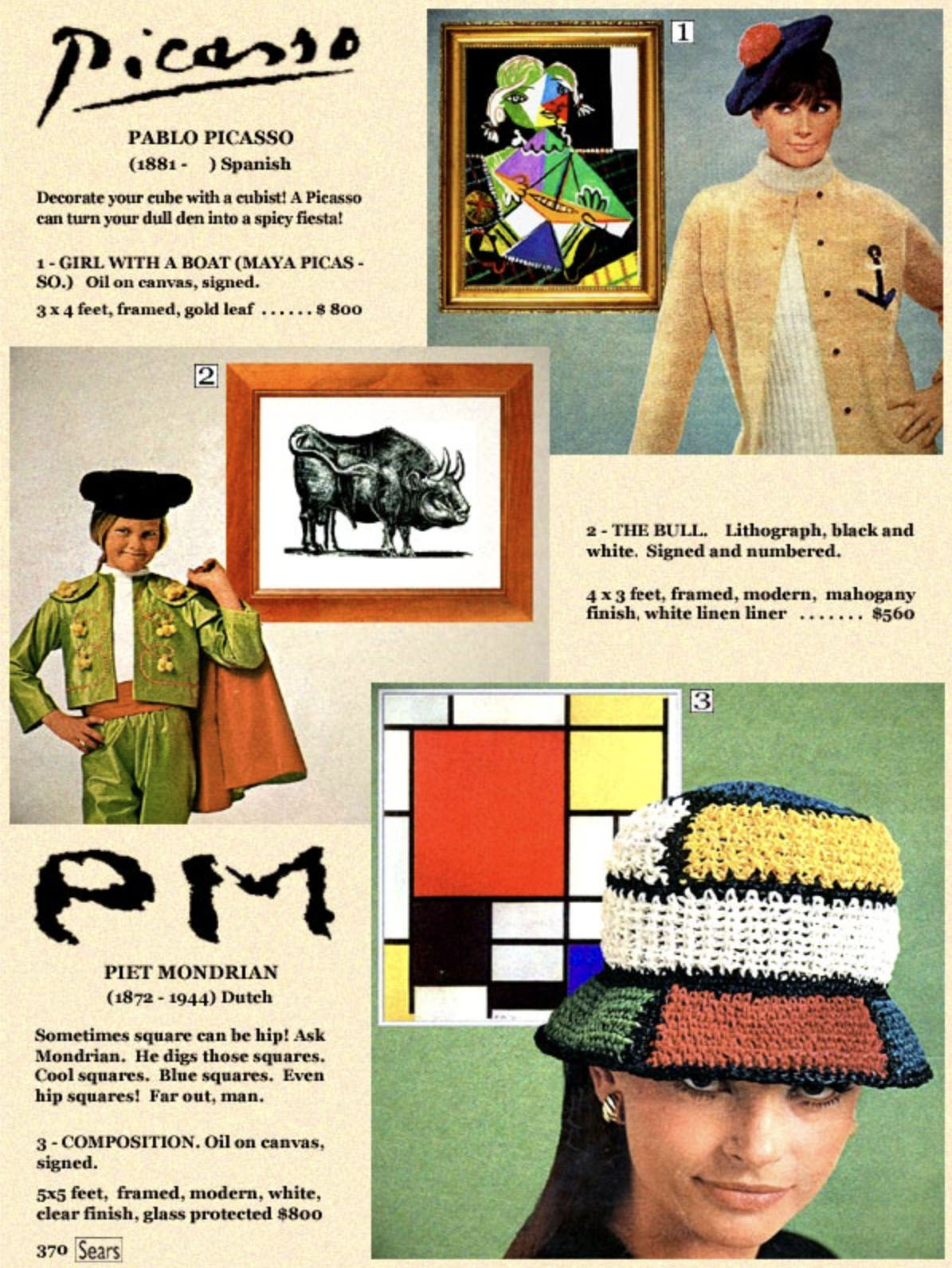 There remain mysteries about the Sears/Price collection. Consider this Sears catalog page. The sales copy is priceless. Everything else is cheap. I guess it was possible, in the 1960s, to sell Picasso's famous lithograph The Bull for only $560 framed. But they couldn't have been selling original Picasso and Mondrian oil paintings for $800. Right?

It's reported that Price commissioned an original work from Salvador Dali for Sears. OK, Dali would sign anything. It's harder to imagine Picasso allowing a copy to be sold as a signed original.

Sears says it sold over 50,000 pieces of original art before the promotion ended in 1971.
UPDATE: See Vincent Price & Sears: The Sequel

Ian Daniels said…
This would have been fascinating (I didn't know that Sears had done this) but I can do without the condescension towards Price. Smarmy? Heaven forbid that someone tried to make fine art accessible to people without access to a major gallery but with access to a Sears catalog, IE most of America.
October 31, 2019 at 10:06 AM

Anonymous said…
@Ian Daniels: I completely agree about the swarmy remarks about Vincent Price. He deeply cared about the art history and trying to make it as accessible to the public as possible. Would you rather Price try to sell the Picasso piece for $200 million and have the piece locked away for generations?
October 31, 2019 at 10:59 AM

William Poundstone said…
No slighting of Mr. Price was intended! I was just observing that "smarmy" was part of the horror persona he created in his films. Price made "excessively suave, smug, or ingratiating" scary.

Mattia Nuzzo said…
I just happened to watch an episode of Antiques Roadshow where this Rembrandt etching from the Collection came up https://www.pbs.org/video/antiques-roadshow-appraisal-rembrandt-etching-ca-1630/
October 31, 2019 at 8:10 PM