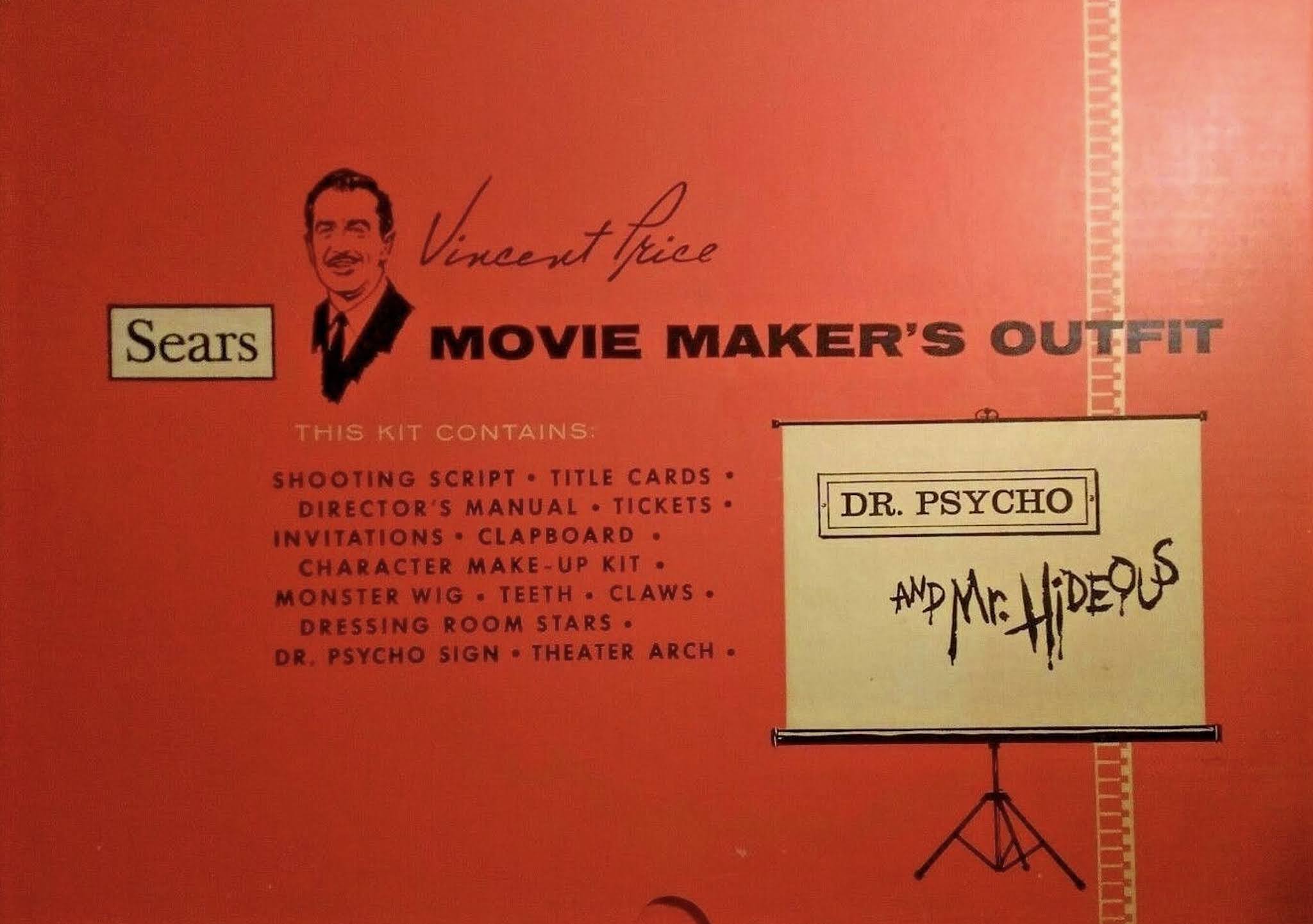 In a previous post I noted that horror actor (and museum namesake) Vincent Price made an unlikely foray into selling art at Sears Roebuck department stores. I've since been informed that Price and Sears followed that up with a 1964 attempt to monetize the art of cinema. "Aren't you bored to tears by a friend's dull family movies? We think so. That's why Sears went to Hollywood veteran actor-producer Vincent Price… He came up with a blockbuster idea." The Vincent Price Movie Maker's Outfit contained "everything you need to make really good movies."

The kit's $148.50 price would be about $1300 in today's dollars. To put that in perspective, Price/Sears were also hawking apparently genuine Goya Caprichos prints for $35 apiece, and Picasso's The Bull lithograph was $560 framed. It's safe to say the movie kits are now cheaper than the prints, and they turn up with some regularity on eBay. 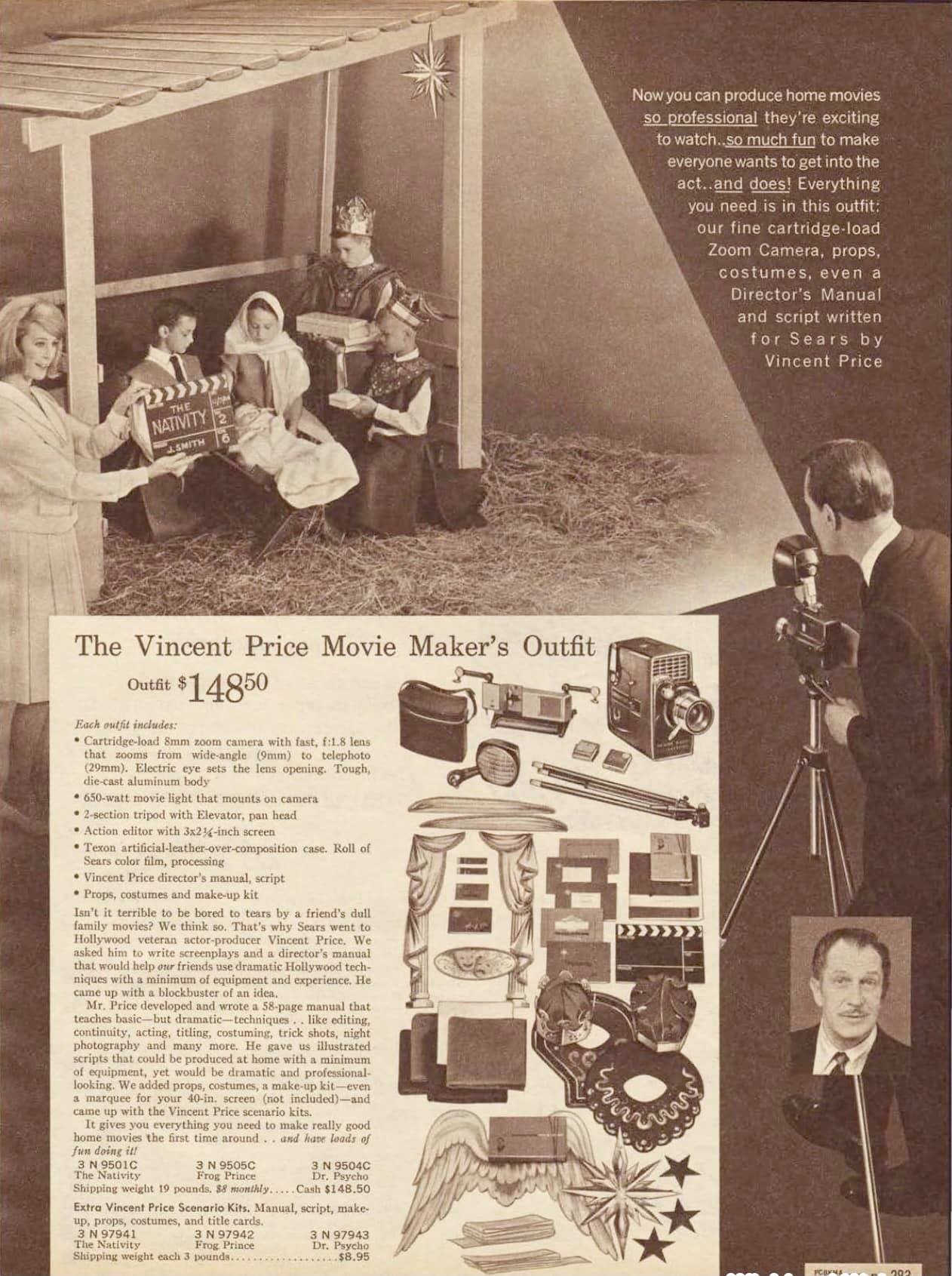 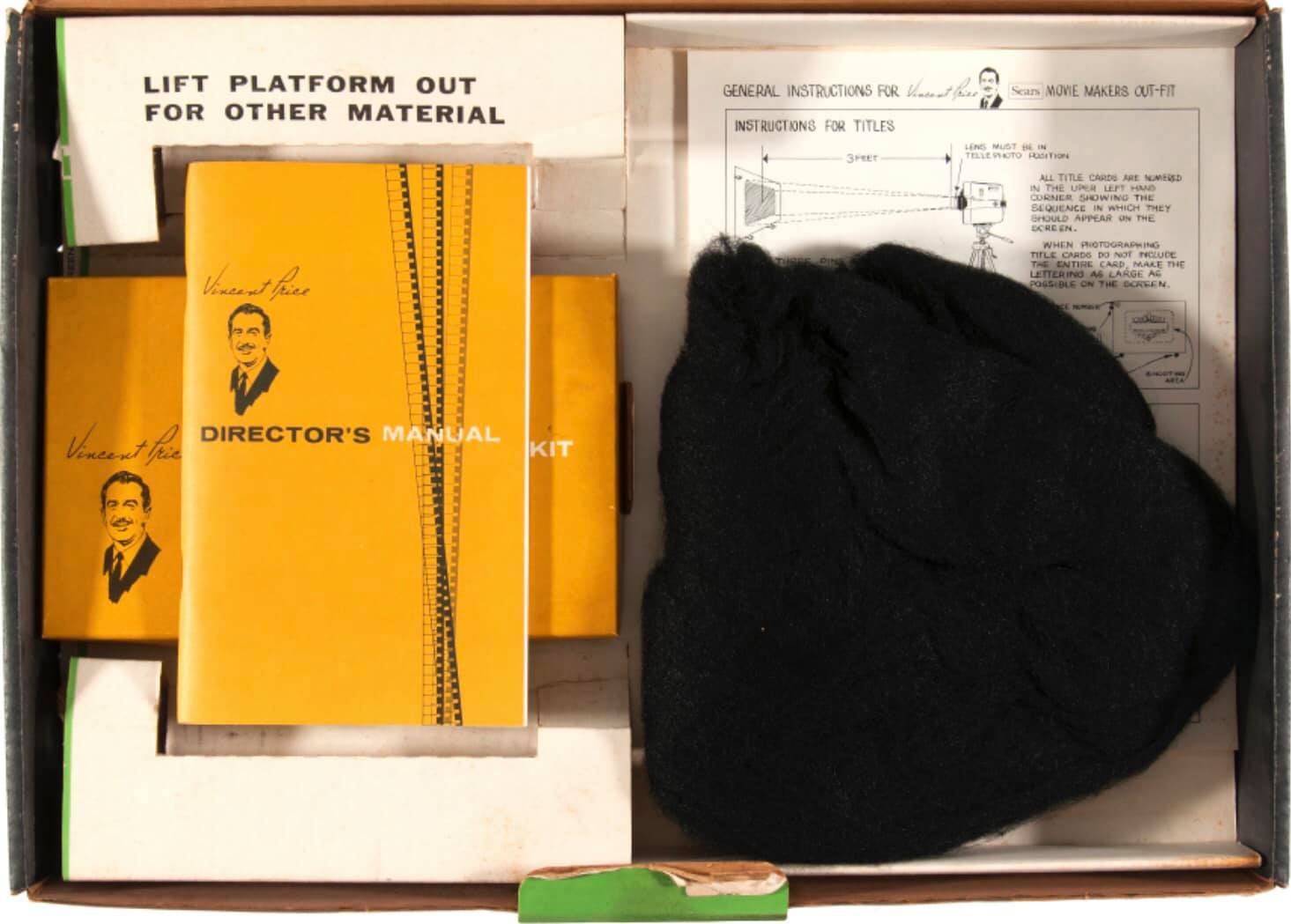 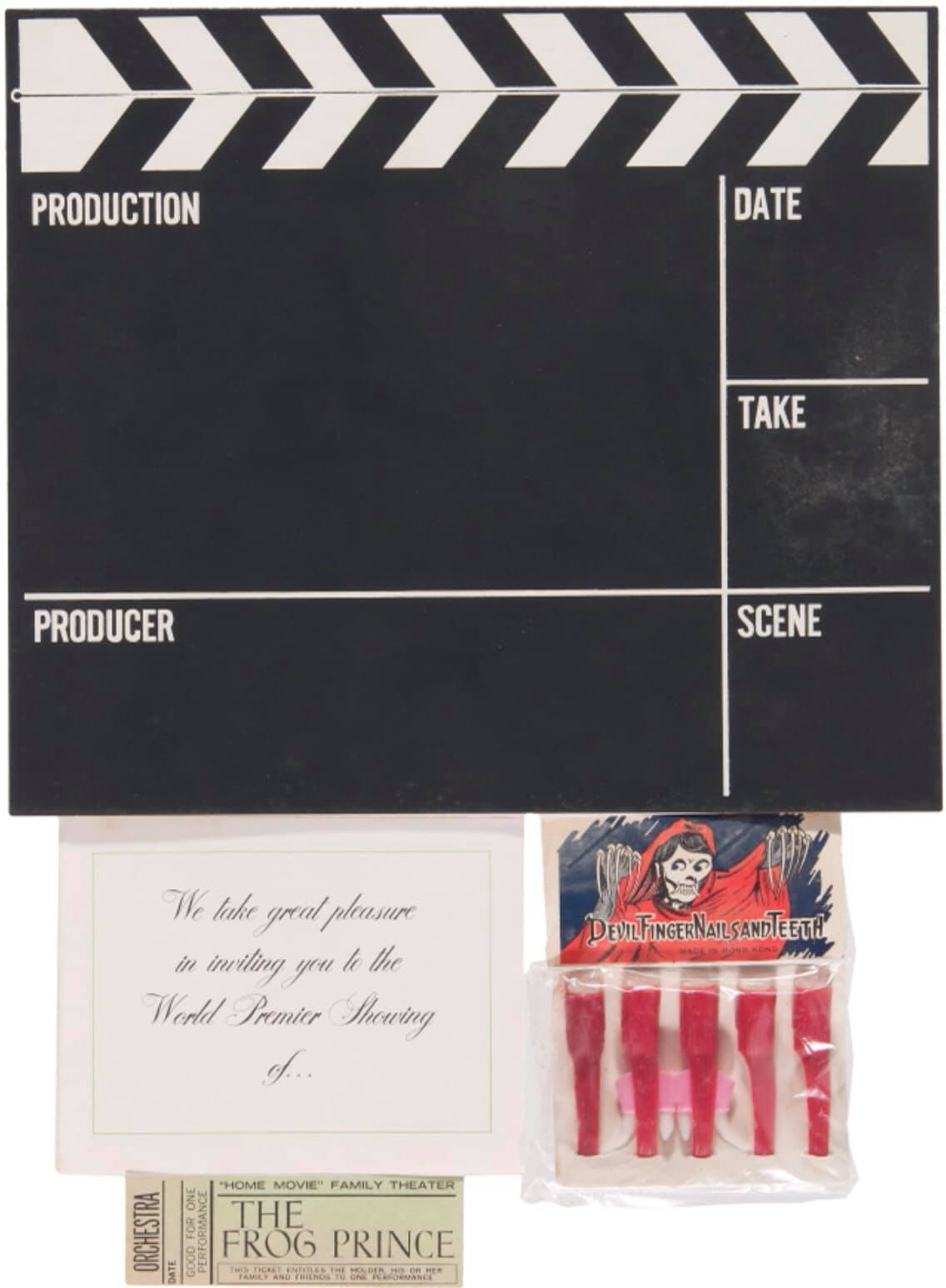 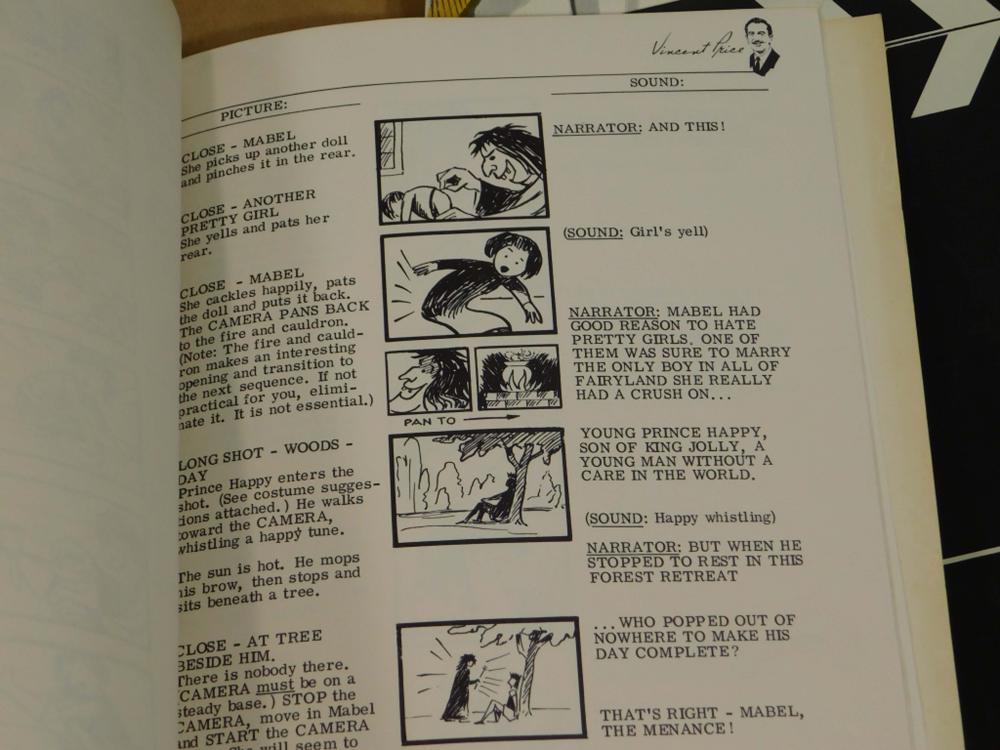 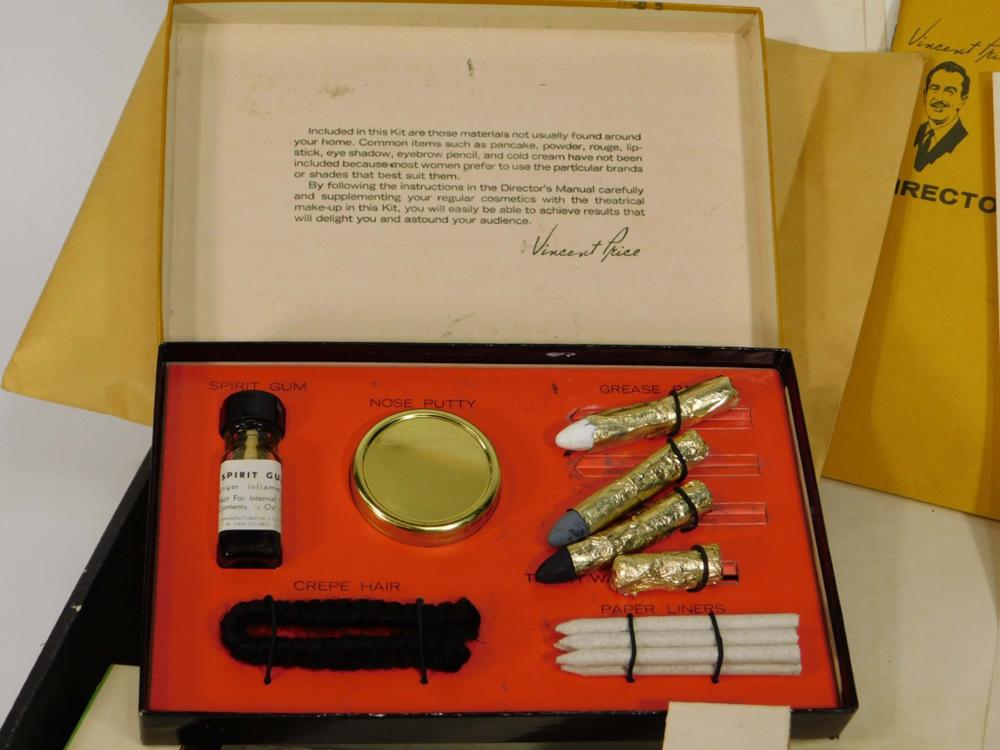