The Huntington has put on view Kehinde Wiley's take on Blue Boy. Titled A Portrait of a Young Gentleman, it's being shown opposite Gainsborough's painting in the Thornton Portrait Gallery. The installation runs through Jan. 3, 2022.

The Wiley becomes the only major 21st-century painting in the Huntington collection. The most recent American works (by Robert Rauschenberg and Sam Francis) were made more than 40 years earlier.

MOCA has had a Wiley painting since 2012 (as far as I know, it's never been displayed). Wiley's portrait of Barack Obama, along with Amy Sherald's Michelle, come to LACMA this November. 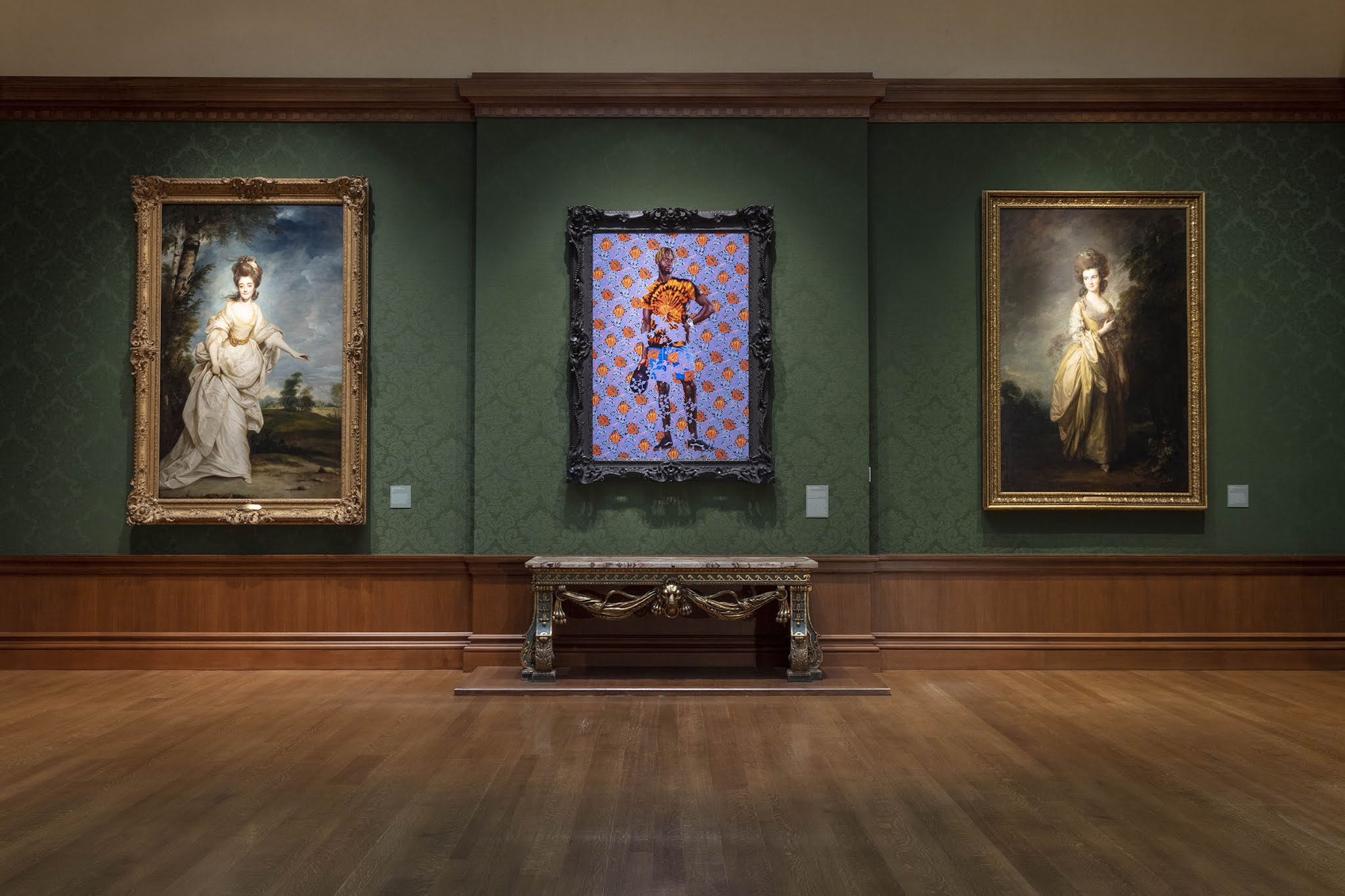 Anonymous said…
He does the same thing over and over again.
He and Kaphar exploit (hack) art history in similar ways.
Curiously, both went to the Yale Art School (5 years apart).
Kaphar has more game.

Ted Gallagher NYC said…
There'a a lovely Kehinde Wiley at the Harvard Art Museums, titled "Portrait of Asia-Imani, Gabriella-Esnae, and Kaya Palmer", 2020.
I visited the place daily all last week...my first visit [Europe a no-go].
Not a deep or particularly wide collection, but little that is not a "10".
BTW, see the Gardner's Titian poesie show....SUBLIME, although the permanent Gardner collection reminds me of an old Spanish church in the 70s, when you needed peseta coins to turn on the lights. Gardner offers no such option.
Some museums have no business caring for a fine collection. SAD.
October 7, 2021 at 1:52 PM

Anonymous said…
^^^It's style over substance.

There's no evolution or leap forward here. Wiley's paintings have more or less always looked like this.

Ted Gallagher NYC said…
In re Anonymous, above:
It is still early days. If Wiley "started out" this good, the future promises great things, in my opinion.
October 9, 2021 at 9:11 AM