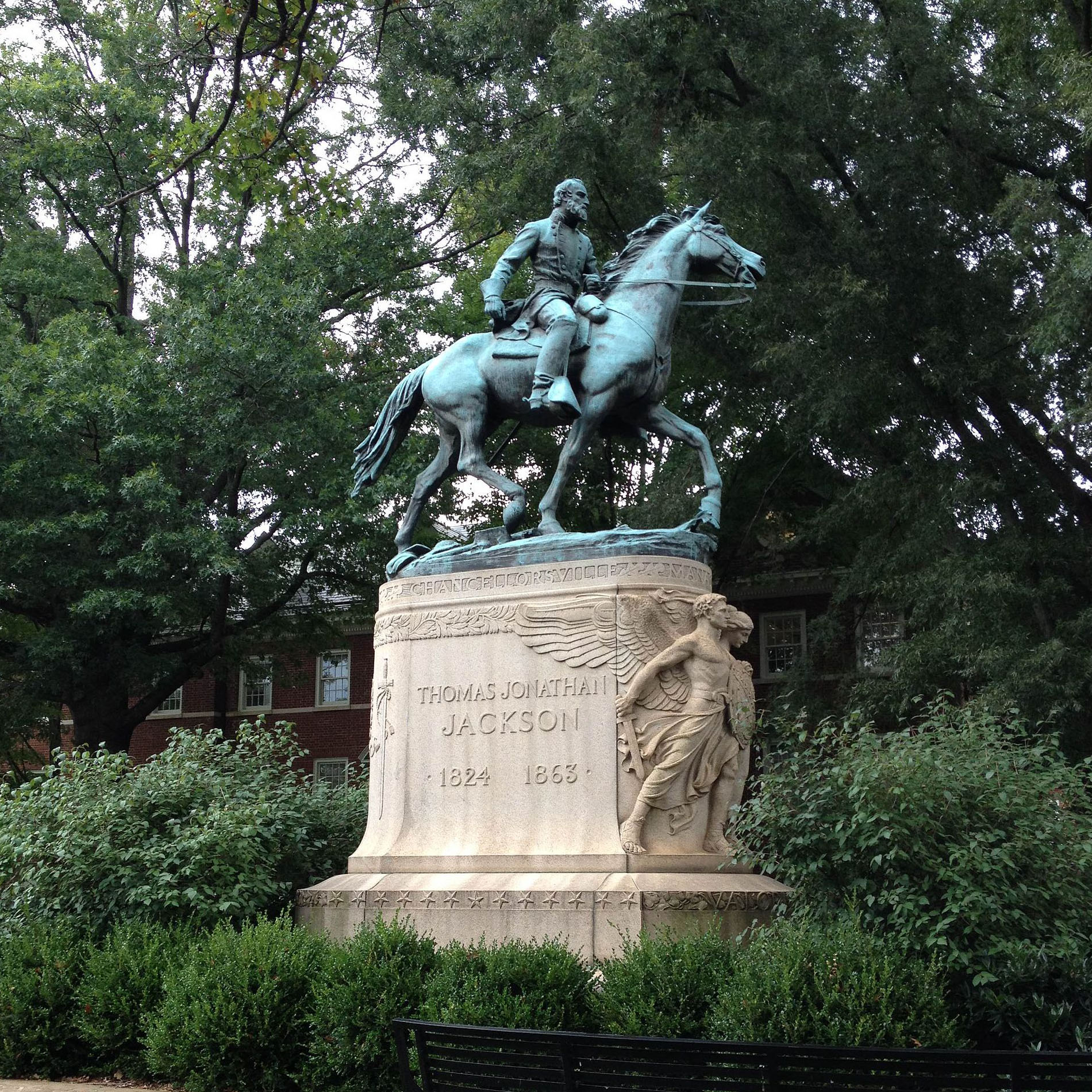 L.A.'s planned exhibition of Confederate-themed monuments and contemporary responses scored a victory with news that Charlottesville (Va.)'s City Council has approved sending its equestrian statue of "Stonewall" Jackson. The statue has been in storage since its removal in 2017. As was previously announced, another Charlottesville statue of Robert E. Lee will be melted down and recycled into a new work of public art.

The L.A. show is being organized by LAXART Director Hamza Walker and artist Kara Walker for display in MOCA Geffen, tentatively in fall 2023.

Last year, as monuments were being toppled, there was vague talk of putting them in museums where they could be contextualized. The LAXART/MOCA exhibition proposes to do just that. But local politics often stands in the way, and some officials have been concerned that the show or its media coverage may put their city in a bad light. Earlier this month Baltimore's new mayor Brandon Scott, who took office Dec. 8, rescinded his predecessor's decision to send four requested statues to the show. Both mayors are Black Democrats. Hamza Walker attributed the reversal to "chain of command. Anybody who watched The Wire knows that. It's all about chain of command."

In Charleston, SC, a lawsuit has been filed to block the loan of the city's John C. Calhoun statue. The suit was filed on behalf of "three men with ties to the Calhoun family and his supporters." A press release quoted SC Representative Lin Bennett (R-Charleston): "People are tired of Mayor Tecklenburg's woke crusade. A South Carolina monument does not belong in California."

For more on the show and the challenges of securing loans, see this ArtNet News piece.