Posting will be light through the new year. In the mean time, check out some Soviet holiday cards from the Wende Museum collection.
The jolly cosmonaut is not Santa Claus but Ded Moroz ("Grandfather Frost"). In Slavic folklore Ded Moroz was tall and skinny, wearing a blue robe. The Soviet state denounced Ded Moroz as anti-revolutionary, only to restore him in 1935. In mid-century gatherings with children, a costumed Ded Moroz would ask, "To whom do we owe all the good things in socialist society?" The children would answer: "Stalin!"
After Sputnik, Ded Moroz was often shown taking an interest in the space program. Recent depictions are sometimes indistinguishable from the Western Santa Claus, featured in Russian Coca-Cola ads. Ded Moroz continues to have political and nostalgic dimensions. In 2008 Vladimir Putin attempted to soften his image by visiting the Palace of Ded Moroz, a holiday tourist attraction in Veliky Ustyug.
FWIW, here are the most shared posts of 2021.

10. Irvine Reveals "Best California Art Collection No One Has Seen" 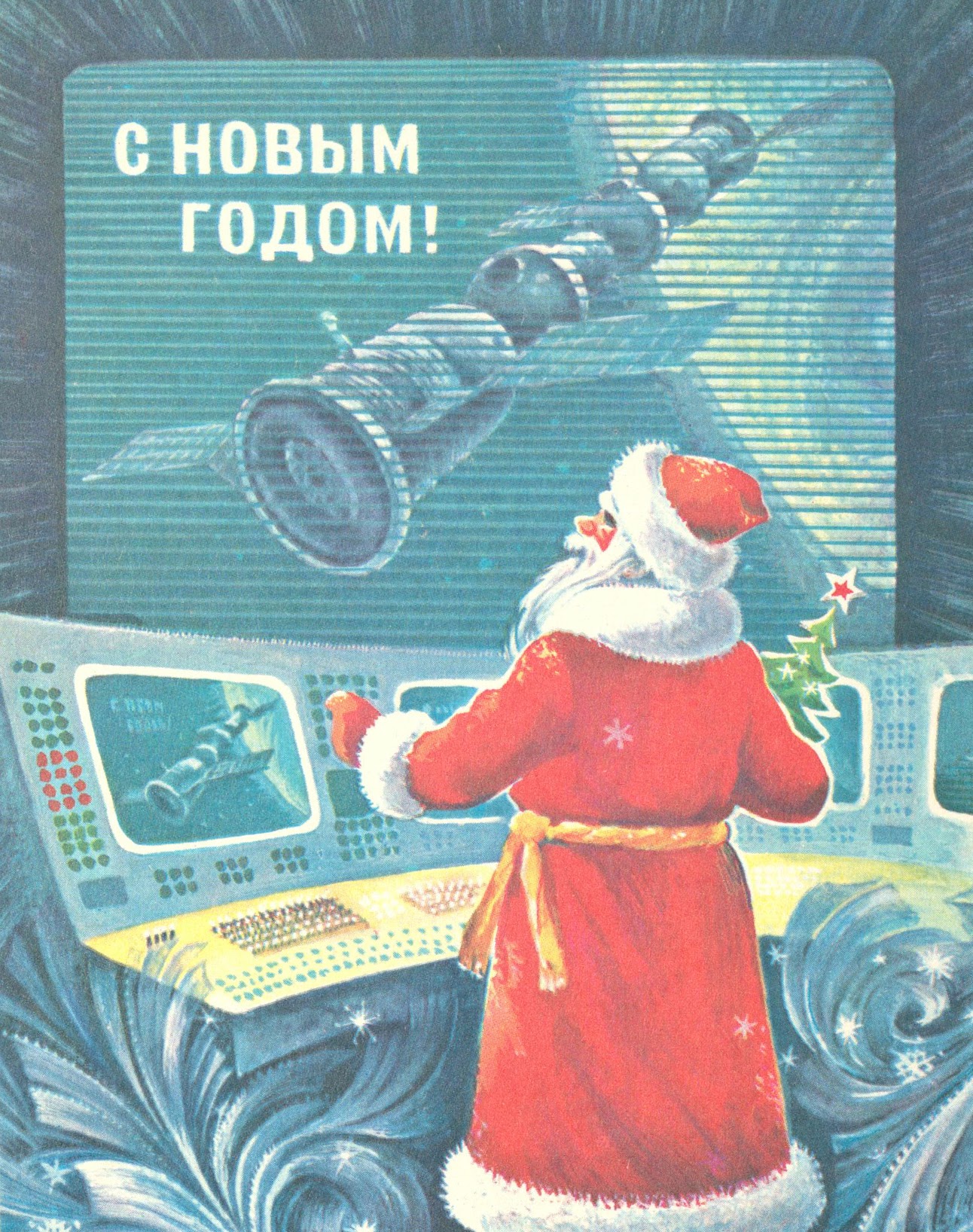 Anonymous said…
In mid-century gatherings with children, a costumed Ded Moroz would ask, "To whom do we owe all the good things in socialist society?" The children would answer: "Stalin!"
------

You see a somewhat softer version of that occurring in today's America shaped by the internet, Hollywood and Silicon Valley.
December 27, 2021 at 3:41 PM

Anonymous said…
^ People and things affecting the culture and politics suggested by this:

"It’s another example of postmodernism’s great leveling project to eradicate all hierarchies, distinctions and standards by establishing a false equivalence between opposites….I’ve never seen a museum so misuse and diminish the works of art entrusted to its care. The most dispiriting aspect of this episode is the loss of institutional self-confidence it suggests."
December 27, 2021 at 5:33 PM

Anonymous said…
^^^There is so much that is wrong with that definition of postmodernism --- from calling it a "project" to misunderstanding how it makes sense of things.