Nut Up or Shut Up


LACMA supporters Stewart and Lynda Resnick, whose eponymous pavilion is rising just behind Eli Broad's, have become the subject of the latest wingnut conspiracy theory — this one involving actual nuts. The Resnicks own the nut company currently featuring the dudalicious Levi Johnston in an ad for pistachios. According to Libertarian Republican website, that can only mean one thing: that the Resnicks want to torpedo Sarah Palin's White House hopes by keeping unwed father and Playgirl model Johnston in the limelight. Seriously.

"Now, Obama backers have launched an equally insidious deal to keep Levi Johnston in the public eye through a promotional campaign by Roll Industries for its nuts products- which seeks to profit from the former relationship between Bristol Palin and Levi Johnston. Johnston is a spokesman for the Roll's Paramount Growers division.

"Stewart A. Resnick, a billionaire liberal democrat, residing in Los Angeles, is the Chairman of Roll International. Rolls' business involves agriculture, Fiji Water, and the Franklin Mint. He is also a prime financial backer behind the Democratic Party. His wife Lynda is Godmother to Arianna Huffington's daughter.

"Many have speculated that rich Democrats would go to any lengths to keep this character in the public eye to embarrass Sarah Palin.

"It’s a sad world where the rich can score political points by attacking children to get at the mother." 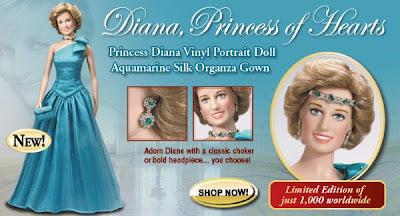 What's with this right-wing art thing, anyway? Alma Thomas has probably gotten more press in the past week than she did in her whole lifetime. Not surprisingly, there's chatter of Palin supporters boycotting Resnick-owned companies. That includes the Franklin Mint, notwithstanding the fact that the Resnicks sold it to private investors in 2006. But as Libertarian Republican's Eric Dondero notes, there's a certain irony there. Many of the Resnick enterprises "appeal to a female, largely rural and somewhat conservative demographic; the precise demographic where Sarah Palin has her greatest support."
Email Post
Labels: Alma Thomas Franklin Mint LACMA Levi Johnston Lynda Resnick Sarah Palin Stewart Resnick