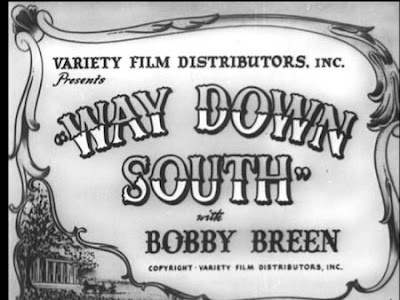 "Harlem at eight P.M.! That’s like Hollywood in 1840." That was Carl van Vechten's cocktail wit about the time- and site-specific Harlem Renaissance. The Huntington Library's impressive "Central Avenue and Beyond" show demonstrates that the "renaissance" was to some extent national. At one time, sections of Los Angeles, San Diego, and San Francisco were each billed as the "Harlem of the West." Though the Huntington focuses on lesser-known L.A. figures, an interesting subtext is that 1930s California was not nearly as culturally isolated as you might think. Two Harlem Renaissance luminaries, Langston Hughes and Richmond Barthé, spent part of their lives in the Los Angeles area. They even had improbable Hollywood connections.
Hughes came to L.A. for the best of Barton Fink/Californication reasons, to make a movie. Actually, he had gone east before west. In 1932 Hughes traveled to the Soviet Union with the purpose of making a film about the oppression of blacks in the U.S. Nothing ever came of the project (except to provide fodder for Hughes' 1953 grilling in the Joe McCarthy hearings). By the end of the decade, Hughes was in Hollywood, co-writing the 1939 RKO musical, Way Down South. The movie must be the polar opposite of what the Russian film would have been. 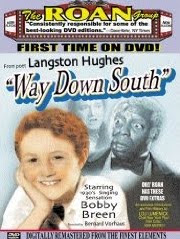 It's a vehicle for a forgotten child star, Bobby Breen, who plays an irrepressible orphan/slave-owner. An evil Simon Legree type wants to steal the plantation from underneath him. The young massa and his slaves foil the baddie — all so that the slaves can remain slaves of the cute white kid. Hughes' co-writer, Clarence Muse, played a supporting role, and Matthew Beard, otherwise remembered as "Stymie" of the Little Rascals, was a slave boy. Oh, well. At least Hughes gets top billing in the recent DVD release. But the figure to watch is Muse. An actor in 1920s Harlem, he became the first black Hollywood movie star, living and acting through the 1970s. Renita Lorden, who is writing his biography, gives a lecture on Muse at the Huntington on November 12.

A different sort of Hollywood ending awaited the Harlem Renaissance's great sculptor, Richmond Barthé. Mississippi-born, Barthé had a one-artist show at the Whitney in 1934. He was 33, and in those pre-MFA days, that meant something, all the more so for a gay black man. The Whitney bought three works out of the show. By the 1940s, Barthé's success had started to unravel. Abstract expressionism made his work look increasingly passé. Barthé moved to Jamaica, it's said, on the advice of a doctor who believed city life was killing him.
There he was a kind of pan-Caribbean celebrity. He executed the 40-foot-high statue of Haitian revolutionary Jean Jacques Dessalines for Port-au-Prince and designed Haitian coins that are still in circulation. LACMA's "Inner Music" (1956, left), dates from the Jamaican period. Barthé then lived a cosmopolitan life in Switzerland, Spain, and Italy, until the money ran out. Finally, he sold everything and decamped to Pasadena, where one of his remaining admirers had agreed to rent him a cheap apartment. 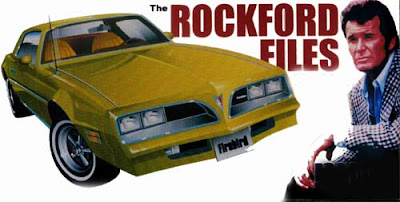 TV actor James Garner ("The Rockford Files") found out about Barthé's financial plight and began paying his rent and medical bills. Garner also financed new editions of Barthé's bronzes. There's now a Barthé Drive in Pasadena (just off the 210 and not far from Jackie Robinson Park). 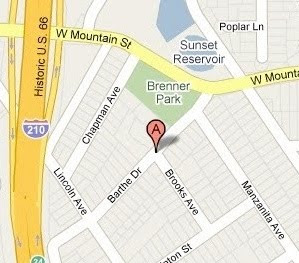 The Huntington show features loans from the not-yet-open Mayme A. Clayton Library and Cultural Center. Clayton was a USC, then UCLA librarian who assembled one of the best private collections of African-American material ever on an average person's salary. There aren't too many Clayton pieces in the Huntington show, and some are reproductions of posters. (The show's main take-away is how much Central Avenue material the Huntington has. Who knew?) As to the Clayton, it's got a website and the "soft opening" is set for early 2010. It's destined to be the third jewel in Culver City's cultural triple crown (the others being the Wende Museum and the Museum of Jurassic Technology).
Email Post
Labels: Harlem Renaissance Huntington Library James Garner Langston Hughes Mayme A. Clayton Library Richmond Barthe

Donald Frazell said…
Those who were the most important, along with Hughes and other literary types, were the musicians like Ellington, and then the beboppers who amassed there as their music we too esoteric for the "intellectuals' til after the intelligent "common" man found its true connection to passion and the world, it was musical cubism.

And there were many African American artists far more modern and evolved than their white counterparts, like Charles Alston, whose work mirrored that of Rufino Tamayo in Mexico taking George Braque's cultural emphasis but to universal themes and language. Most talked about are the more safe and mediocre artsits, like Jacob Lawrence, who was truly an illustrator, and he would have been fine with that label.

Musicians like Dexter Gordon came from LA, and then Billy Higgins and Eric Dolphy. If you dont know who they are you dont know modern music. The greatest visual artist by far was Hughes friend and lifelong social worker, as all true artists have real lives outside of the inbred art world, was Romare Bearden. The Piano Lesson was a collage by Bearden, created into a great American play by August Wilson.

Roy Decarava just died, whose books, especially The Sound I Heard, documented the true Harlem of the 40s and 50s, one he grew up in as did my ex father in law, who knew him and got me a signed copy. The Harlem Renaissance truly arrived and evolved into the modern jazz of Miles and Bird and Coltrane. They are ignored by the white "intelligentsia" for being too radical, even though they pretend it is just some music, it really hurts their heads as its passion and ideas and physical artistry is just too intense for them.

These works led to the civil rights revolution, which was completely created by black folks in the 30s through 50s, including lawyers like Thurgood Marshall and my father in law Emil, far before white folks got it in the 60s, typical jonny come latelies. Beatnicks were just posing white boys trying to be cool, completely stealing the lingo and clothes of the Boppers, like Monk and Dizzy, corrupting them into mediocre expressions of themselves, instead of life.

Instead, all African works are categorized by white America as "ethnic" when truly global as they looked to other continents not just Europe. White American artist are as ethnic as you can get, as they ignre all other cultures, stuck on academic "ideas" of an inbred and limted nature. And other culture artists like Ravi Shankar hated the pop white world, used by the Beatles, when he had been given respectful studying from Coltrane and other Avante Garde jazz men far before the mopheads went to steal a veneer of their sound, never truly comprehending it. Never truly trying in their arrogance. And so, lullabies. Typical cultural imperialism.

The Harlem Renaissance covered many activities for far longer than academic studies like this want to believe, they dont know. They are ignorant, willfuly. They dont want to admit their equality, let alone their true creative inferiority. And so,

academia delenda est
It is inbred, self peretuating and filled with easy mediocratizing generalities, and never truly does anything but scratch the suface, because it doesnt want to know. Yet it is all there, for those who desire the pinacle of mind, body, and soul. A Love Supreme. Of humanity, nature, and yes, god.