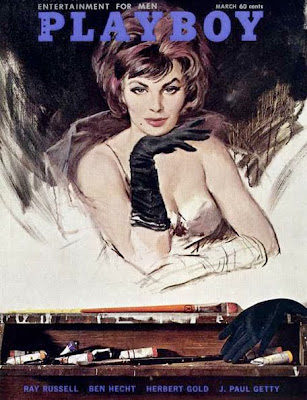 In his Playboy magazine columns of the early 1960s, J. Paul Getty faults American businessmen as rapacious "barbarians." Yet Getty himself often gives the impression that the secret of art appreciation is to buy low and sell high. He presents art collecting as a populist enterprise—uh, because it doesn't take much money?

Obviously the average person is not financially able to go on a shopping spree for Rembrandts, Fragonards, Gauguins… But even the individual who has only a few hundred dollars to spend can buy good works of art—objects that are of high quality and that will retain or increase their value.

Nor is it even necessary to spend thousands—or even many hundreds—of dollars to start and build an art collection that will almost certainly increase in value in the years to come.

There are—and always have been—many opportunities to obtain real bargains in art. 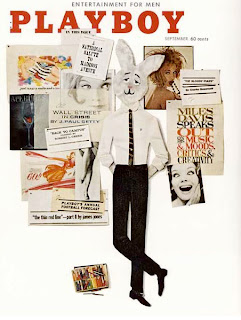 This attitude was all too familiar to the Getty Museum curators of the time. Getty believed that not only art collecting, but the running of a public museum, could be done on the cheap. At first, Getty did not even want to pay for museum guards; he settled on UCLA grad students. Confronted with a $17 bill for an electric pencil sharpener, the richest man in the world wired his agents to cease and desist from such profligate folly. "He liked to associate with large objects rather than small ones," said painting curator Burton Fredericksen. "He was getting more for his money if he had a big picture." (Most of Getty's "big pictures" were wrecks, studio copies, or both.) Getty was famous for having a pay phone in his England manor house, and similar economies prevailed in Malibu. "To make a long-distance telephone call, you had to get permission from the board of trustees," recalled decorative arts curator Gillian Wilson. "They only met once a year."
Email Post
Labels: Burton Frederickson Gillian Wilson J. Paul Getty Playboy magazine