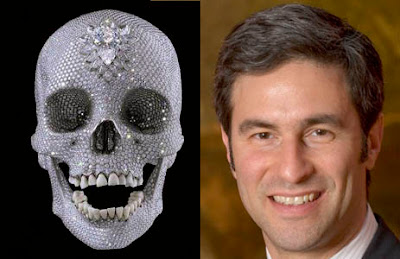 The Toronto Star has named Michael Govan the person to watch in the visual arts — not just in 2010 but throughout the upcoming decade. It's good to hear that Canadians are taking note of the Left Coast, but you'll need to read the whole article (by Murray Whyte) to understand why Govan may not be appending this particular honor to his résumé.

I'd keep an eye on what Michael Govan is doing at the Los Angeles County Museum of Art. Deftly managing an omnibus institution whose collection spans natural history – it features a large-scale interpretive park of the La Brea Tar Pits – ethnographic craft, a millennium of art history, as well as contemporary practice, Govan, the former director of the devoutly contemporary Dia Center in New York, understands that the compact with an audience is simply to provide them with affecting wonder. To that end, the museum is responsible for major new works by Jeff Koons, Michael Heizer, Chris Burden, and almost too many others to count. By 2020, LACMA will be a model for all such museums – if it isn't already.

(Just for the record, LACMA has not annexed the tar pits and Page Museum; it's got three+ millennia of art history; the Jeff Koons Train is still hypothetical, absent a $20 million-generous patron; and Govan's major new commissions, while impressive, are countable on one hand.)
Another fearless Whyte prediction: The pendulum will swing away from the "gruesome" Damien Hirst excess of the past decade, and then swing right back again, so that "by 2020, we should be doing stupid, elaborate things for millions of dollars once again. Probably with diamonds. And hovercrafts made of gold."
Email Post
Labels: Damien Hirst Jeff Koons La Brea tar pits Michael Govan Page Museum

Donald Frazell said…
It certainly will if new and real talent isnt attracted to the stagnant visual arts. Most goes to the sciences and film, no, not "video art". And sports, believe it or not, there is far more talent, physical, mental, and spiritual in sports now than art. I have done both, its not even close. Athletes put themselves on the line everyday, and get real feedback, you succeed, or fail. Deal with it. Work get better, or at least die trying. Go out like an adult.

The arts havent dealt with anything, they are backwater "eccentrics" and jesters, like an old funny uncle, or annoying dorky cousin. Technology gets the "smart" people, even some creatives, leaving the visual arts with the wannabes. This can most certainly change, but not til artistes take personal responsibility, instead of always finger pointing, since as they dont really do anything, they arent out there to be judged, as an athlete is.

And an opportunity is here, now. Will any step up to the plate, work on thier game, develop true fundamental skills to the point where one can surpass them by having them so ingrained they are there when not even seen but are felt? Or strictly remain illustrators of the whims of thier patrons, like the Pavlovian dogs they have so willingly become. Far easier to be "trained", than to push ones limits and surpass the status quo by laying it all on the line, developing mental, emotional, and spiritual toughness.

We are born but empty silos, with a certain temperament and latent abilities. We are the sum of our decisions, constantly filling the silo with as much information as possible, not just what we want to deal with, and then making connections, seeing the layers, building a reflection of the world around us, ALL of it, not just a small commune of children in day care centers.

If artistes become men and women, and participate again in the world, fulfill their role, work with purpose, art can avoid such a dismal future. Trained puppies, when loner wolves are called for.
Now is teh time, art is called for. Will artists answer the call?

art collegia delenda est
Fine art collegse must be destroyed.
Save the Watts Towers, tear down the Ivories.
January 4, 2010 at 8:28 AM

David Moss said…
Ah, Donald Frazell, as pig-ignorant in 2010 as he was in 2009... He's like a climate-change denier, totally uninformed and pulling reel-troo-fax out of thin air to support fantasy faith, and thus cannot be argued with. My advice: Go to his web site, look at his (unintentionally hilarious) "paintings" and when your eyes stop burning call the Vatican and beg their intervention.
January 4, 2010 at 4:50 PM

Donald Frazell said…
My apologies, I simply am not "clever" enough to reign supreme with the ever so gifted and talented members of the Contempt generations, something called life happened, and had to be attended to. Didnt learn any wonderous concepts such as, Look at me, i am an artiste! Oh, woo is me! how dare i waste me time learning history, you know the real kind, Byzantine and Hellenic, when i could have been spending someone elses money on an art degree?!

I only had enough to go to museums and libraries, studying such hacks as Goya, Gauguin, Soulages and Tamayo, What an uneducated and naive man i am! For men are not longer called to art,m I shoulda put down the basketball and sat around all day discussing the incredible ideas of Warhol and Hirst! the selfless manliness of Bacon and Freud!

Sorry, my sincere apologies on a terrible educational background, how dare i ever compete with those ever so learned and hard earned skills of MFAs? Where color and line and passion are so well taught,by the way, love your work.
LOL!!!