African-Print Fashion at the Fowler 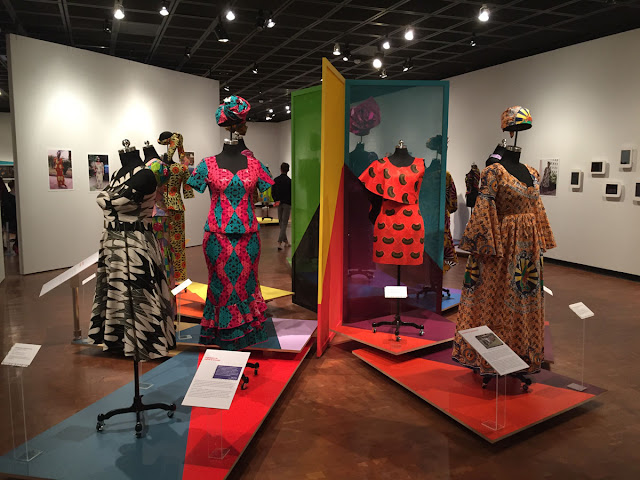 In 2014 the UCLA Fowler Museum did a small show of printed cloths from Ghana. The museum has just opened a much larger exhibition, "African-Print Fashion Now!: A Story of Taste, Globalization, and Style," exploring how print textiles are used in clothing at all price and taste points.
The printed cloths of African markets are known generically as "Dutch wax." It's a wax-printing process, pioneered by Dutch textile firms. Today such prints and their successors are considered quintessentially African, though many are made in China, from Dutch designs, drawing on American pop culture. Below is Obama's Key to Success, a paean to consumption that Americans would read as more Trump than Obama. 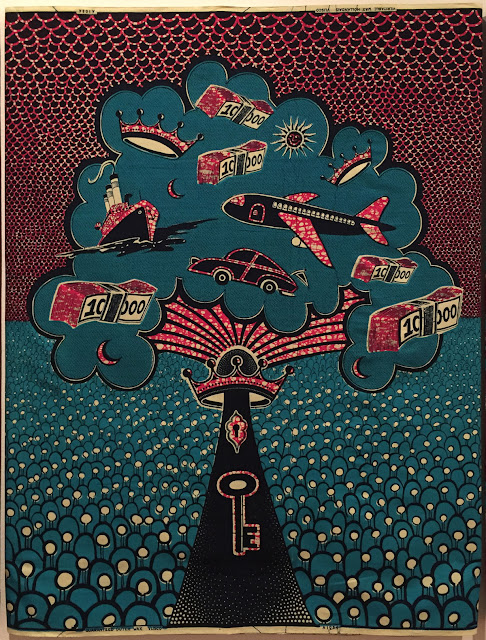 Those who think fashion shows dull will find that the colors, patterns, and sculptural qualities put this exhibition in a class of its own. Shown are Nigerian women's outfits by an unknown designer/seamstress of Lagos and Regina Chinwe Uchechukwu of Onitsha (2016); a black-tie ensemble by Walé Oyéjidé, for the Philadelphia-based Ikiré Jones label. 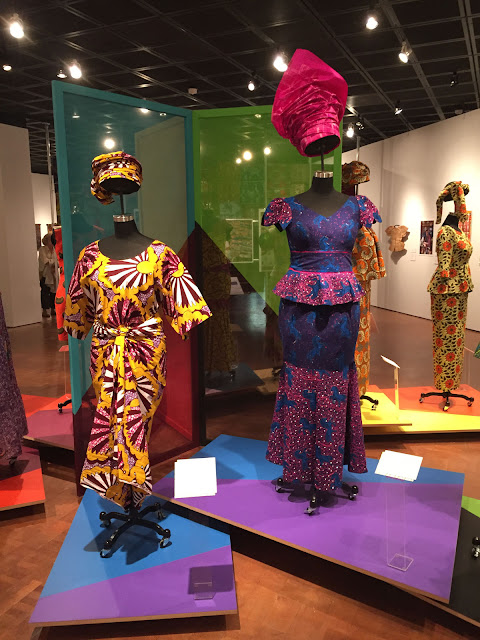 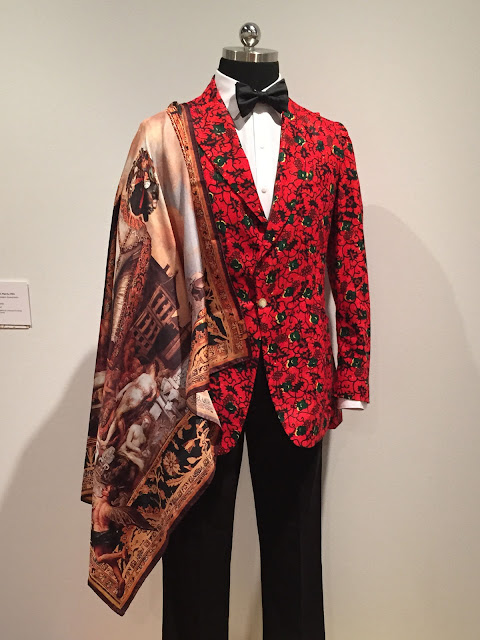