Mengs' "Salvator Mundi" Gets a Make-Over

Anton Raphael Mengs' long-lost Salvator Mundi (1778) came up for auction in Munich in September 2015. Once an icon of neoclassicism, it was known only from copies until the original was identified by Steffi Roettgen. The painting was auctioned as-is, with a crack on the right of the panel and many small areas of damage: "Due to the complexity of Anton Raphael Mengs' technique, the preservation and restoration of the surface should be reserved for careful restoration after thorough analysis of the current state of preservation."
LACMA's website shows it now owns the painting. Judging from the site image (at top; the painting is not yet on view), there's been an amazing transformation.
American collectors and museums were late in warming up to neoclassical painting. When they did, they favored the French school of David and Ingres, drawing on Greco-Roman antiquity. An understudied phase of Neoclassicism was Germanic and sometimes treated Christian themes. Besides the Salvador Mundi, LACMA has a Mengs portrait, and a full-length portrait by Pompeo Batoni, who was in some ways Mengs' inspiration. The Salvador Mundi was based on Batoni's savior in Rome's Church of Il Gesù (1767). 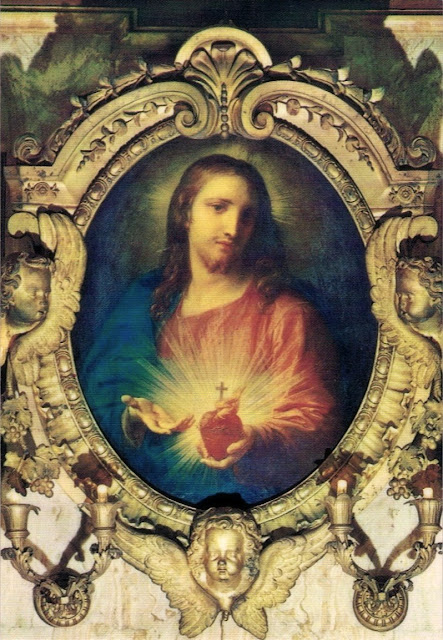 Bohemian/German Mengs imagined a Jesus who is symmetrical, androgynous, and not especially Jewish-looking. That conception still informs religious illustration, from Watchtower to Jack Chick to South Park.

Kamila w/ LA Art Labs said…
Thank you for your kind feedback on my conservation of this remarkable piece in LACMA's collection! Have you had the chance to see it in person prior to the shut down of the Ahmanson building?
January 8, 2020 at 1:01 AM