New Poems and Drawings for the Getty

The Getty Research Institute and Museum have added paper works to be featured in upcoming exhibitions. The GRI has acquired concrete poems by Augusto de Campos and Ian Hamilton Finlay, spanning the movement's unlikely Brazilian-Scottish axis. They'll be shown in the GRI's "Concrete Poetry: Words and Sounds in Graphic Space," March 28–July 30, 2017 at the Getty Center.
Rhyming with the Finlay is Fragonard's A Shaded Avenue (c. 1774), acquired by the Getty Museum last year. It's draftsman Fragonard at his most brilliant, close to a well-known sheet in the Musée du Petit Palais, Paris. There is a painting of the subject in the Metropolitan Museum, smaller than either drawing. The Italianate site may be French—or imaginary. 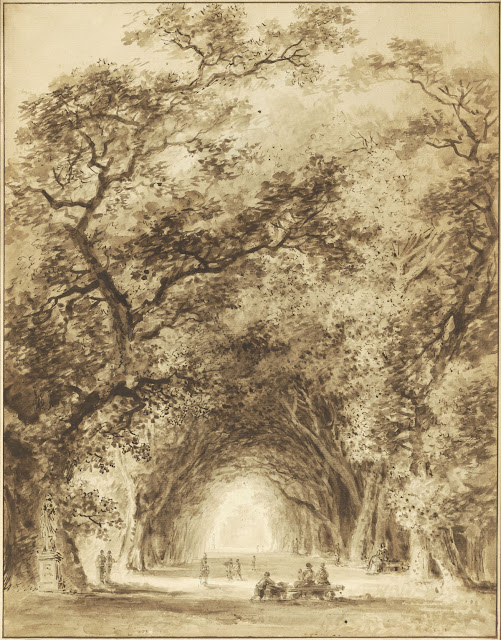 Also new to the museum drawing collection is Franceso Guardi's Regatta on the Grand Canal (c. 1778). This too is one of several versions of a presentation drawing, bigger (27 inches wide) than many of the artist's paintings. This and the Fragonard are the most important Old Master drawings the Getty has acquired in several years. A drawing show titled "The Lure of Italy: Artists' Views" opens at the Getty Center May 8 and runs through July 30, 2017. 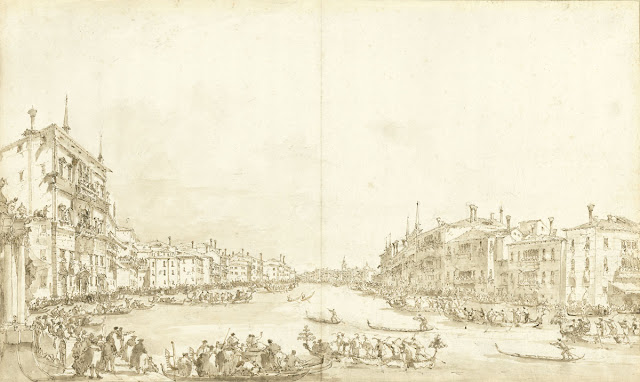