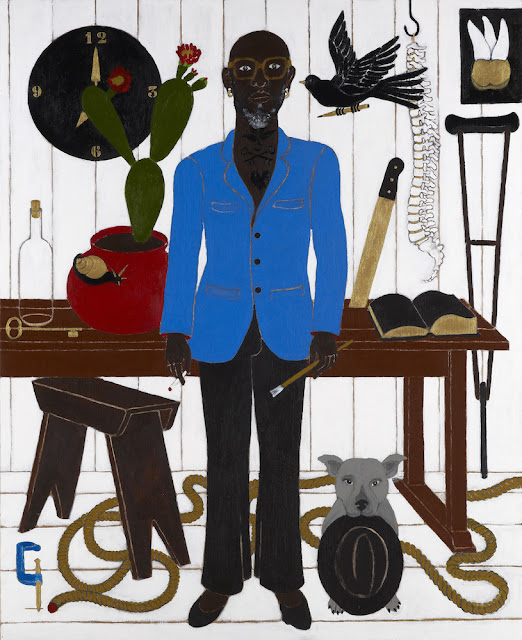 The Underground Museum has won the Foundation for Contemporary Arts' Ellsworth Kelly Award, a $40,000 grant to support an exhibition. It will go to a show of Nigerian-born painter Abe Odedina, who lives in London and Salvador, Brazil. It's described as the first single-artist show of Odedina in the U.S., and it sounds like it will be the be most ambitious exhibition ever for the UM. Karon Davis and Megan Steinman will curate. (Shown, one panel of Odedina's Adoration of Frida, 2013.)

Odedina studied to be an architect, but a trip to Salvador convinced him to become an artist. The UM exhibition is scheduled for spring 2019. In the mean time the UCLA Fowler Museum has a show on Salvador's syncretic art scene opening this fall ("Axé Bahia: the Power of Art in an Afro-Brazilian Metropolis," Sep. 24, 2017–Apr. 15, 2018).
Email Post
Labels: Abe Odedina Underground Museum