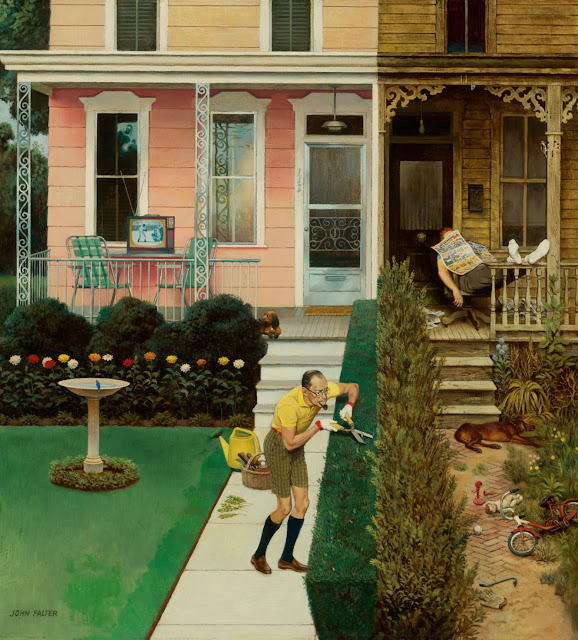 Writing in Mashable, Josh Dickey offers an interesting theory: that the Academy Museum of Motion Pictures could open about the same time at the Lucas Museum of Narrative Art. That's an outcome that neither presumably would want, as it would deprive each of their moment in the undivided spotlight.

As things stand now, the Academy Museum is slated to open in 2019 and the Lucas in 2021. But big museum construction projects never open on time. The Academy Museum's opening has already been pushed up from 2017. The odds are the Lucas timeline will slip too.

Dickey's premise is that the Academy Museum is facing stiffer headwinds than the Lucas is. The Lucas has a single client to please, and he's putting up all the money. The Academy must placate many stakeholders, most of them egotistical. Fund-raising has stalled while the budget has increased from $250 million to $400 million. This past April Variety quoted an unnamed "Academy insider": "We are really concerned right now that we won’t have enough money. This could be a catastrophic situation."

(At top, a bit of narrative art from the Lucas collection: John Phillip Falter's Sunday Gardening, 1961.)

Anonymous said…
Meanwhile, the Academy museum's neighbor, LACMA - which is having its own issues in raising enough money for new construction - will be feting George Lucas at one of its upcoming fundraising dinners.

The two museums on Wilshire Blvd both appear to be making the same mistake of thinking "if they build it, they will fund." Not necessarily.

Questionable judgment all away around.

With the International Olympic Committee presumably hosting one of its own notoriously over-budgeted deals near the Lucas Museum in 2028, I hope the future doesn't end up a giant cluster*uck for the city of Los Angeles.
August 9, 2017 at 7:30 AM

Anonymous said…
The Academy Museum may be on precarious financial ground, but it's way too early to claim the same of LACMA which hasn't even moved dirt yet, and probably won't until they're reached a certain point in their fundraising goals. Unlike the people in charge of the Academy, who are attempting something they have no previous experience doing, LACMA and Govan are well-versed in the art of raising money. LACMA face challenges and timelines, but they haven't yet made the mistake of getting ahead of themselves.
August 9, 2017 at 8:30 AM

Zack said…
I do hope all these museums are built (er, rebuilt in the case of LACMA). LA should have at least one great museum for its most famous industry and if we get two, well, the more the merrier. And since it seems as though the Lucas museum will be quite different from the Academy museum, I really think there is room in town for both, even if they open at the same time.

As for the LACMA redesign: build it! LACMA's current campus is an embarrassment and does the wonderful collection a great disservice. I want to point out that great things very often cost a great amount of money - the Sydney opera house and Disney hall weren't cheap but I think we can all agree that they were worth the money spent and make our lives and our world a bit better. The LACMA proposal is beautiful.
August 9, 2017 at 3:25 PM

Anonymous said…
The "Sunday Gardening" illustration (since purists wouldn't want to call that a painting) is enjoyable to look at. Call it a guilty pleasure.

I know the art critic for the LA Times is a big stick-in-the-mud about the Lucas collection. But the part of the public that gets a kick out of 20th-century representational forms of artwork deserves to be catered to no less than the loft-and-hipster abstract crowd, such as those currently served by the Broad, MOCA or the Hammer.

The world would be quite boring if we all had to march in lock-step to the same form of cultural enrichment. That's why I like the idea of another museum, the so-called encyclopedic LACMA, celebrating George Lucas at an upcoming event.

However, as I posted this morning, I still believe LACMA is risking the integrity of its own operations with a massive slash-and-burn rebuilding project.
August 9, 2017 at 9:46 PM

Anonymous said…
LACMA is in dire need of a rebuilt campus. The current layout is too confusing and the buildings have dated horribly. I'm just not a fan of LACMA's redesign proposal. I think Govan is more concerned about creating an iconic piece of architecture rather than creating a great display for LACMA's collection. Its form over function.

As for this article, I don't see a problem with having 2 movie museums. Lucas's museum seems to be more educational-based, while I'm sure the Academy Museum is going to be another vapid crowd-pleaser. If the Academy was smart, they would've bought Debbie Reynold's legendary movie memorabilia collection instead of forcing her to give up and auction it all away. Lucas will be fine. We have enough highbrow/hipster art museums, I think Lucas will find his niche with his "illustrations".
August 10, 2017 at 7:55 AM