Gods and Gold at the Getty Villa 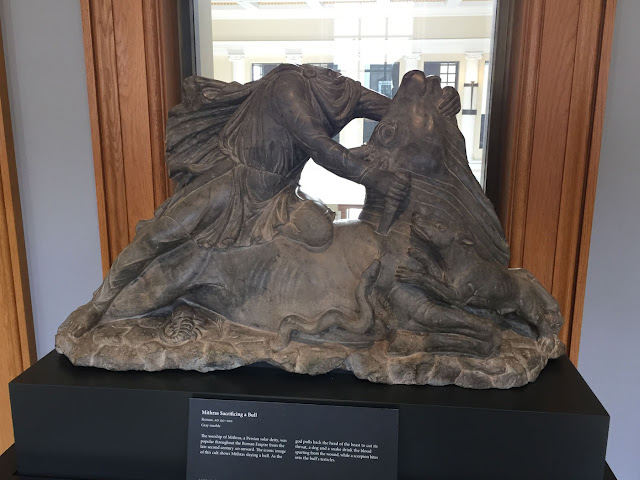 Several new loans have gone on view at the Getty Villa, now in the midst of reinstalling its collection. One is an extraordinary gray marble Mithras Sacrificing a Bull (Roman, late 2nd century AD) from the Santa Barbara Museum of Art. Mithras, the Persian sun god, inspired a mystery cult in Rome. Adherents underwent a series of theatrical initiations (not unlike the Freemasons). The subject, known in about 700 surviving examples, shows Mithras stabbing a bull as a dog and snake lap its blood and a scorpion stings its testicles. Though the god's head is missing, this is one of the best-preserved and most artistically accomplished of its type. 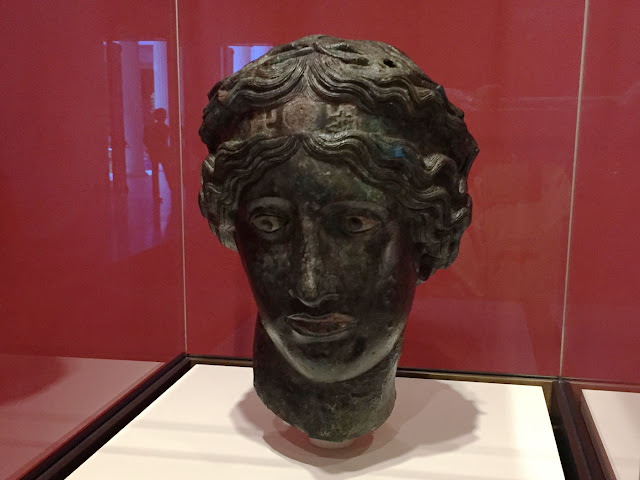 A Belgian collection has lent a bronze Head of a Youthful Bacchus, Roman and dated 100 BC to 100 AD. Dionysus/Bacchus had his own cult. The early Greeks envisioned a bearded elder. From Hellenistic times onward he was conceived as young and gender-neutral. 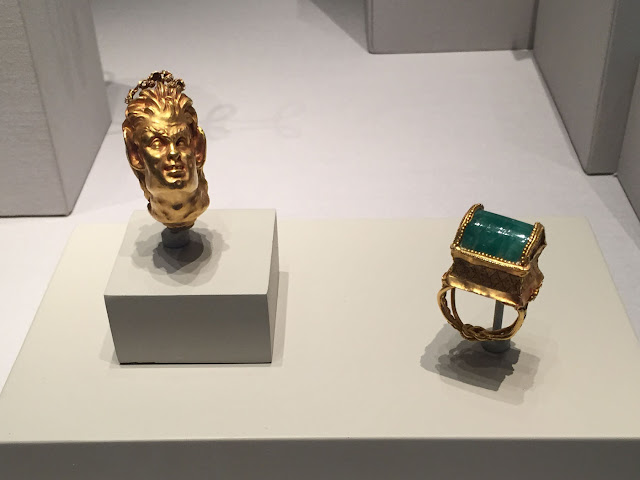 Two Greek gold pieces, 2nd century BC, are anonymous loans. One is  a satyr's head, made as a bracelet terminal. The other is an emerald mounted in a granulated gold ring.

Mithras Sacrificing is in a second-floor hallway newly installed with 2nd century Roman philosopher-types—the first phase of the museum-wide chronological installation set to debut next year. Speaking of loans, the Art Newspaper reported that the first installation of the planned Ancient Cultures in Context room will feature Palmyra, with objects from Copenhagen's Ny Carlsberg Glyptotek. 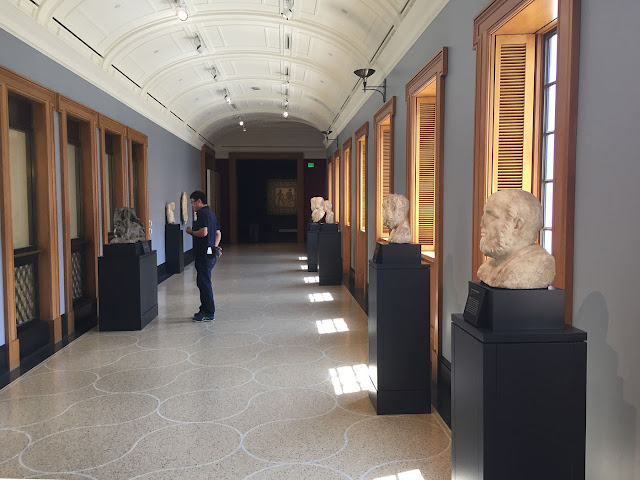