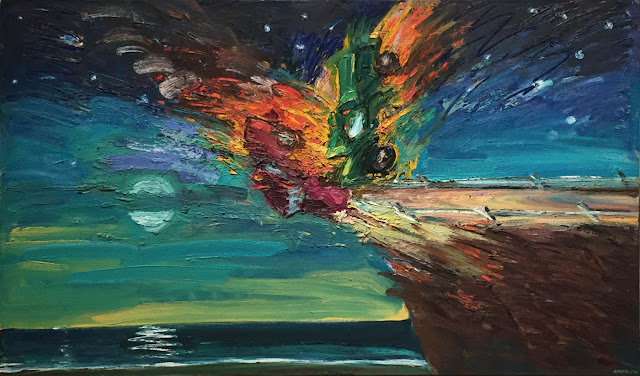 Car crashes were to Carlos Almaraz what swimming pools were to David Hockney. As LACMA's "Playing with Fire: Paintings by Carlos Almaraz" demonstrates, the crashes are a relatively small part of big oeuvre. Yet they stand out, and "Playing with Fire" includes several exceptional examples that have rarely been shown or reproduced. The most stupendous, lent by Jack Nicholson, is Over the Edge (1984, top of post). It is a metaphor for life on the edge and an experiment in retinal paint-handling, in equal parts populist and strange. 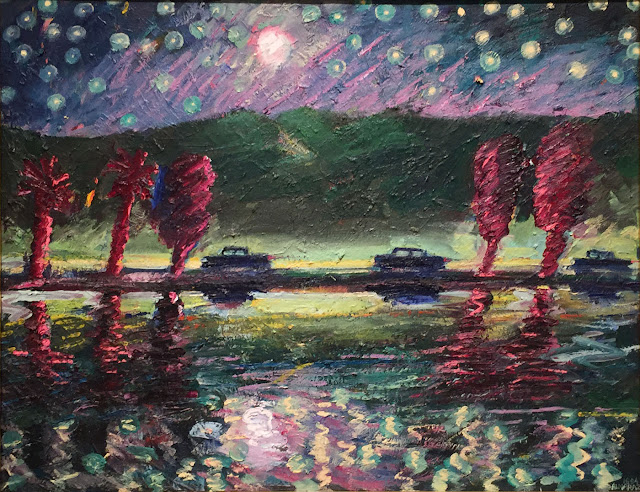 "Playing with Fire" includes landscapes of Echo Park, transmuted into a Renaissance idyll and evoking the styles of Manet, Monet, and van Gogh (above, Starry Night, Echo Park, 1984). A four-panel, 24-foot-wide Echo Park Lake (1982) is here reunited after being sold off panel by panel. 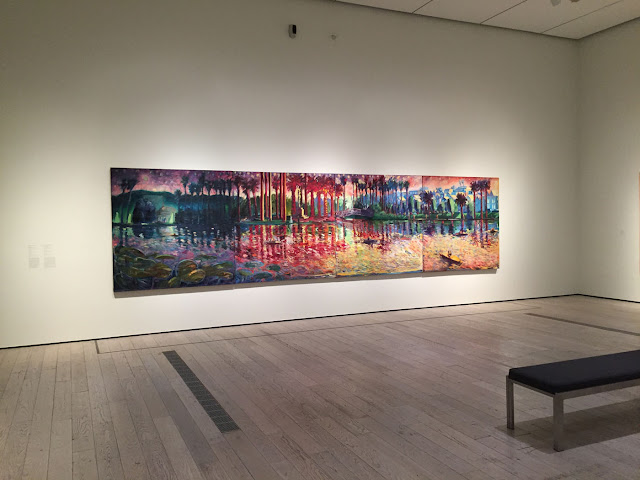 Other works draw on Mesoamerican art and folklore. There are hetero- and homoerotic paintings and drawings, some too scandalous to have been shown before. Almaraz, married (to activist Elsa Flores) and bisexual, died of AIDS in 1989, at age 48. A room of the artist's journals, drawings, photographs, and ephemera show how much future biographers will have to draw upon.

Below, both from 1988: Naked Jester and California Natives. 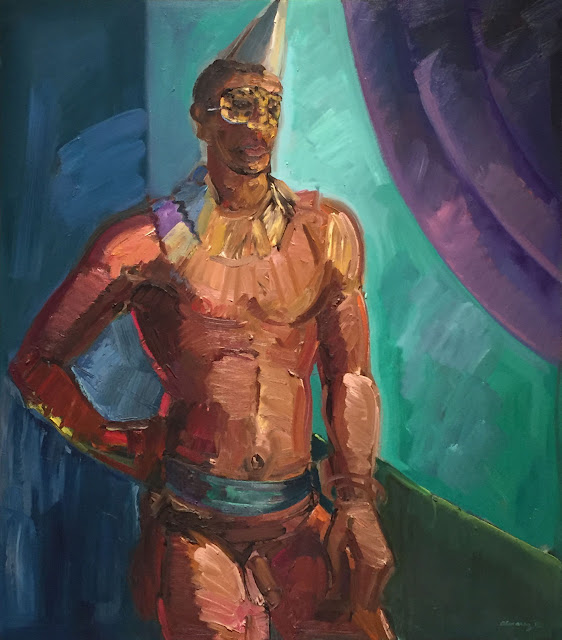 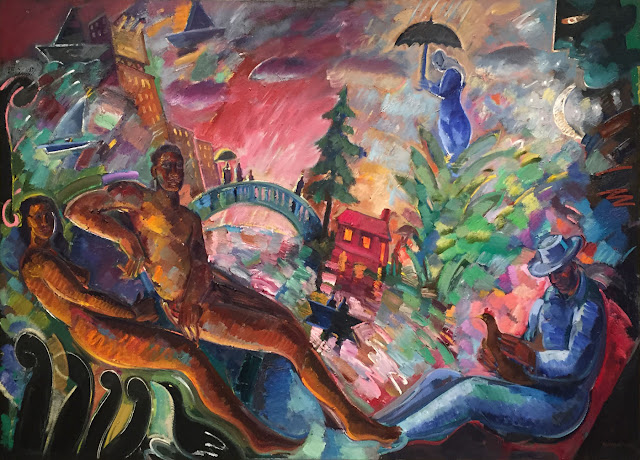