"Axé Bahia" at the Fowler 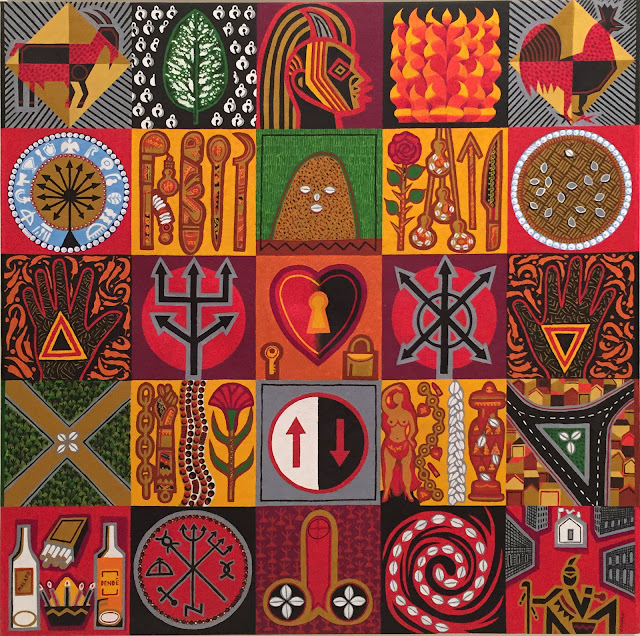 Brazil's Salvador de Bahia is known as the Black Rome. A former terminus of the Atlantic slave trade, it has become Afro-Brazil's hippest metropolis, a center of contemporary art. As in Rome, much of the art is religious, addressing the formerly outlaw faith of Candomblé. The UCLA Fowler Museum's "Axé Bahia: The Power of Art in an Afro-Brazilian Metropolis" offers U.S. audiences their first substantial overview of Bahia's multifarious art scene. The show spans paintings, sculptures, jewelry, regalia, metalwork, video, and installation; self-taught and art-school. (At top, a small detail of J. Cunha's Codex, 2010-2015). 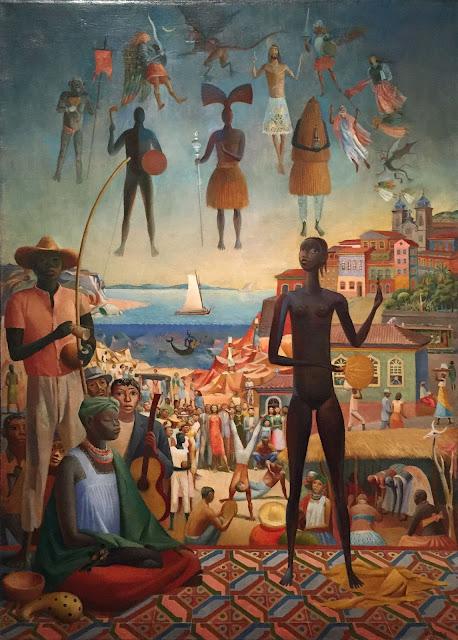 Dating from the early 19th century, Candomblé mixes West African and Catholic traditions. It was banned by the Brazilian government until the 1940s. The earliest works here date from that period and are by white non-Brazilian artists who interpreted Candomblé through the lenses of modernism and exoticism. One extraordinary example is Alexandrina and Her City, a 1944 oil painting by the Argentinian-born Carybé (1911-1997). It shows the Candomblé pantheon floating in the air, like Italian Renaissance saints. 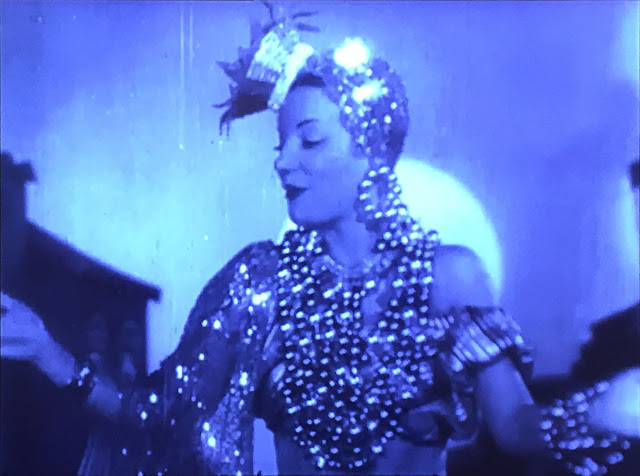 Americans know Candomblé at second or third hand, via performers such as Carmen Miranda. Portuguese-born Miranda adopted the Baiana costume of Black Bahians. There's a clip here from the 1939 Banana da Terra (Plantain). The Cuban-born Desi Arnaz (and Ricky Ricardo of I Love Lucy) sang of Babalú-Ayé. That is the Caribbean version of Omolú, Candomblé's patron saint of contagious diseases. Omolú is no sitcom: His face, scarred by all the world's diseases, is hidden behind a raffia masquerade. He is a benign deity, used in contemporary AIDS-prevention posters. Below is a 1990s acrylic painting by Gil Abelha. 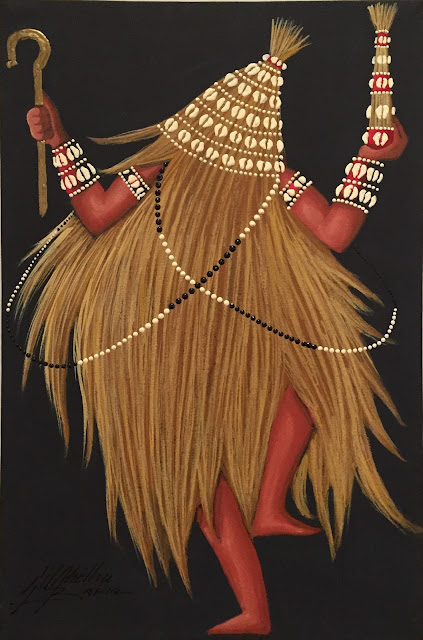 We now perceive Miranda and Arnaz as cultural appropriation. The Fowler show is mainly about how black Bahians appropriated back. They used the global language of modernism to express Candomblé subjects and subjectivities. An early (1964) example is Rubem Valentim's constructivist sculpture, Emblematic Object 4. 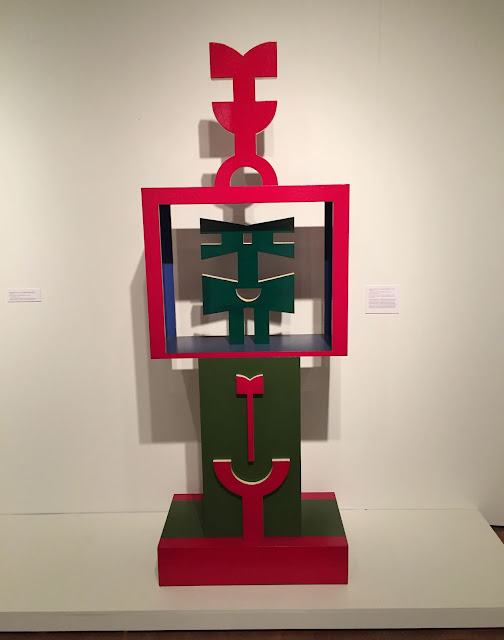 J. Cunha's monumental Códice Codex (2010-2015) is 21 acrylic-on-canvas panels, each representing a different deity or concept via a grid of 25 square mini-paintings. 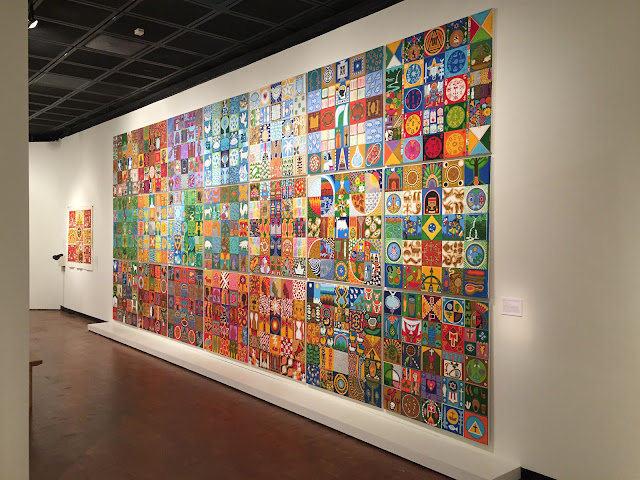 The first work visitors see is brand-new: Ayrson Heráclito's Divisor (Divider), 2017. Heráclito has imagineered a "Rothko" in Hirst lucite. It's a sculpture made of salt water and red palm oil, representing the mutual history of Africa and Brazil. 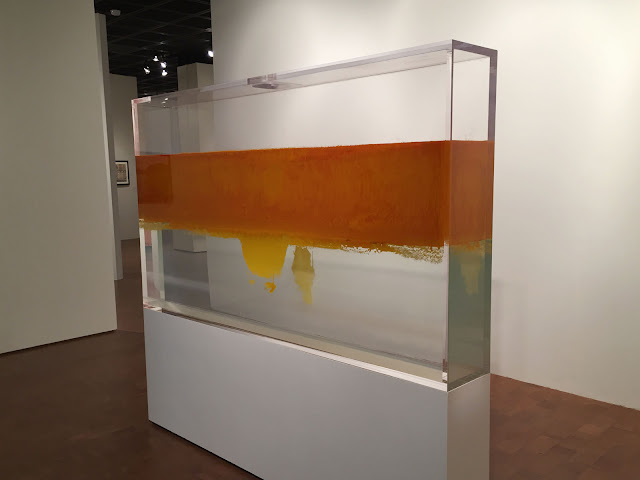