Christie's has released a promotional video for the Leonardo Salvator Mundi (a.k.a. "Spooky Jesus") that rips off Bill Viola's slow-motion video works such as Quintet of the Astonished, 2000. Ad agency Droga5 produced the video.

The titles for the Christie's video look like someone used iMovie to copy those in The Da Vinci Code. A Christie's spokesman called that "entirely coincidental."

On the evidence of the video, then, Christie's believes that whoever will pay $100+ million for this painting may not be the sharpest knife in the drawer. It's said the face of Christ is largely restoration, a feature shared with another beloved Renaissance painting. 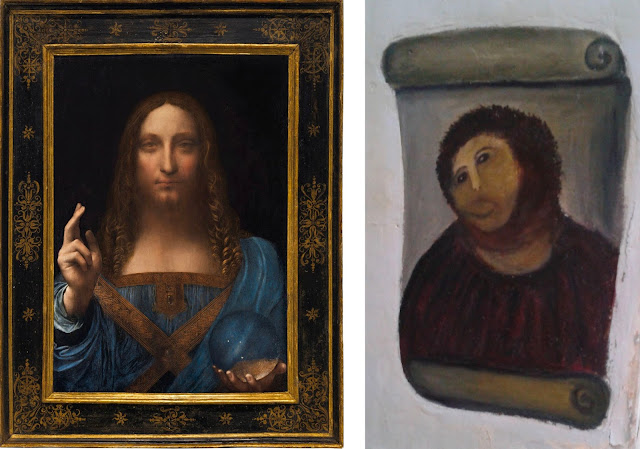