"I Do Not Like Rats": J. Patrice Marandel's Abecedario 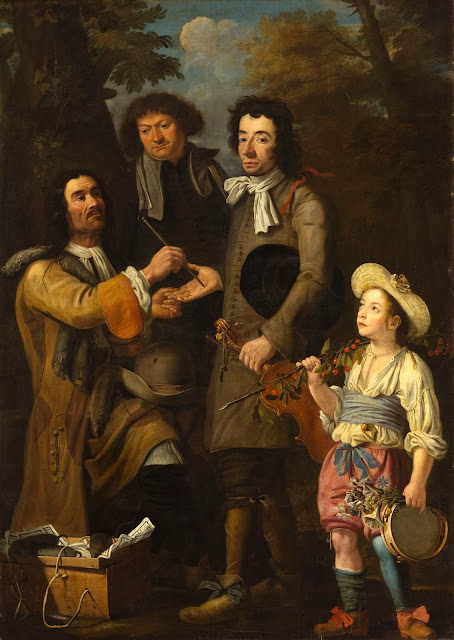 These two lines begin a slim volume published by Art Catalogues and LACMA, J. Patrice Marandel: Abecedario. An abecedario is an alphabetic anthology of otherwise random essays. Art Catalogues has published three so far, as a series in which LACMA curators tell the backstories on works in the collection. There are titles by Linda Komaroff (Islamic art) and Stephen Little (Chinese paintings). Marandel, the recently retired curator of European art, has written the biggest book of the three, though it's still a quick read at 96 pages.

I don't normally do book reviews in this blog. But Marandel's Abecedario has so much that will interest LACM on Fire readers that it rates acknowledgment.

Marandel's first entry is A for "Anonymous" or "Almanach." It describes how he came to buy The Fortune Teller, or Allegory of the Five Senses (c. 1730) a painting that has more rats in it than any painting in Los Angeles. It is to Old Masters what Williard is to cinema. ("All art is popular art," as George Lucas says.) 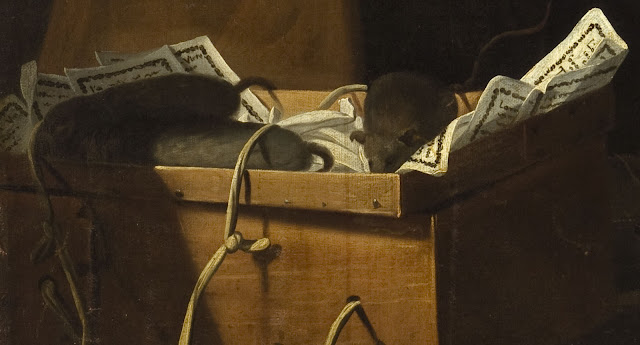 Rats were once used for divination. The man at the far left of the painting must be a blind seer. He's got a box of live rats and has jauntily draped some of their dead brothers and sisters over his shoulder.
Marandel bought the rat picture as a pig in a poke. The artist was unknown, but its quality and weirdo-novelty intrigued him. He describes how it was later attributed to "Almanach," like Banksy famous via a pseudonym. We don't yet know Almanach's name but we may know his face (via a painting in the National Gallery of Slovenia). The Fortune Teller appears to be the only major Slovenian Baroque painting in an American museum. 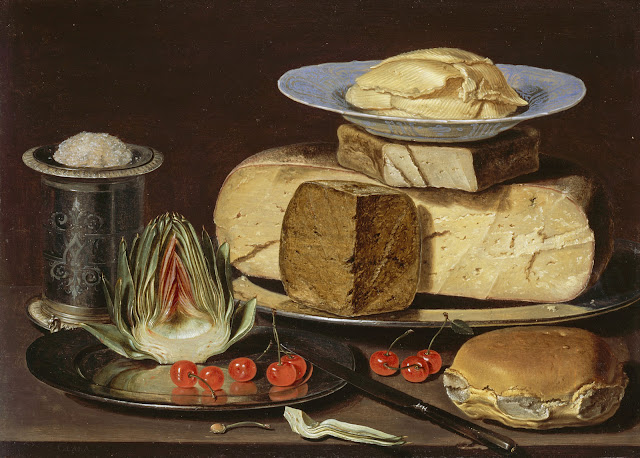 Of course, Marandel speaks mainly of his greatest hits, paintings with no rats in them at all. That includes the greatest cheese painting in America, Clara Peeters' Still Life with Cheeses, Artichoke, and Cherries. The Peeters is one of the brilliant group of Dutch paintings donated by Edward and Hannah Carter. Marandel covers the Ciechanowiecki oil sketches; pivotal purchases of works by Cima da Conegliano, Honthorst, Sweerts, Watteau, Robert, David, and Ingres (though not Bernini—the book is about the paintings only). He paints Proustian word-pictures of a bygone world of London dealer-hucksters, and of L.A.'s flagship museum before his tenure (V for Valentiner). 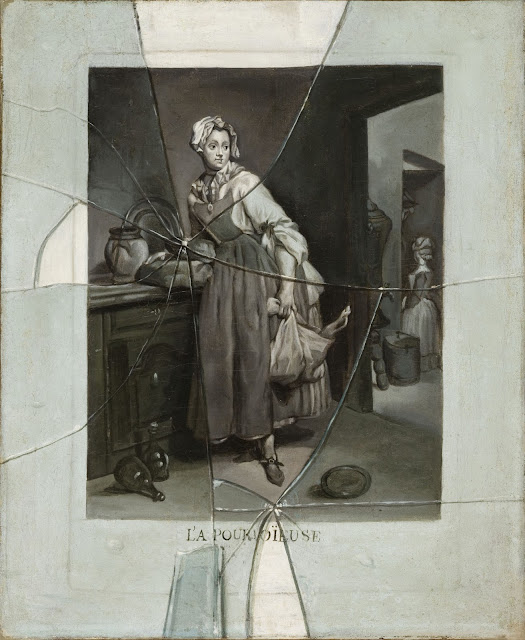 Marandel tells of getting a frantic e-mail from a LACMA visitor saying the glass on a painting had been broken. Odd, given that LACMA (unlike the Norton Simon) doesn't glaze its paintings. The e-mail referred to Étienne Mouinneuf's Back From the Market (La Pourvoyeuse), c. 1770. It's a painted illusion of shattered glass over an also-painted replica of a print reproducing a Chardin painting. Long after he laid down his brush, Mouinneuf is punking the 21st century. 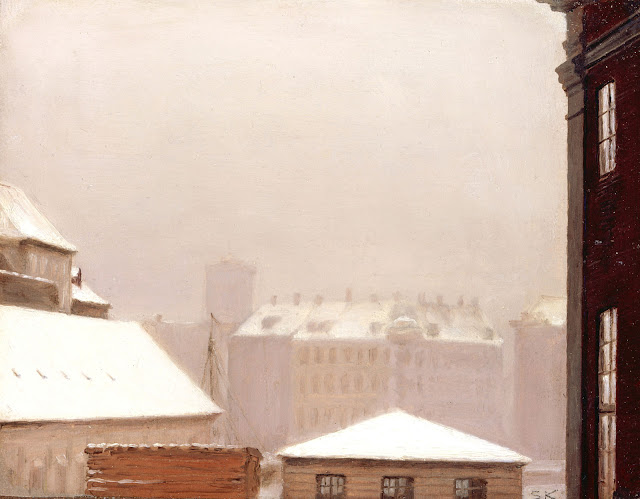 I learned about a tiny painting I adore (Peter-Severin Kroyer's Copenhagen: Roofs under Snow, late 19th century) and one I could live without (Sleeping Beauty, by Marie Antoinette Victorie Petit-Jean). Marandel says he was offered the latter because he was in L.A. You know, Walt Disney, Sleeping Beauty?

He passed. But dealer/art consultant Etienne Breton later donated it. It is among the earliest depictions of the fairy tale. Marandel observes that "the princess meets her fate in the midst of an architectural fantasy that, to early twenty-first-century viewers, evokes more Kurt Schwitters's Merzbau than medieval castle." 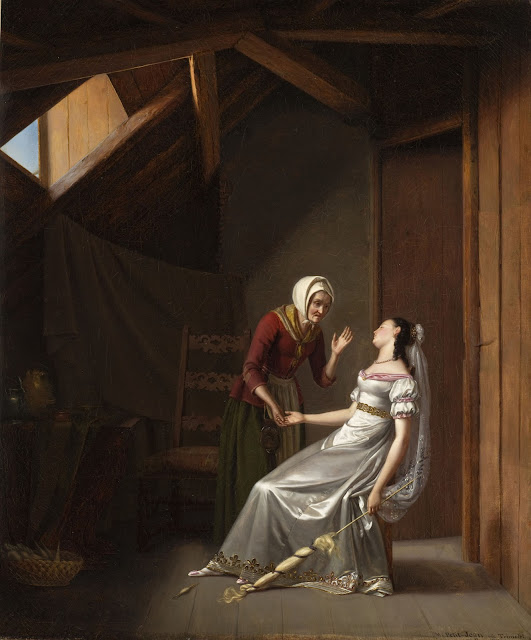 Speaking of architecture, Marandel ends with—what else?—Z for Zumthor: "The stories I have told belong to yesterday and to the history of the museum. They have been written in the hope that they may help architect Peter Zumthor in understanding just a few aspects of the great collection for which he is designing a home." 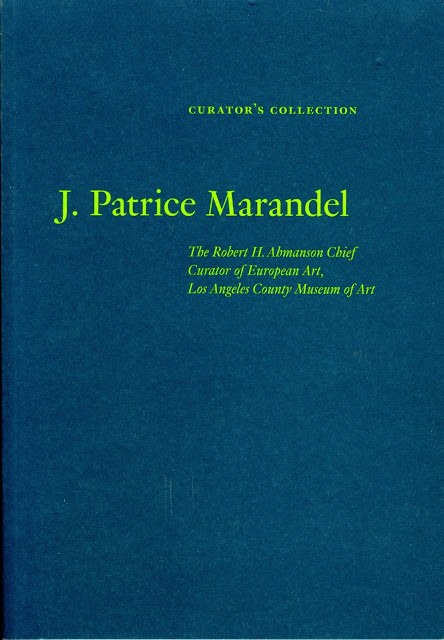