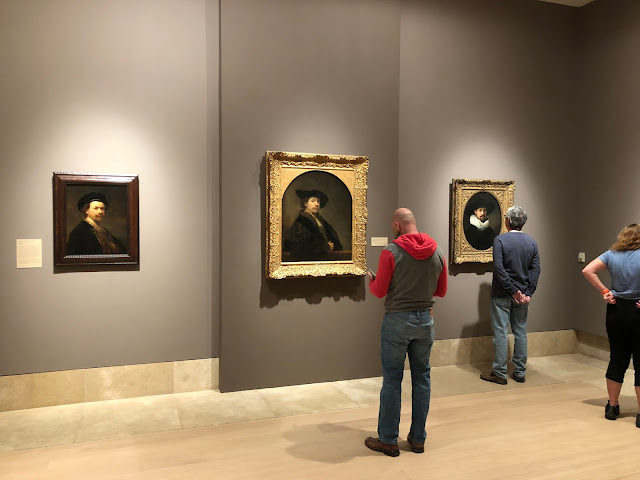 Rembrandt's famous Self-Portrait at at the Age of 34 (1640), never before seen in the U.S., is now on view at the Norton Simon Museum. A loan from the National Gallery, London, it's hung with the NSM's three Rembrandt paintings, including its own self-portrait from a few years earlier. A small companion exhibition of Rembrandt prints includes four self-portraits. That means you can now see half a dozen Rembrandt self-depictions in Pasadena (through March 5, 2018). 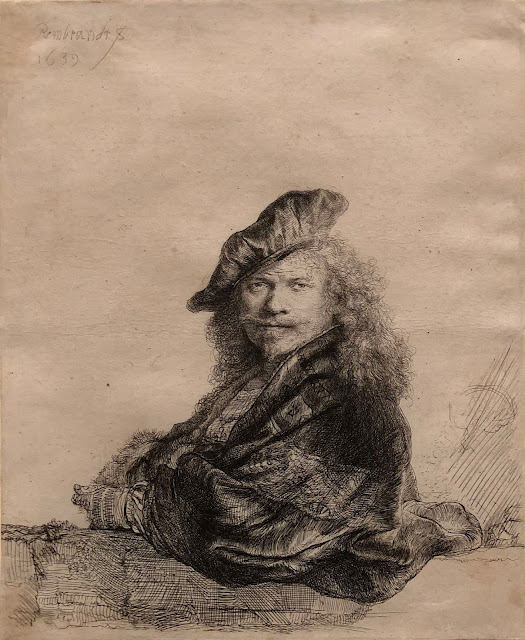 The London picture was preceded by a 1639 etching, Self-Portrait Leaning on a Stone Sill. Pose and costume draw on portraits by Raphael, Titian, and Dürer. Rembrandt was then nearing the peak of his market validation (though he couldn't have known how soon that bubble would burst). 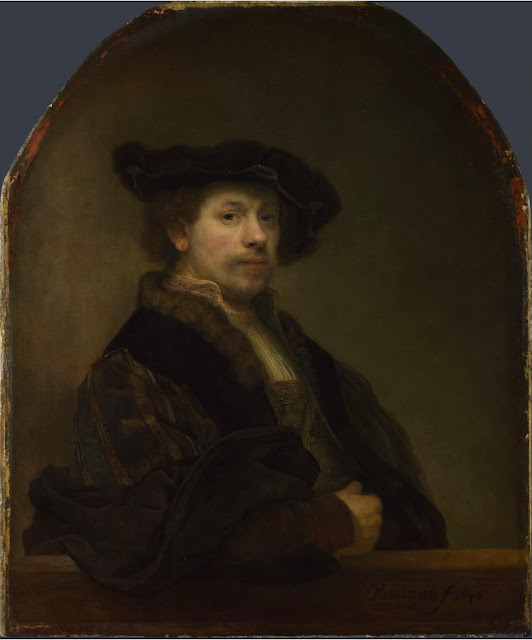 The London painting is reversed and rethought. The artist has cut his hair; he no longer sneers at the viewer. 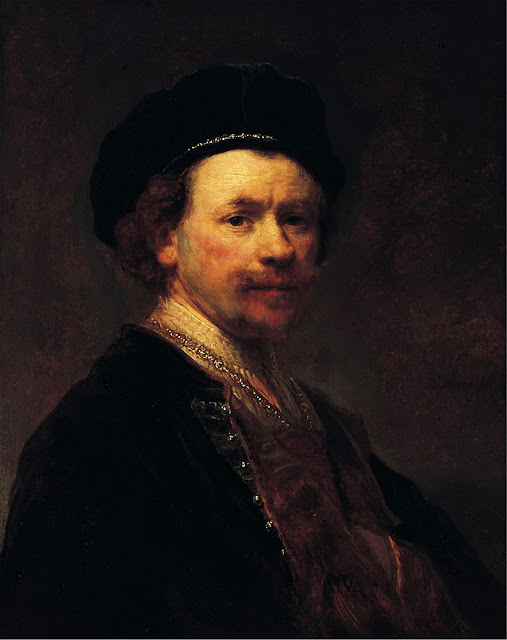 The installation offers the unique opportunity to compare the London and Pasadena self-portraits. Though the faces are generally similar, the Simon portrait has more contrast and saturated color. 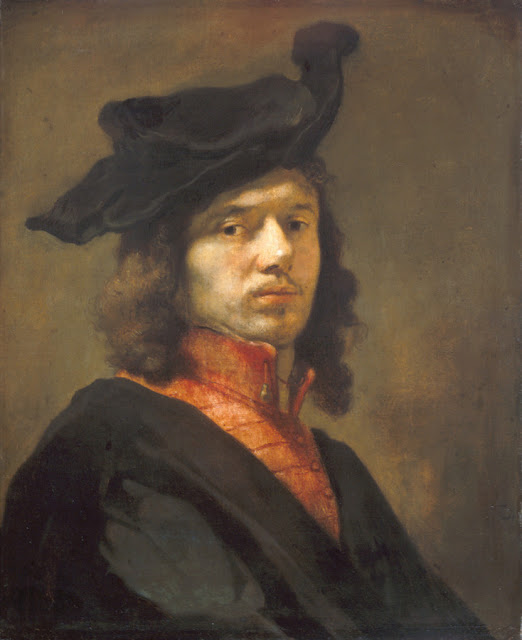 The Simon painting has a long history, being recorded back to 1735. But in 1989 the Rembrandt Research Project decided it was not by Rembrandt but by his pupil Carel Fabritius (above, Fabritius' Self-Portrait in Munich).

Fabritius is on the verge of being the next Dutch Baroque rock star. He died young, at 32 (same age as Keith Moon). Fabritius is lately best known for The Goldfinch, a painting that inspired a novel and sent lines around the block when shown at the Frick in 2013. 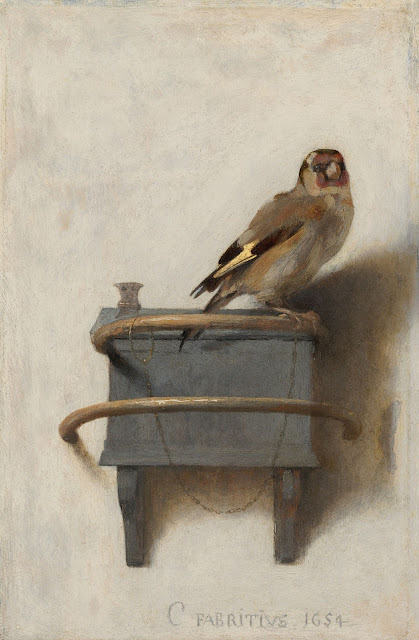 Fabritius would have been about 16 when he painted the Simon painting. It would predate all known Fabritius paintings, of which there are barely a dozen. Thus no one really knows what the 16-year-old Fabritius might have been capable of. Perhaps the Project's point was that the Simon painting is high quality but not quite what its experts expected of a Rembrandt.

In 2010 the Rembrandt Research Project recanted, restoring the Simon painting to the Rembrandt canon. It concluded that the NSM portrait's face had suffered "disfigurations resulting from the painting's turbulent history" but that "the style and quality" were characteristic of autograph Rembrandts. The calligraphic brushwork in the background was held to be especially diagnostic, unlikely to be copied too closely by someone else. (Fabritius favored lighter backgrounds, more clearly representing a textured wall.) The Project proposed that Rembrandt started the Simon painting but that capable other(s) completed it and/or restored it after damage to the face.

I guess that means it's as good a Rembrandt as the Polish Rider is, and better than the Salvator Mundi is a Leonardo.

(Below, Rembrandt's 1630 postage-stamp-sized Self-Portrait in a Cap, Open Mouthed.) 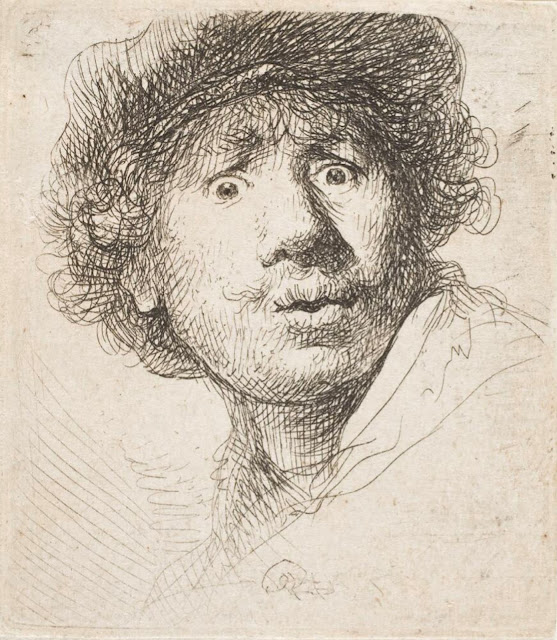