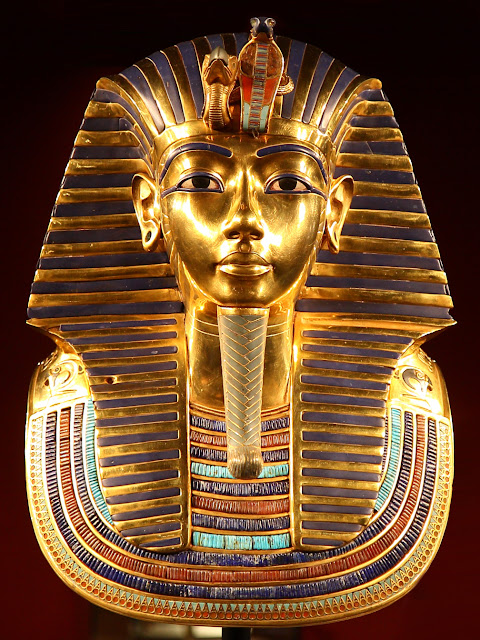 They're speaking of the upcoming "King Tut: Treasures of the Golden Pharaoh," to open in Exposition Park March 24, 2018. It won't include Tut's gilded death mask (top of post), considered too fragile to travel. Thus it's a little like a "Treasures of Mona Lisa" show that doesn't include that painting of her.

Mask or no mask, King Tut has been a cash cow for the Egyptian Antiquities Department. There have already been two Tut exhibits in this millennium, "Tutankaman and the Golden Age of the Pharaohs" (nine cities, including L.A., 2004–2011); and "Tutankaman: The Golden King and the Great Pharaohs" (eight cities, 2008–2013). Neither included the mask.

"Once in a lifetime?" Eh. There has been a King Tut show touring somewhere, 8 of the 17 years of this century. From 2009 to 2011 there were two Tut shows simultaneously touring U.S. cities.

(Below, Tut's Wishing Cup in the Form of an Open Lotus, a work that will be in the CSC exhibition.) 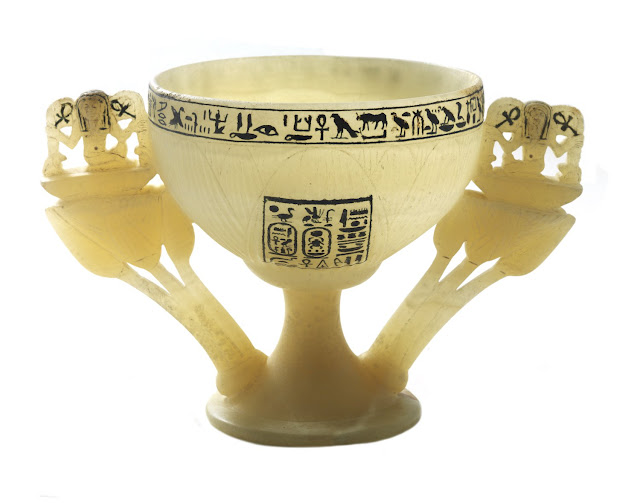