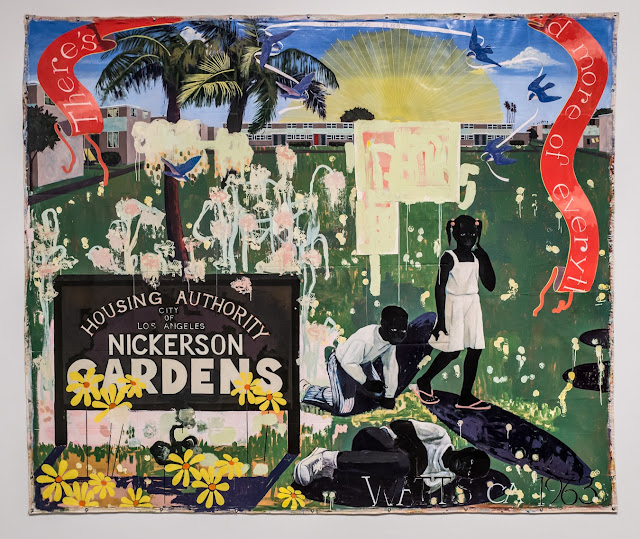 How many campuses does a museum need? The New York Times is reporting that LACMA's Michael Govan, who is already considering a satellite branch in South Los Angeles Wetlands Park, is also exploring a site in Magic Johnson Park. "I can tell you now, it's not an either-or," Govan said. "If we get both spaces, I think that it will be even easier to make each work. Each property offers very different advantages in completely different neighborhoods." City Council is to vote on the South L.A. Wetlands Park site Friday.

The obvious question is whether the museum is spreading itself too thin. LACMA is in the midst of raising funds for its Peter Zumthor building on the main Wilshire Boulevard campus. It already programs a gallery at Charles White Elementary School, and has been promised the Sheats Goldstein residence in Beverly Hills. Is five sites too many for a museum?

The pitch is that branches in less white, less affluent parts of the city will reach new audiences. Govan says the South Los Angeles site(s) will be funded by a different, non-overlapping set of donors than the Zumthor project, supporting "a different set of national initiatives toward social justice." So far he's convinced the Ford Foundation, which has approved a $2 million flexible grant towards the southward expansion.

Magic Johnson Park is near Nickerson Gardens (of Kerry James Marshall fame). It was created after "potentially dangerous contamination" from a former Exxon Mobil site forced the closure of the Ujima Village housing project. Supervisor Mark Ridley-Thomas said: "We now have a handle on the scope of the contamination and have begun remediation." 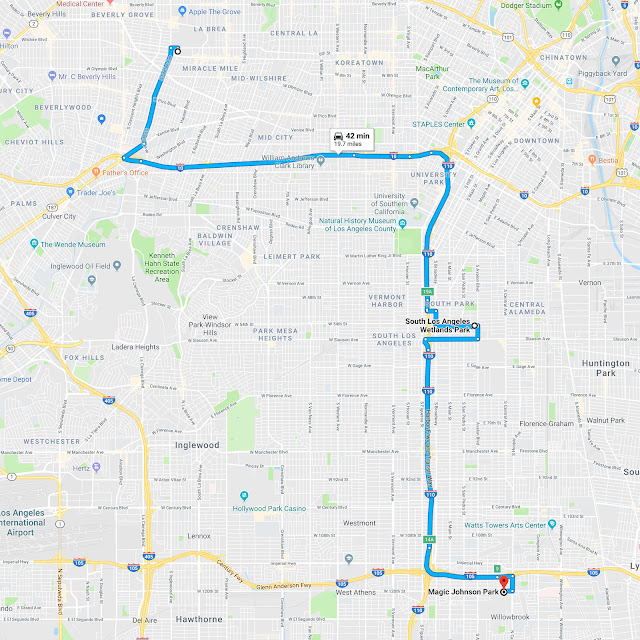 Anonymous said…
LACMA can't even get all the funding to build their crappy Zumthor design. Why are they taking on even more projects? Michael Govan needs to be replaced. He's biting off way more than he can chew. Also, if LACMA should build a satellite location anywhere, it should be in Downtown.
January 24, 2018 at 12:33 PM