"Michelangelo to Degas" at the Getty 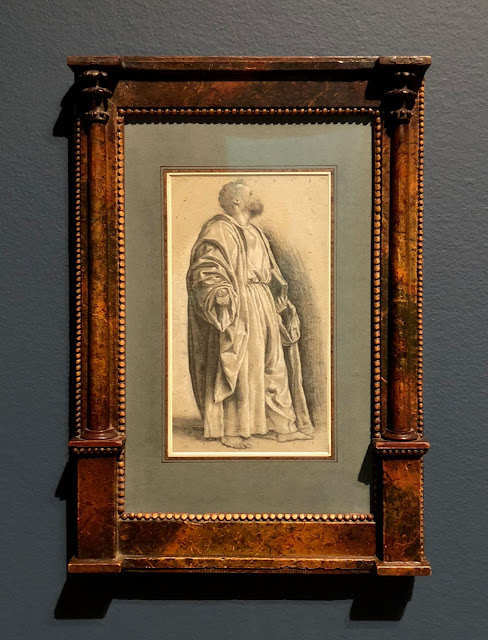 Last July the Getty announced the purchase of a group of 16 European drawings and a Watteau painting from an unnamed seller (evidently British hedge fund manager Luca Padulli). All but three of the drawings are now on view in "Michelangelo to Degas: Major New Acquisitions." That includes a Michelangelo that has returned early from the Met's exhibition but not three sheets—by Beccafumi, Rubens, and John Martin—stuck in the DMV line of British export licensing. (At top is a rare Girolamo Savoldo, Study for Saint Peter, c. 1533.)

Sixteen drawings may not sound like such a big deal. It is, with these drawings. Most must have been conceived as works of art in their own right, whatever their compositional function. One work, Degas' After the Bath, is a finished pastel, bigger than the Getty-Norton Simon Waiting. 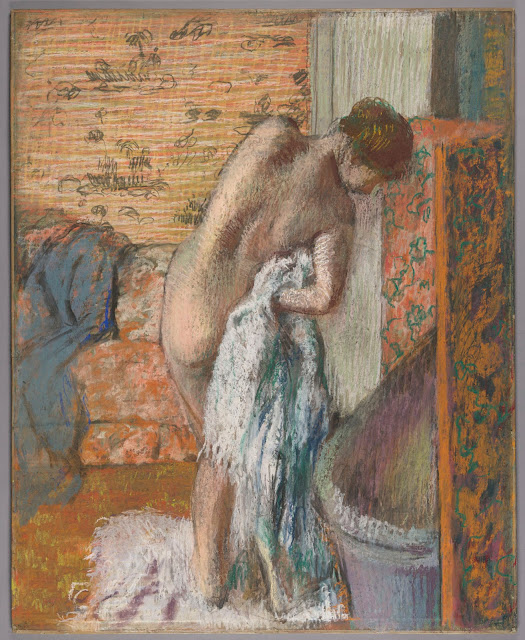 The Getty's collection of Italian Renaissance drawings was assembled in the 1980s and 90s. The nine additions here transform that already esteemed holding. Parmigianino's Head of a Young Man (1539-40) may date to the year of the artist's death. Should you believe Vasari, Parmigianino was by then a scary, alchemy-crazed whack job. Head of a Young Man shows the artist in full command of his talent and invention. (The Getty has become the place to see Parmigianino in America, with a luminous painting acquired last year, plus five other drawings.) 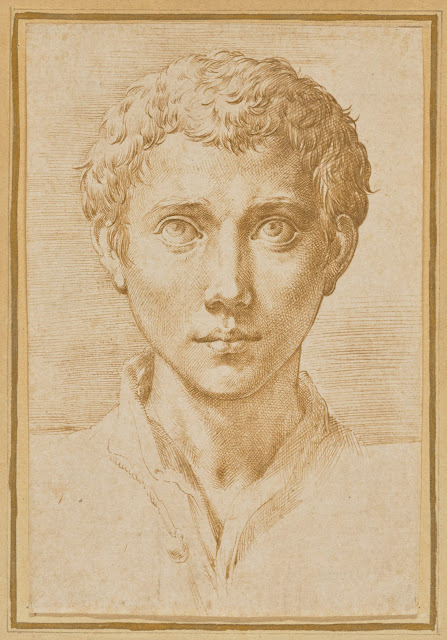 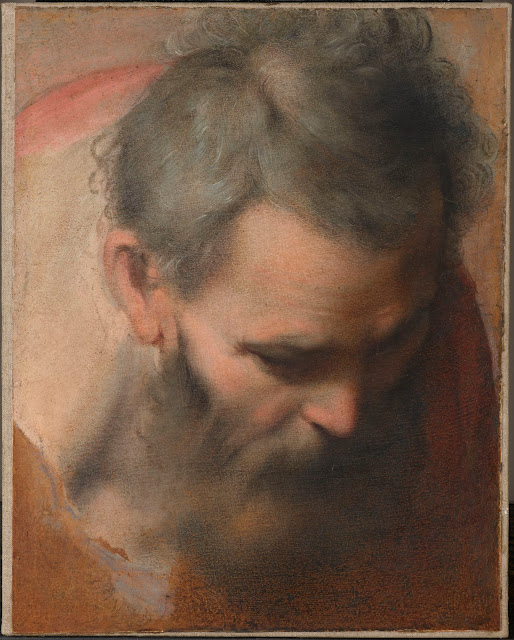 The Getty does not have a painting by Federico Barocci. It comes close with this show's oil-on-paper Head of Saint Joseph (c. 1586), exploring a head in The Visitation, at Rome's Chiesa Nuova. The museum owns three other Barocci drawings, including a black chalk and oil reduction of the 1582 Entombment in Senigallia, Italy.

The Getty's 2017 press release on the purchase said that curators were researching "further drawings from the same collection, with a view to further acquisition." "Michelangelo to Degas" contains two loans, presumably from the Padulli trove. One is Jacopo Ligozzi's Allegory of Gluttony (1590), part of a series of deadly sins that remain amusingly relevant. The other is huge pastel study (1897) for Life, the first work in Giovanni Segantini's Alpine Triptych, displayed as a Monet-like panorama in St. Mortiz. Hugely successful, then all but forgotten, Segantini is again being appreciated as part of the multi-national story of modernism. 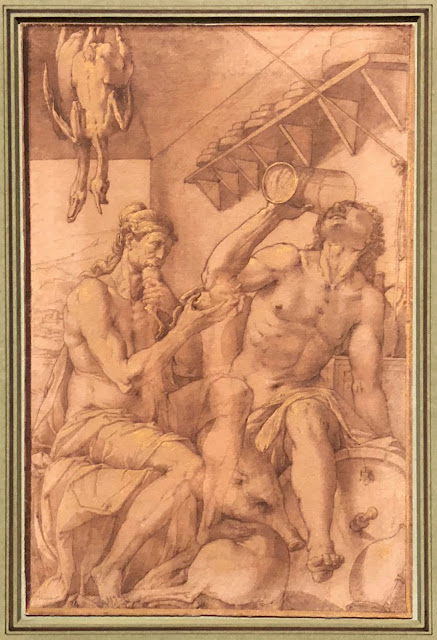 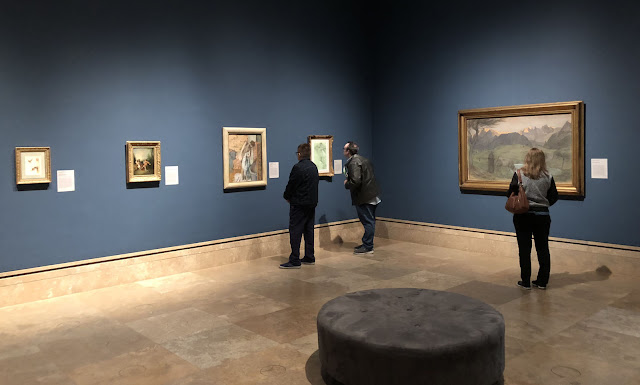 Anonymous said…
I'm very impressed with Getty's latest acquisitions. In the past, the Getty has been criticized for coming too late to the art-purchasing world. Most of the great art had already been purchased or put into museums. While that may be true, it's refreshing to see artworks like these that have been hidden for decades (or even centuries) finally being seen by the public. It makes me wonder what other great artworks are still in private collections. Hopefully, they'll be able to be seen too.
January 24, 2018 at 8:42 AM

Colby Stearns said…
I was just at the Getty yesterday and was really impressed with these acquisitions! I particularly enjoyed Michelangelo's "Mourning Woman" study.
February 12, 2018 at 10:26 AM