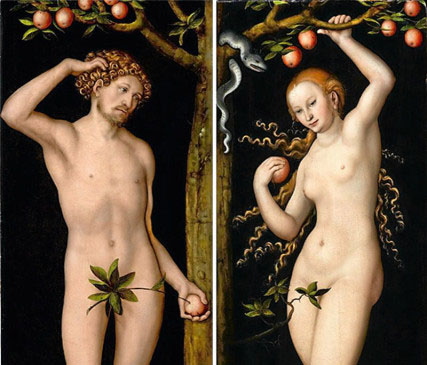 The Norton Simon Museum may keep its paintings of Adam and Eve by Lucas Cranach the Elder, ruled the 9th-Circuit Court of Appeals. In essence the three-judge panel upheld the decision and logic of a 2016 lower-court ruling. The paintings are the subject of a decade-long Holocaust-era restitution suit filed by Maria von Saher, heir of Jewish-Dutch art dealer Jacques Goudstikker.

Not in doubt is that the paintings entered the possession of Nazi Reichsmarschall Herman Goering via a forced sale; nor that Norton Simon bought them in in good faith in 1971, after they had been returned to the Dutch state. The case has many complications, among them a second, more doubtful claimant, George Stroganoff-Scherbatoff, who said the paintings had been taken from his wealthy family in the Russian revolution. There is also the irony that Norton Simon was Jewish while plaintiff von Saher's father was a Nazi. But in the court's analysis, the pivotal issue is a business decision.

Under post-war Dutch law, Holocaust claimants had until July 1, 1951, to claim property. In cases of forced sales, claimants had to return whatever the Nazis had paid them (typically a pittance). In a 1950 memo, however, the postwar Goudstikker firm noted that returning the money from the forced sales would create cash-flow problems while yielding "a large number of works of art that are difficult to sell." It seems that, in the postwar art market, the Cranachs were not considered to be of great value, perhaps not even worth what the Nazis had paid for them. The Goudstikker family also consulted an attorney in the matter and chose not to claim the Cranachs, informing the Dutch government of that in writing. They did claim other paintings, as recorded in a 1952 settlement agreement.

Once the Goudstikkers waived their right to recover Adam and Eve, they became property of the Dutch state (so said Dutch law, anyway). The state later sold them to Stroganoff-Scherbatoff, and he sold them to Simon (for $800,000). The paintings are probably worth a hundred times that now.

Was justice done? Look at it this way. A carjacker pulls a gun on me and steals my car. A few weeks later the police call to say they found my car. The front's bashed in and the rims are missing. I tell the police I don't want the car—it's not even worth the cost of repair. The police say "OK, sign here." They then sell the car as salvage. Years go by, and it turns out my car's model is considered a classic. One day I learn that Jay Leno owns my car. Someone fixed it up like new and sold it to Leno for a million dollars. I tell Leno, "Hey, give me my car back!"

Leno's attorney sends me a letter saying I don't have a case. But I don't care. It's the moral principle!

Well of course there is a moral principle. You shouldn't threaten people with guns or steal their cars. But Leno didn't do that. Even so, I would have a legal case if the car had not been recovered and I hadn't chosen not to claim it. Then the car would still be stolen property and Leno might have to forfeit it, even though he bought it in good faith.

The tricky question is whether I, as victim of a truly horrible crime, have a never-ending right to claim the car, even after explicitly disowning it. The 9th Circuit Court of Appeals appears to think the answer is no.