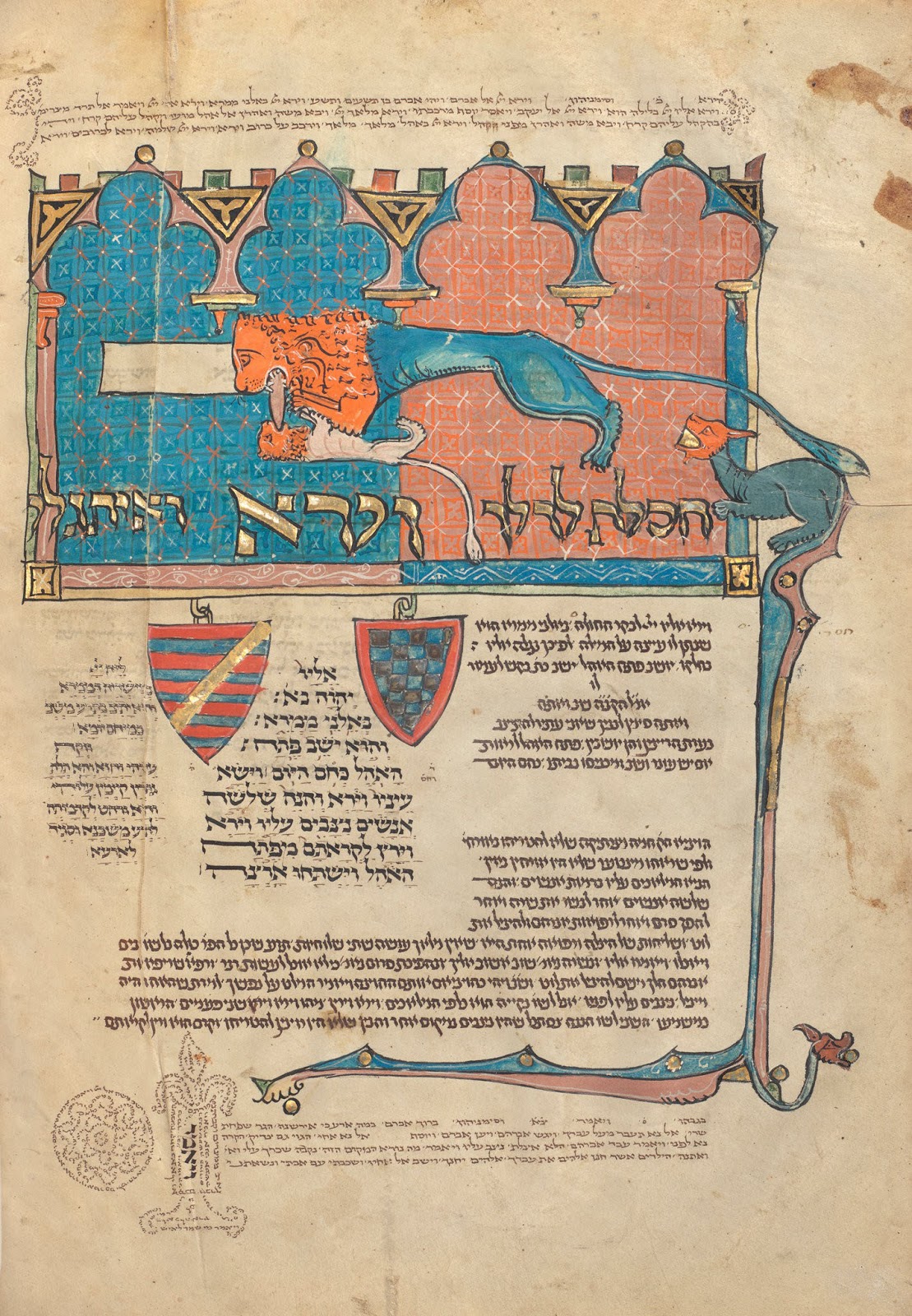 The Getty Museum has acquired its first Hebrew manuscript, the so-called Rothschild Pentateuch (1296). Director Timothy Potts is not sparing the superlatives. "This is the most spectacular medieval Hebrew manuscript that's come to market in over a century," he says, promising it will be the greatest of its kind in the nation.

A Pentateuch is a Torah (the first five books of the Old Testament). The Getty's new manuscript was once owned by Baroness Adelaide de Rothschild. Early in the 20th century she donated it to Frankfurt's university library. In 1950 Frankfurt went Berkshire Museum and bartered it in exchange for real estate. The Pentateuch returned to private ownership. The Getty purchased it with additional funds from trustee Ronald S. Lauder and wife Jo Carole Lauder. (The Lauders are New Yorkers; cosmetics-heir Ronald founded the Neue Galerie and bought Klimt's Portrait of Adele Bloch-Bauer.)

The Getty has been modestly expanding the geographic scope of its manuscript collection. Though the Rothschild Pentateuch represents a different cultural tradition from the Christian manuscripts making up most of the Getty's collection, it epitomizes the Gothic style at its most inventive. The manuscript may have been made in France or Germany for a displaced English patron after Britain expelled its Jews in 1290.

It's said the Hebraic tradition was textual, not visual. In the Middle Ages likenesses were considered idolatrous. That's part of why the Rothschild Pentateuch is so intriguing. It's a richly decorated Gothic manuscript generally avoiding the human figure. The Getty manuscript has three full-page illuminations, 56 large and 72 small text panels, plus hundreds of marginalia. There are initials, animals, dragons, castles, gothic arches, a menorah—and above all Hebrew calligraphy. Some pages feature micrography, tiny words forming lacy designs and images.
The only page showing full human figures—Moses addressing the Israelites—is a 15th century replacement. It's attributed to Joel ben Simeon, himself one of the most significant Jewish artists of the Renaissance. The 13th-century artist(s) has not been identified.
Iluminated Hebrew manuscripts are rare, though this is the second big acquisition by an American museum in the past year. Last December the Metropolitan Museum bought a 14th-century Hebrew Bible with decoration limited to near-abstract, frame-like text borders. Though smaller and far less flamboyant than the Getty manuscript, it had been intended for auction with an estimate of $3.5 to $5 million.

The Rothschild Pentateuch will go on view at the Getty this Aug. 7 in a focus show, "Art of Three Faiths: A Torah, a Bible, and a Qur'an."