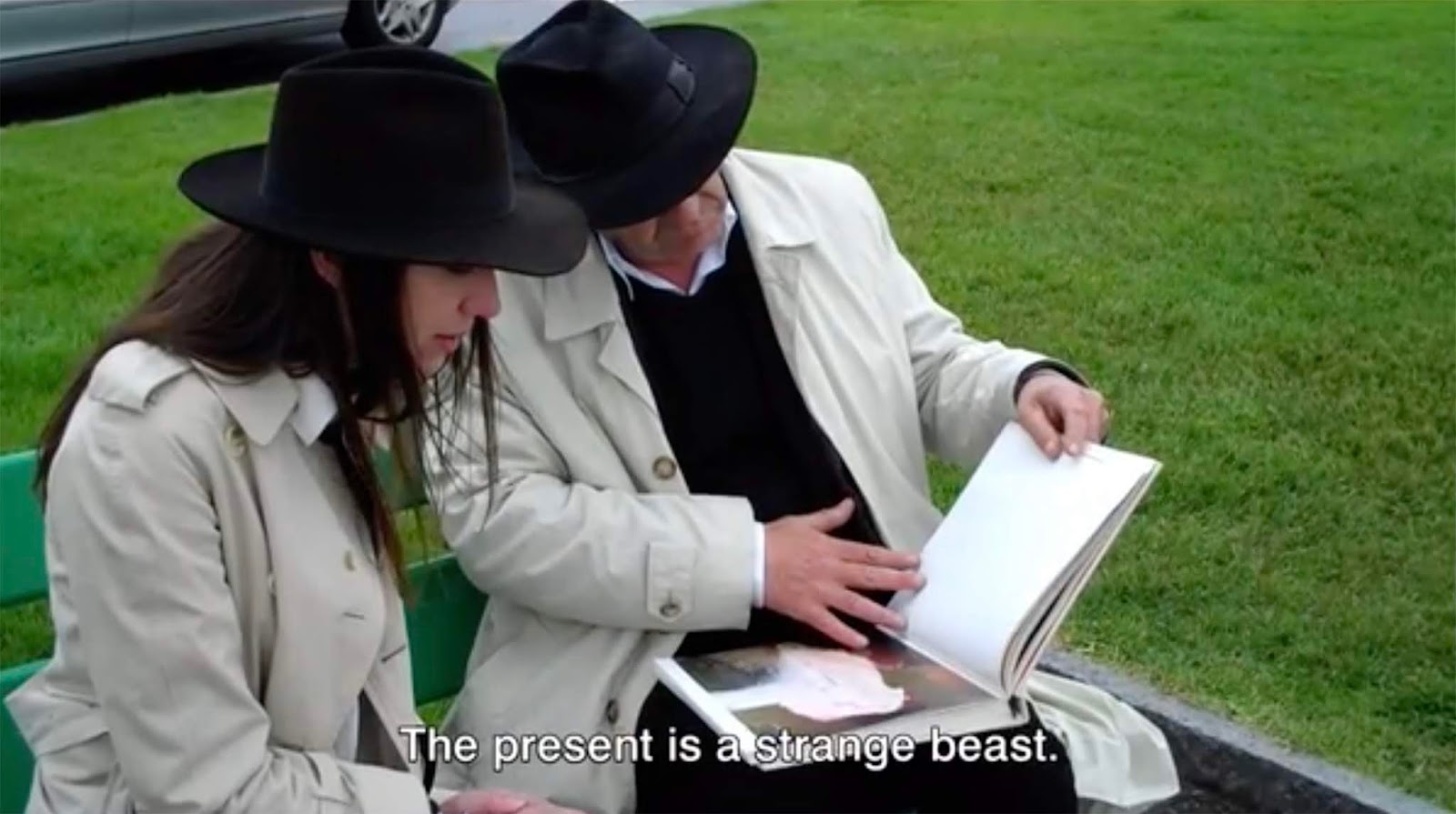 LACMA's "3D: Double Vision" is a sprawling mix of art, technology, pop culture, and film. With so many moving parts, it's easy to miss the most radically innovative work in the show: a short sequence from Jean-Luc Godard's Goodbye to Language (2014).

Even if you don't care for French New Wave auteurs, you need to experience this, a 3D effect beyond all Hollywood imagineering. As film critic E. Oliver Whitney put it, "The moment is so innovative and unusual that Godard and his cinematographer, Fabrice Aragno, didn’t even have a name for it (Aragno has referred to the shot as “separation,” for lack of a better term)."

At LACMA the audience, already primed with the monuments of normcore 3D, were gobsmacked. There was a titter of nervous laughter—a gasp of awe. What the fuck just happened???

The Godard clip is part of a continuously running, greatest-hits reel of cinematic 3D effects, presented in a darkened gallery/theater. Thus you have to put on polarizing glasses (supplied), sit down, and wait for the Goodbye to Language sequence to come up in the rotation. No problem—the movie clips are well-chosen and entertaining. The selection includes obscure and well-known films (Dial "M" for Murder, Titanic, Toy Story, Coraline). But not everyone has seen these in 3D.
In the Goodbye to Language sequence, a young woman and her older lover, both in black hats and trench coats, leaf through an art book on the paintings of Nicolas de Staël (the mid-century paint-knife abstractionist whose reputation has barely crossed the Atlantic). They make some disjointed comments about art, de Staël, and life. Without warning the woman's young husband shows up with a gun. He grabs the woman by her coat and pulls her stage right, brandishing his weapon.
The embedded clip here is a flattened, 2D version and thus does not support the crucial effect. In 3D, Goodbye to Language is two films, one presented to the right eye and one to the left eye. By reasonable convention 3D films are shot with two cameras whose lenses are about as far apart as human eyes are.

Godard wanted something completely different. His cinematographer, Aragno, invented a special 3D camera in which the cameras could rotate independently. At the plot's climatic moment, the left eye remains fixed on the older guy with the book, while the right eye sees a tracking shot of the woman and abducting husband. This unexpectedly "breaks" the 3D effect. 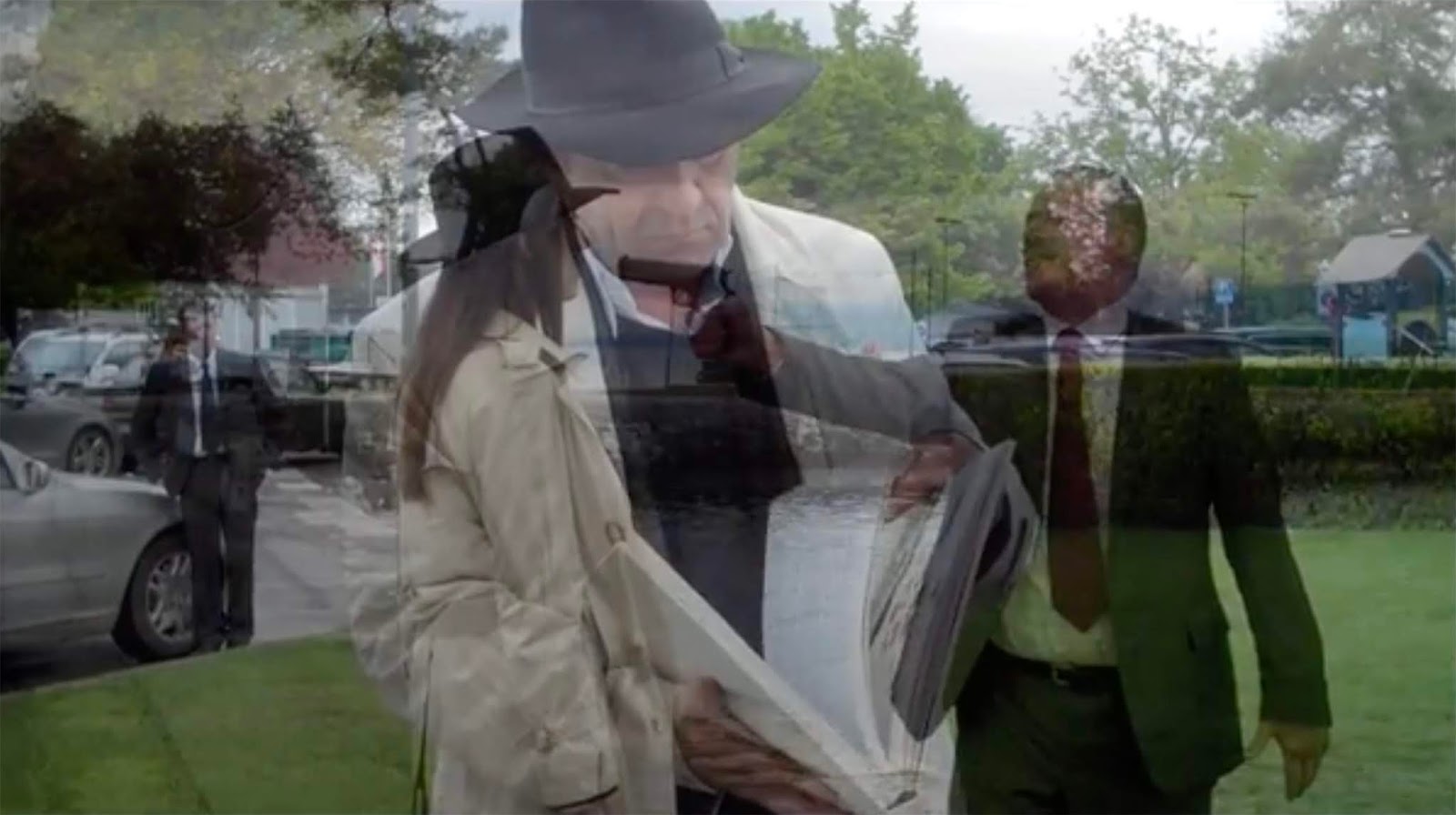 In the flattened still here the two eyes' images are simply superimposed. But the experience of watching the 3D film is entirely different. You sense that something is wrong, seriously wrong, with the movie but can't put it into words. It is cognitive dissonance made art.

Moment later, as if in a dream, the two visual universes reunite in what Aragno called a "romantic effect." That strikes many viewers as funny, but again, it's a joke that can't be explained. You had to be there.

The Godard/Aragno "separation" effect is important in the way that James Turrell's Light Reignfall is. It's that different from everything else you've experienced in your life. It ought to be every cinephile's bucket list.