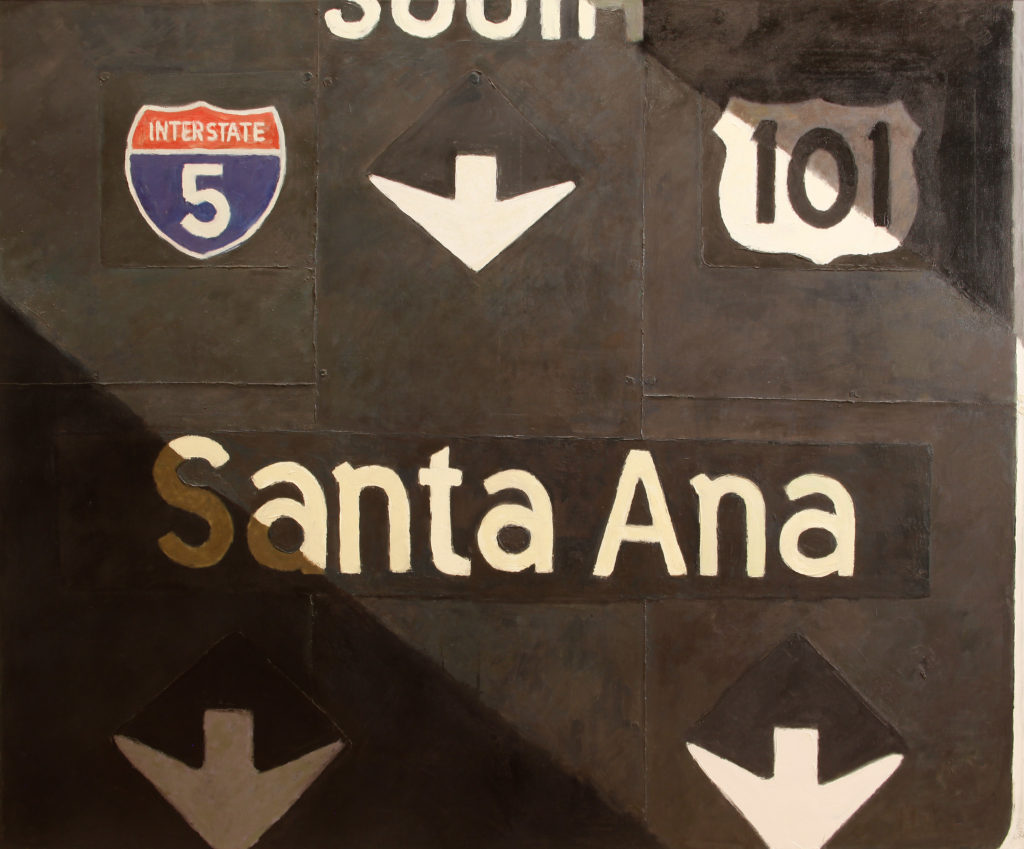 Roger Kuntz moved to Laguna Beach in 1963. There he created deadpan paintings of road signs and freeways, forging a car culture response to pop and minimalism. Though Kuntz is among Laguna's most important Modernists, he has until now missed out on the coastal town's most outrageous honor—having his work featured in the Pageant of the Masters. 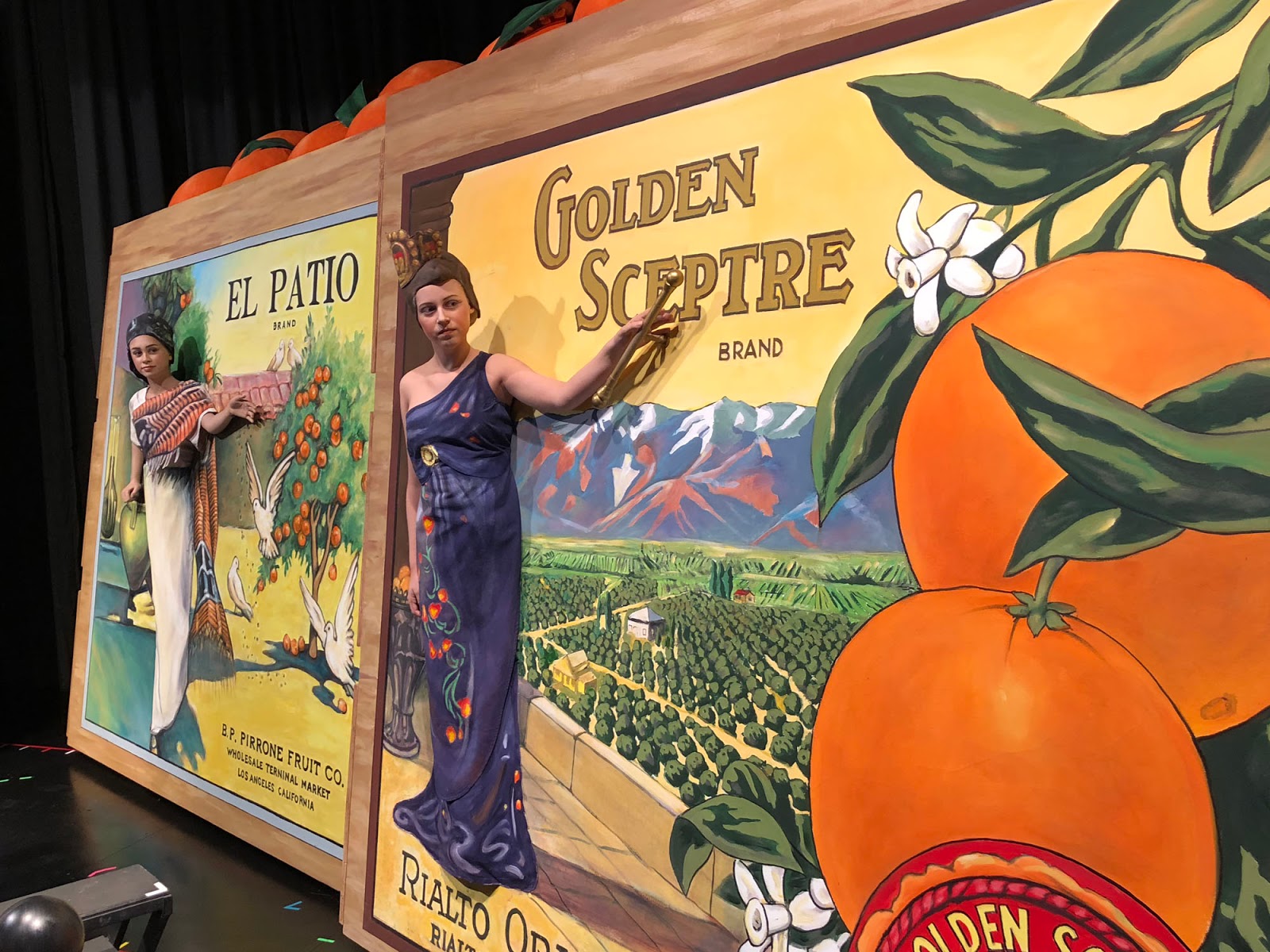 The Pageant is a summer festival of tableaux vivants, set-pieces in which real people pose as the figures in well-known artworks. This year the Pageant is paying tribute to the art of Southern California, from orange crate labels to the plein air painters of the Laguna colony. Kuntz's art may not seem a likely candidate for the "living picture" treatment, but he did figurative paintings, and the Pageant is simulating three of them. One is Interior with Figure (1966), a meld of Hopper and Diebenkorn with a nod to Johns. 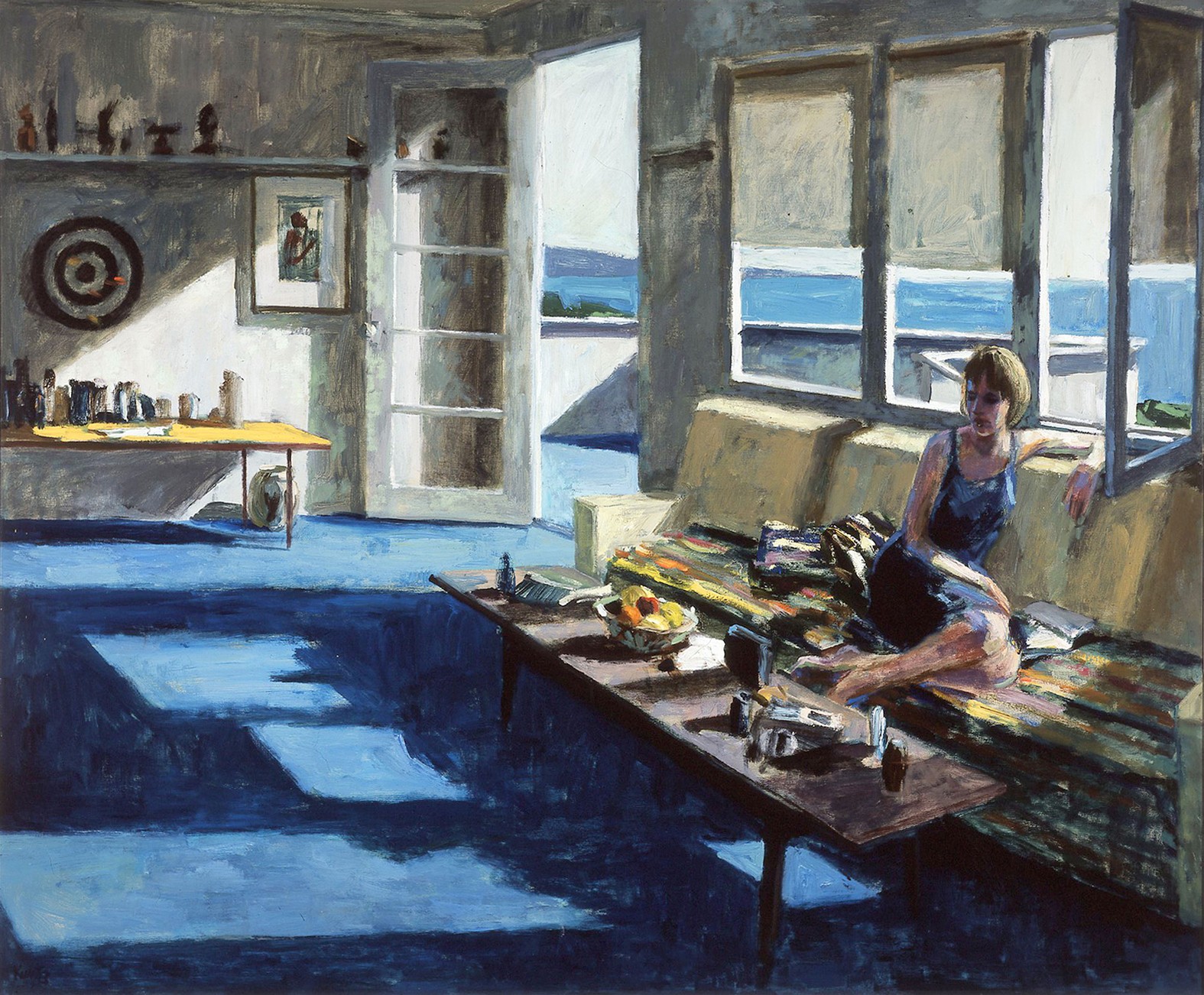