Las Vegas continues its erratic pursuit of art with the news that the Palms Casino Resort has bought Damien Hirst's 60-foot-high Demon with Bowl (2014). This is a bronze version of the centerpiece of Hirst's notorious "Treasures from the Wreck of the Unbelievable," shown at the Palazzo Grassi in the 2017 Venice Biennale. Hirst's sculptures were presented as archeological finds from a shipwreck, complete with a Netflix mockumentary.

The Venice Demon was a resin cast. Hirst says that version has been destroyed. The Las Vegas bronze is being installed at the Palms' new swimming pool, with unveiling slated for this spring.

The Demon is over three times the height of the fake Michelangelo David at Caesars Palace (18 ft); over a third the height of Jeff Koons' unrealized Train (161 ft.); and 20 percent taller than the lead of Attack of the 50 Ft. Woman.

Jonathan Jones praised the Demon. But a plurality of reviewers trashed it and "Treasures from the Wreck": "undoubtedly one of the worst exhibitions of contemporary art in the past decade," in Andrew Russeth's estimation.

"This spectacular failure could be the wreck of his career," wrote Telegraph critic Alastair Sooke. "'Treasures' is Hirst's Waterworld: in other words, a flop."

For Sooke Demon with Bowl is "the sculptural equivalent of a wasteland." However, Russeth had measured praise for the "nearly 60-foot-tall depiction of a headless demon, with a penis the size of a grown man's torso," citing it as one of "two wonderful sculptures" by "an artist who is exhausted, long ago out of new ideas, and holding nothing but contempt for his collectors and his fans." 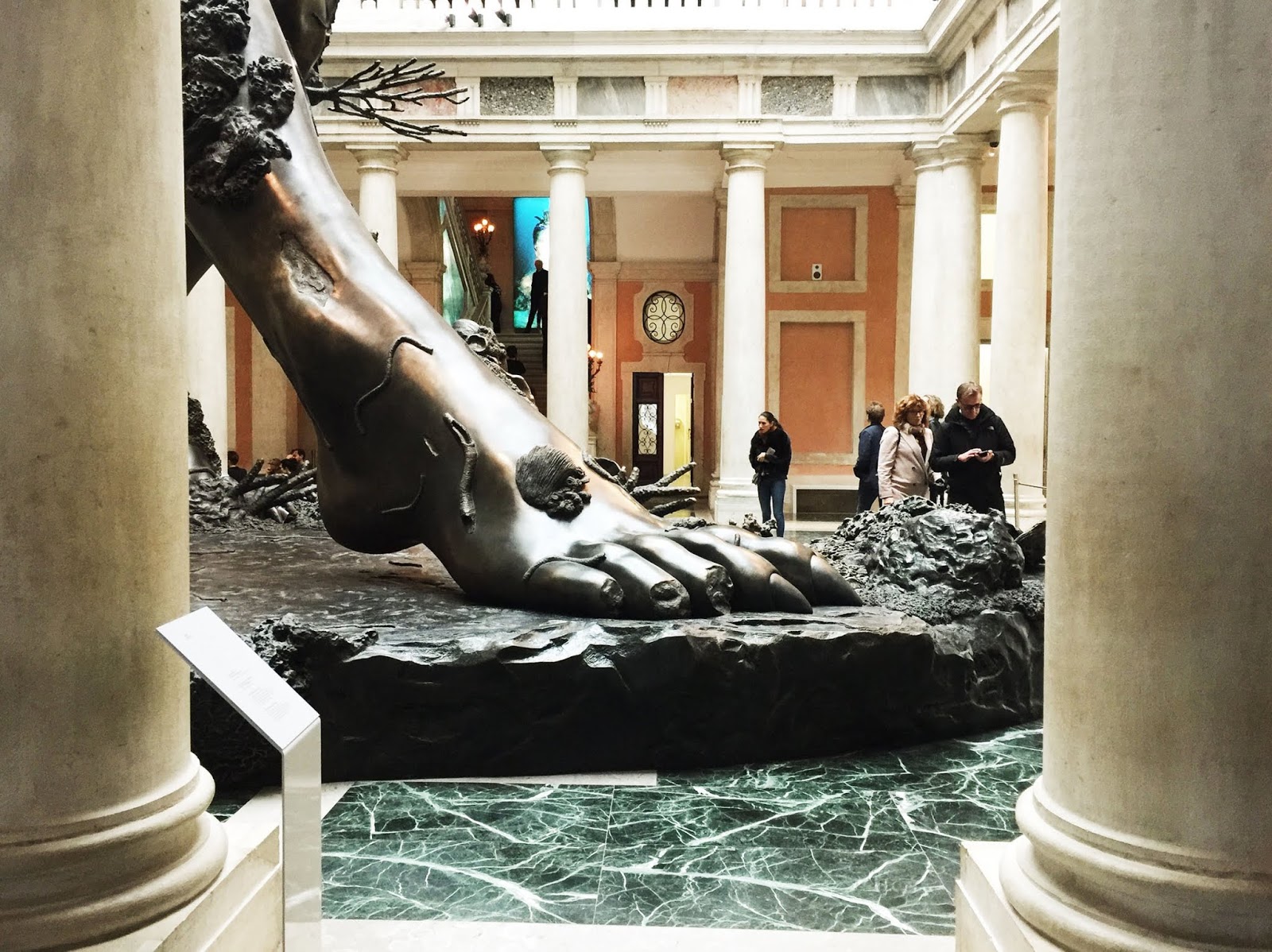