The Architecture of Anxiety 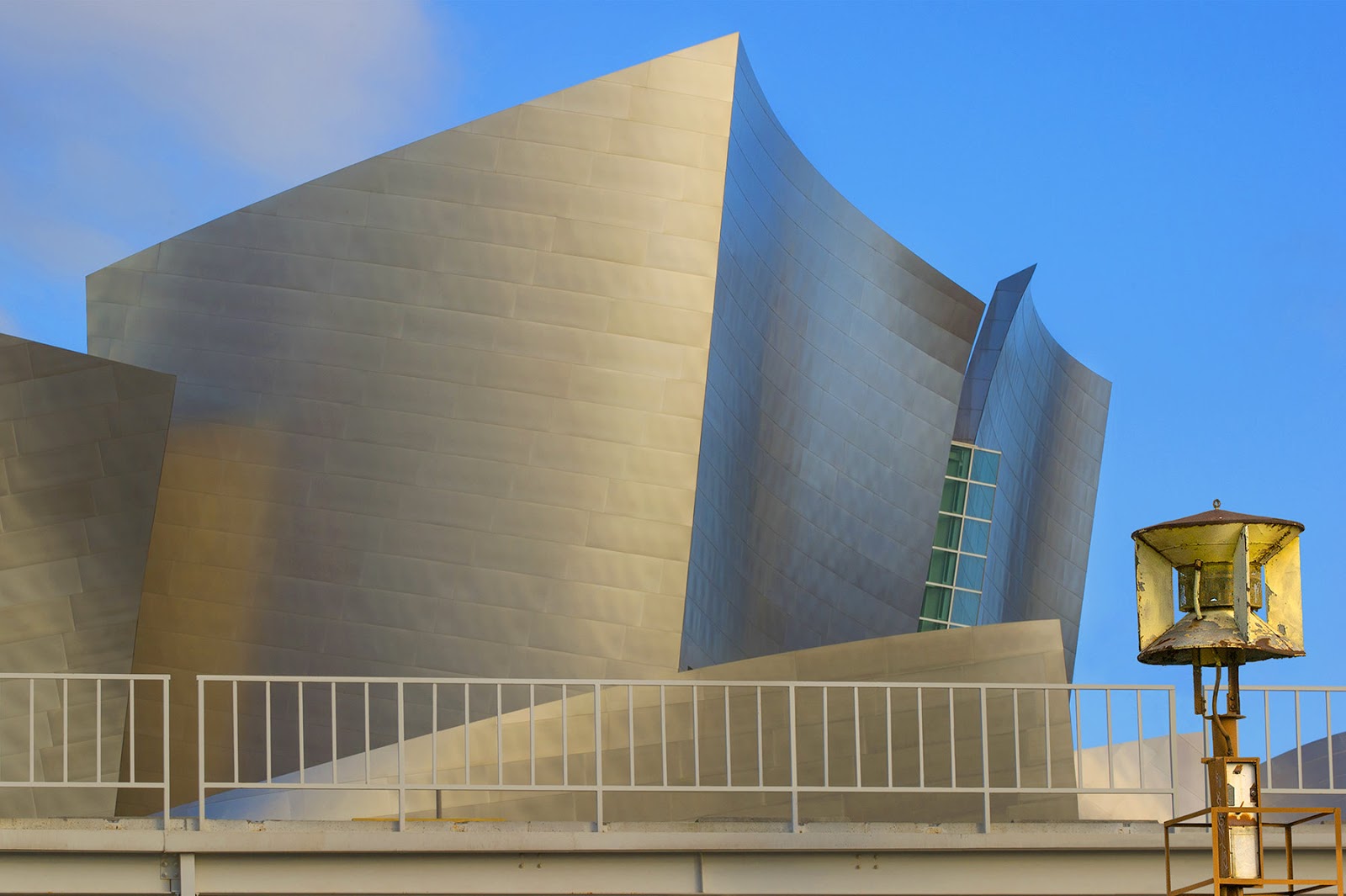 L.A.'s air-raid sirens were first installed after Pearl Harbor. Their use was greatly expanded during the 1950s and 60s, by which time the prime threat was nuclear missiles. Now in ruin, yet still ubiquitous, the sirens are totems of mid-century design. Using a telephoto lens, Nicole Weingart photographed sirens looming next to such landmarks as Disney Hall, the Griffith Observatory, and the Capitol Records building. The series will be featured in "Red Alert! Air Raid Sirens of Los Angeles: Art Installation by Nicole Weingart," at the Wende Museum Feb. 10 to June 2, 2019.
Email Post
Labels: Nicole Weingart Wende Museum of the Cold War