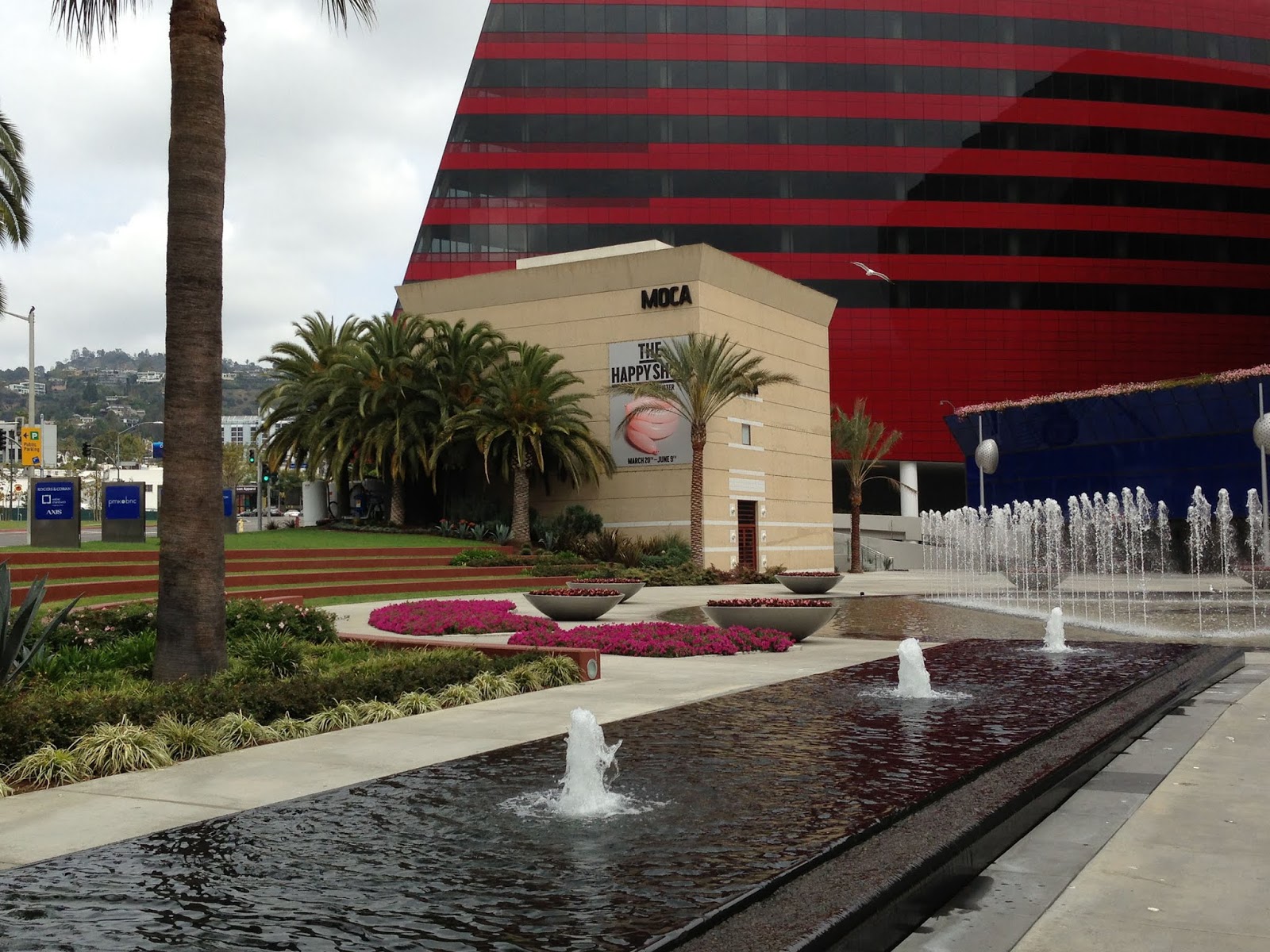 The L.A. Times says MOCA is shutting down its Pacific Design Center outpost (after Feb. 24). It follows the closure of downtown's Main Museum, announced yesterday, and last year's closing of the Pasadena Museum of California Art. As with the Main Museum, no one at MOCA or PDC is saying much for the record, "citing their contractual agreement."

MOCA PDC presented many impressive shows over past 20 years. But I can't say that any benefited much from the building. Meanwhile, much of the time the Geffen (which everybody loves) was closed. It might have made more sense to program the Geffen more fully rather than to have a West Hollywood branch. In fact, the only reason I can think of for MOCA PDC to exist is the obsolete notion that the art audience is on the Westside and Westsiders don't like to go downtown. That's of a piece with MOCA holding its board meetings at a Beverly Hills hotel rather than the downtown museum. The board meetings changed; and if MOCA needs to trim expenses, eliminating the PDC branch sounds both logical and all but painless.

(P.S. One thing about PDC is that it was free. The Geffen is currently free on weekends, but this is a temporary move through Mar. 25. Making free weekends permanent at the Geffen would be a step in the right direction.)

Below, a show that made better use of the PDC space than most: 2014's "Jacob Hashimoto's Gas Giant." 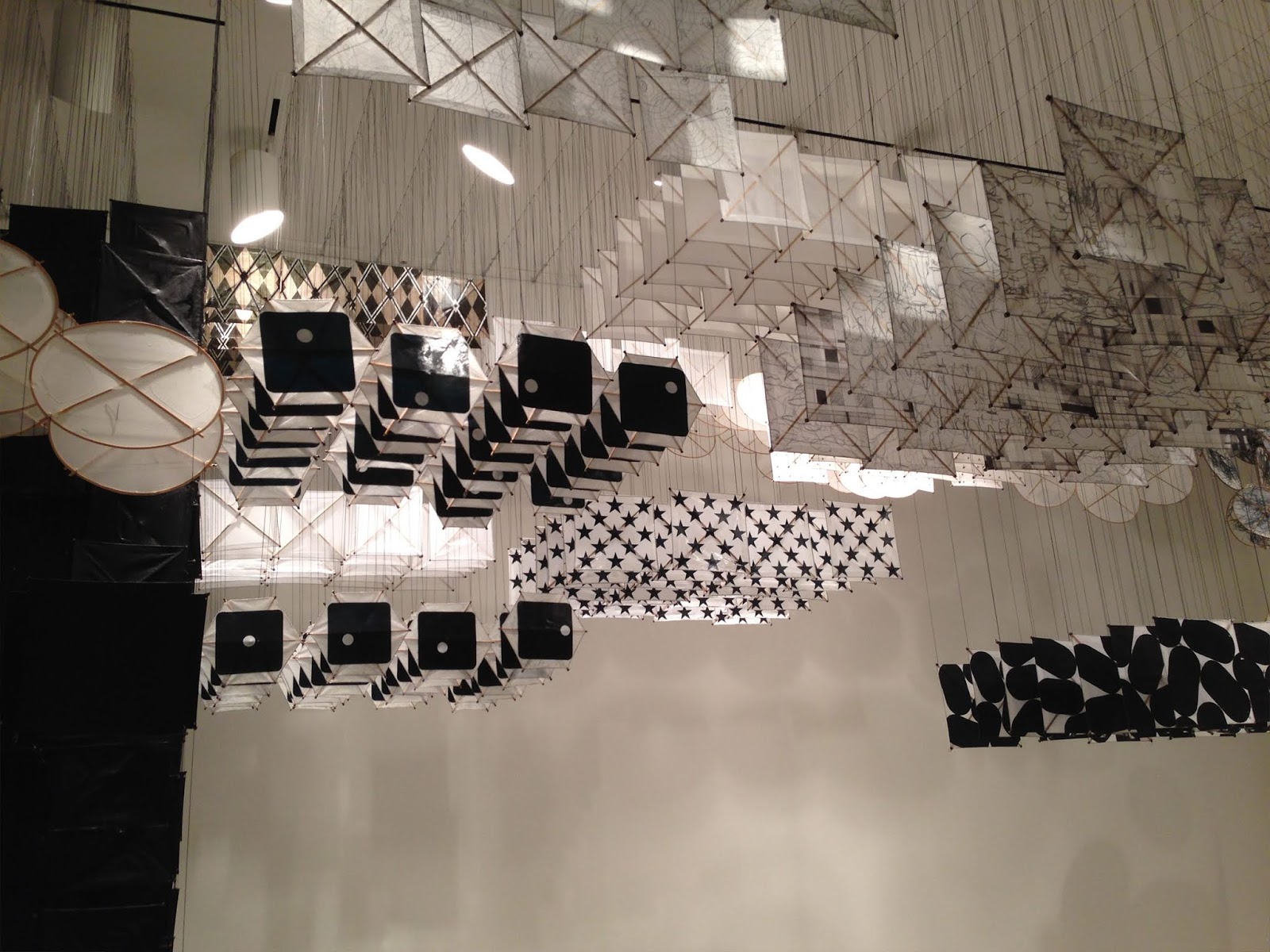 Anonymous said…
Closing the PDC location makes both logistical and fiscal sense. It exhibited many great shows, but the location was rather obscure. I don't think I've ever met anyone who visited this spot. At least with the PDC location closed, MOCA can utilize all of its resources toward the Downtown locations which, although popular, are still overshadowed by the vanity behemoth known as The Broad.
January 16, 2019 at 12:12 PM

Anonymous said…
MOCA made the right choice. When I think of MOCA, I think Downtown not West Hollywood.
January 16, 2019 at 12:14 PM

Anonymous said…
Hopefully this will cause Michael Govan and LACMA to take a hint. If not about the extravagance of their Zumthor building - which will put huge pressure on their traditionally modest budget for years - then at least about their plans for a satellite location in southern LA.

Anonymous said…
The location was more relevant back in the Strick/Schimmel days when the entirety of Grand Ave or Geffen would be one or two shows, with no single gallery/smaller spaces to program. The last few years, they've been better at carving out space in the other locations from these sized shows. Video in particular seems to work well in that low ceilinged Grand Ave space, whereas they can get lost in that cavernous upstairs PDC gallery (including the current Khalil Joseph or recent Fischli/Weiss ones).
January 17, 2019 at 11:10 AM

Mattia Nuzzo said…
Anyone know who actually designed this building? I had asked when visiting a couple times, but no one ever knew the answer. I hope MOCA keeps up the design-focused programming they brought to the building. Saw some uniquely wonderful shows there over the years.
January 24, 2019 at 8:37 AM

William Poundstone said…
I assume it was César Pelli (the architect of the main PDC). At any rate, I've never seen anything crediting it to someone else. (Norma Merrick Sklarek, California' first black woman architect, assisted Pelli on the Blue Whale, but she had retired before MOCA PDC was built.)
January 24, 2019 at 9:39 AM