Can Segantini Stand Up to Manet? 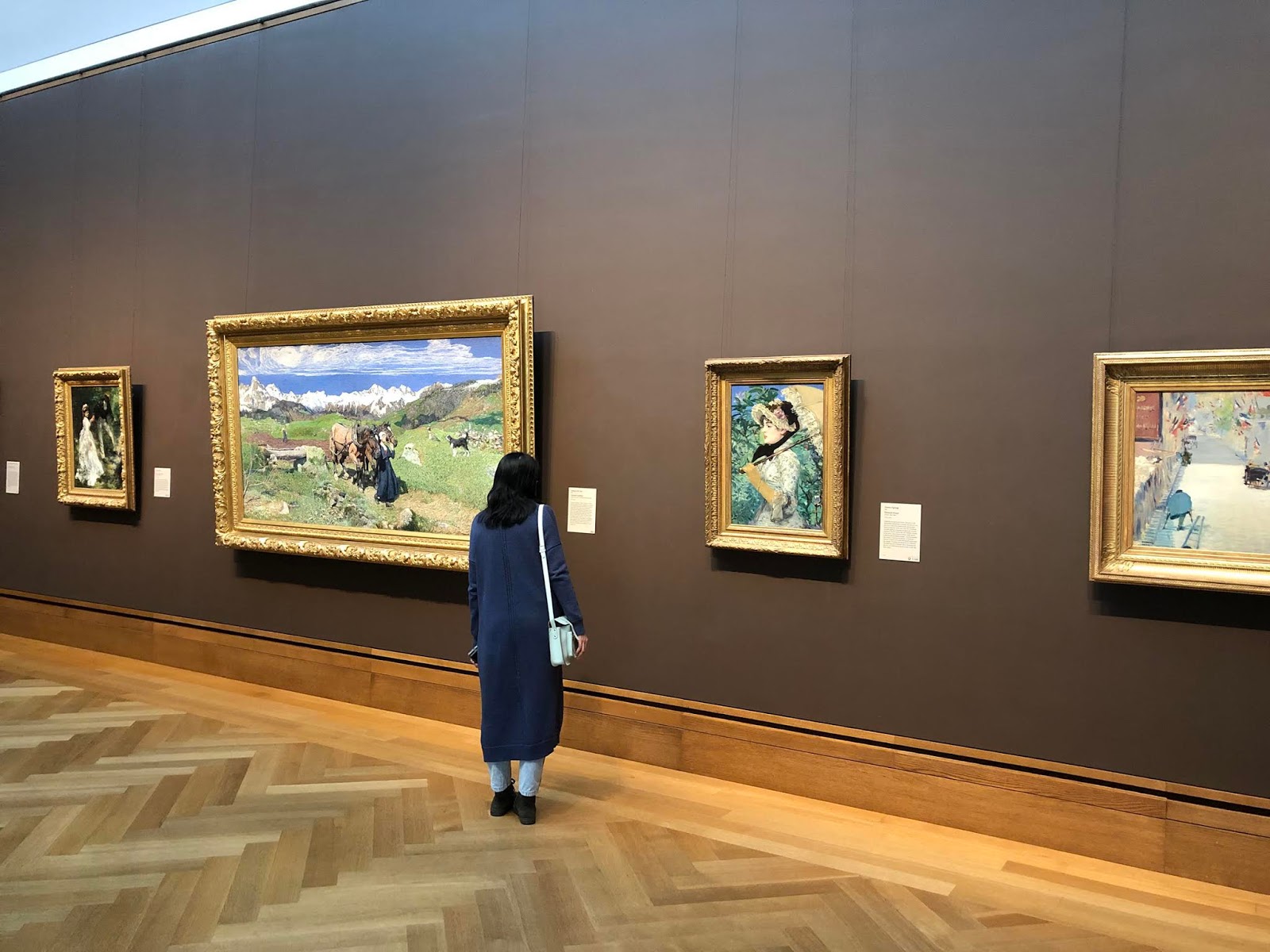 The Getty Museum has put on view Giovanni Segantini's Spring in the Alps, a recent purchase. Segantini is not well known in the U.S., and the subject may remind some of the type of art featured on jigsaw puzzles or Swiss chocolate labels. One reader suggested it might work better at the Lucas Museum of Narrative Art (ouch!). The Getty seems intent on mainstreaming Segantini, hanging the painting on a wall with works by Renoir, Manet, and Degas. It's by far the biggest painting by the most obscure artist in the room.
Giovanni Segantini (1858-1899) was the most famous Italian painter of an age that didn't have many. Going by his prominence in avant-garde exhibitions, he was once considered to be on par with Cézanne, van Gogh, and Ensor. Though he largely fell off the radar, Segantini's reputation has been revived in recent scholarship and exhibitions.

Segantini's prices have also seen a reappraisal. Spring in the Alps sold at auction for something under $10 million in 1999. For the next 20 years French and Co. offered the painting at TEFAF for reality-defying prices (as much as $40 million). I would wager the Getty didn't paid anything like $40 million, but neither do I imagine that French and Co. took a loss on their 20-year investment. The purchase is clearly a big commitment for the Getty, not just of cash but of wall space.
Like van Gogh, Segantini adored Millet's peasant scenes, such as the Getty's Man With a Hoe. Indeed, his rural subject matter is one thing that sets Segantini apart and perhaps causes some viewers to take him less seriously. We think of early modernism as a fundamentally urban art. Yet the Post-Impressionists tended to go further afield. You might compare Segantini's Alps to Cézanne's Provence or Gauguin's Brittany and Polynesia.
A more surprising influence is the Pre-Raphaelites. That mid-19th-century British movement caught the attention of Italian intellectuals, for one thing because painter Dante Gabriel Rossetti and poet Christina Rossetti were of Italian heritage. The first (1895) Venice Biennale featured the Pre-Raphaelites. In an 1899 letter, Segantini complained of being rejected from an exhibition: "Today there are no exhibitions that cannot find a place for Burne-Jones." Edward Burne-Jones was by then the most famous British painter on the Continent.

Spring in the Alps combines a Ruskinian view of nature with the symbolism of Burne-Jones. A number of Segantini's works have moody/morbid themes. But Spring in the Alps, originally commissioned for a California businessman, is sunnier, presenting the perfect noontide of the eternal/infernal cycle.
In the U.S. Segantini is generally discussed in the context of Georges Seurat. Both drew on the same quasi-scientific analyses touting the virtues of unmixed pigments, independently evolving the techniques called divisionism and pointillism. Seurat did dots; Segantini did dashes. Segantini and Seurat were near-contemporaries who both died young (age 41 and 31 respectively). They never met; it's not certain whether either ever laid eyes on a painting by the other.


Seurat's La rade de Grandcamp (1885), from the Rockefeller collection, was auctioned last spring for $34 million. The Getty doesn't have a Seurat painting, so the Segantini purchase has lead to another round of the game, why did the Getty buy this rather than that? I've no special insight except to say that Spring in the Alps is one of the few most important Segantinis, the last in private hands. The best Seurats are already in museums.

There are few examples of Italian Divisionism in U.S. collections. Look past the woman with the horses and zone in on the grass. It's a leafy, all-over abstraction reminiscent of Joan Mitchell. Or focus on the conceptual project of creating a snapshot out of brushstrokes, without being at all "painterly" in the sense of Manet.

Anonymous said…
I can't figure out exactly why pre-Raphelite artwork, although very technically skilled, comes off as so aesthetically corny? Something about the colors and laser-like brush work don't come together in a sophisticated manner.

I can see why some like that type of style, but it gives me a Thomas-Kincaide queasiness.

Anonymous said…
Can Segantini stand up to Manet? From a decorative point of view, it’s a lovely, pretty painting that brightens up the room and looks good next to Manet’s Spring. Also I don’t believe it would have been a huge commitment from the Getty in terms of price nor wall space. The Getty is lacking those large scale paintings that make rooms feel grand and momumental. It’s more of an added benefit that the painting is so large. In terms of price, I just assume anything under $20M isn’t much of a cash commitment for the Getty in light of their spending sprees for worse paintings back in the 80s.
February 26, 2019 at 6:53 PM