In 2011 Pae White created what's been called "the best damn stage curtain of any damn opera house in the whole damn world." A commission for Oslo's opera house, Metafoil is a digitally woven tapestry reproducing a photograph of crumpled aluminum foil. In a few years it's gone on every opera fan's bucket list and has even rivaled Munch's The Scream as a Norwegian cultural attraction. (All the more notable, given the artist is from L.A.)
You can't see anything like Metafoil in L.A. However, another foil tapestry, Eikón (2019), has recently gone on view in the U.S., as a feature of Norman Foster's update of the Norton Museum of Art, West Palm Beach, Fla. I happened to see it on a recent trip. Although the tapestry looks fantastic, its above-door placement in Foster's Great Hall lacks the drama of the opera house. The Ruth and Carl Shapiro Great Hall is one of those large museum spaces with a diffuse mission, offering seating but little or no art. Eikón, the only work in the room, looks a little lost and out-of-scale, as when MoMA hung a Monet Waterlilies in its atrium. Despite that, Eikón is billed as site-specific, and even includes subtle leafy reflections of the banyon tree outside the museum.

Eikón competes with Foster's Turrell-like "oculus" in the ceiling above. The oculus has a scrim of fabric to diffuse sunlight. The light, very different from the stage lighting in Oslo, tends to flatten the tapestry's trompe l'oeil. 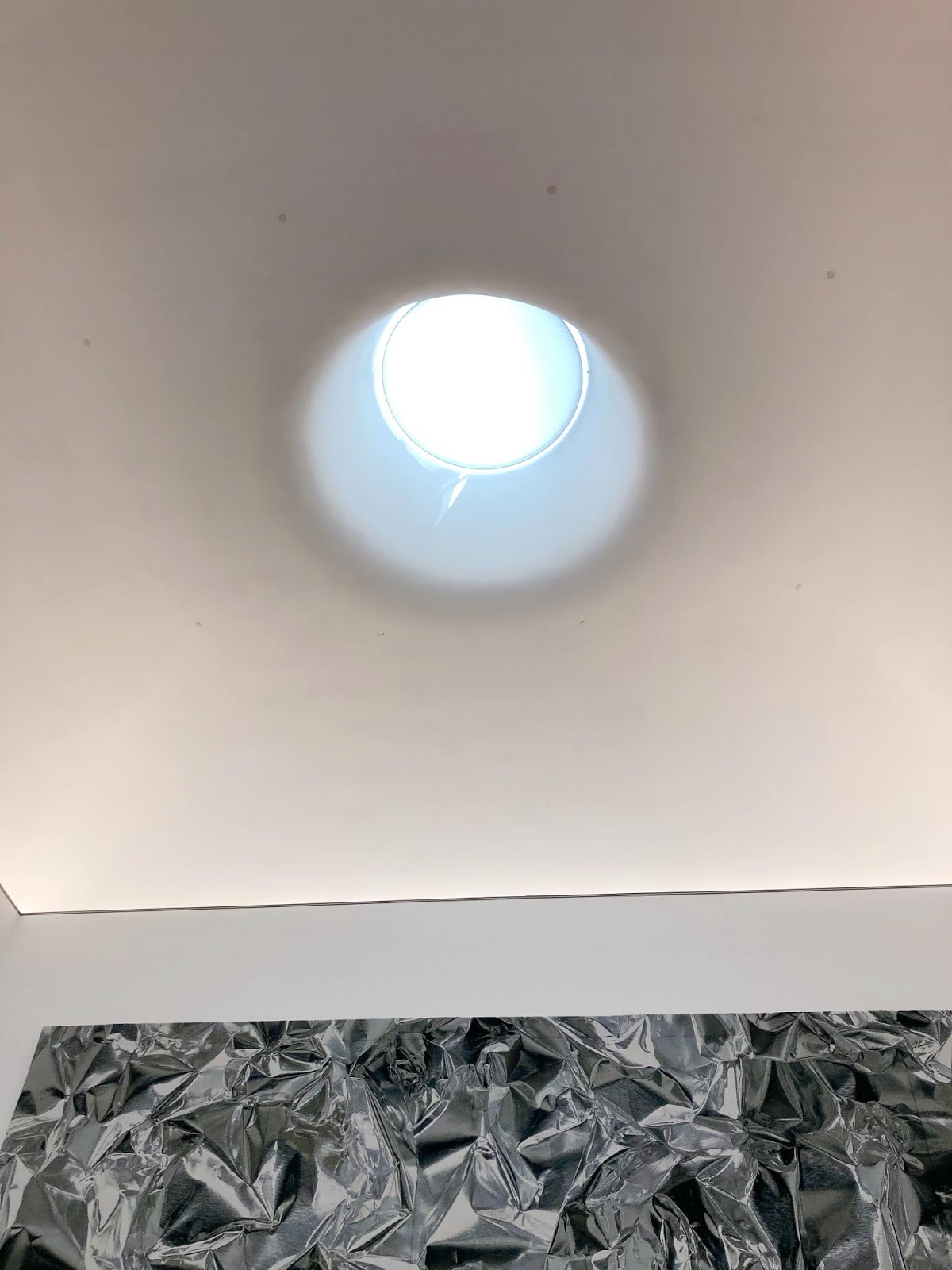 White's foil tapestries epitomize what public art should be. They have the rare ability to capture the attention and imagination of people who may know nothing about contemporary art. But context matters, and this isn't just a question of architecture or lighting. A crumpled-foil stage curtain is a provocation, like a fur-covered teacup. Eikón suffers a bit by comparison. It is an artwork hung on a wall in an art museum (like where else would you expect it to be?)

Closer to home, SFMOMA has another White tapestry (not presently on view), recording the aleatoric abstractions of smoke.