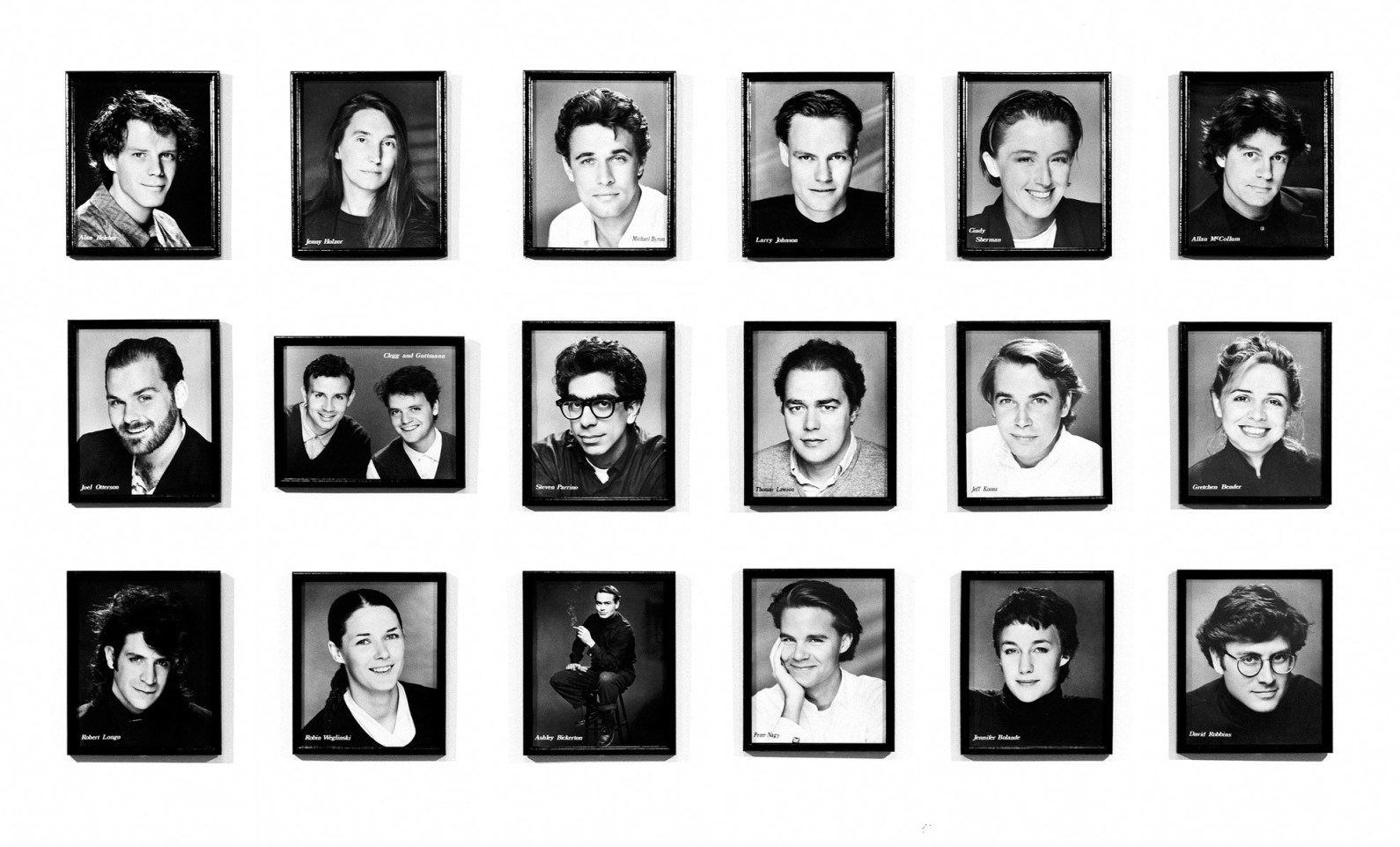 Talent (1986) is the fur-covered teacup of conceptualism—a work so incomparable that its fame exceeds that of the artist who created it. The artist is David Robbins, and he asked 17 fellow artists of his generation—roughly, the Pictures Generation—to have their portraits taken by a commercial photographer specializing in actors' headshots. The all-white cast of 1980s art stars includes Jenny Holzer, Larry Johnson, Cindy Sherman, and Jeff Koons, alongside artists whose reputation has faded. The 18th artist is Robbins himself.

The title "Talent" likens the resurgent 1980s New York art market to Hollywood, in which so-called creatives are merchandised for maximum profit. Robbins' installation evokes those of restaurants, dry cleaners, and (fortuitously, weirdly) the Big Brother wall, where eliminated contestants' portraits fade to black-and-white. Some day, will be all of these names and faces be out of the running?

Robbins issued Talent in the large edition of 100. The UCLA Hammer Museum has one, a gift of artist Robert Gober. It's now on view in the Hammer's "Celebration of Our Enemies: Selections from the Hammer Contemporary Collection."
Robbins described Talent as "a caricature of optimism… I wanted to make the viewer more aware of the anxiety of being an artist by totally excluding anxiety." He conceived the piece as a double-blind experiment. The headshot photographer (James Kriegsmann Jr.) was not told he would be photographing artists. The artists were not told the nature of the work, only that it would use their images and not be disrespectful. Nonetheless most of the artists got into the role of fresh-faced actor. Cindy Sherman did (naturally). My favorites are Joel Otterson and Ashley Bickerton. Below, a contact sheet of Jeff Koons, who ended up epitomizing what Talent is about.