Getty Buys a Veit Stoss; Seeks a Wright of Derby 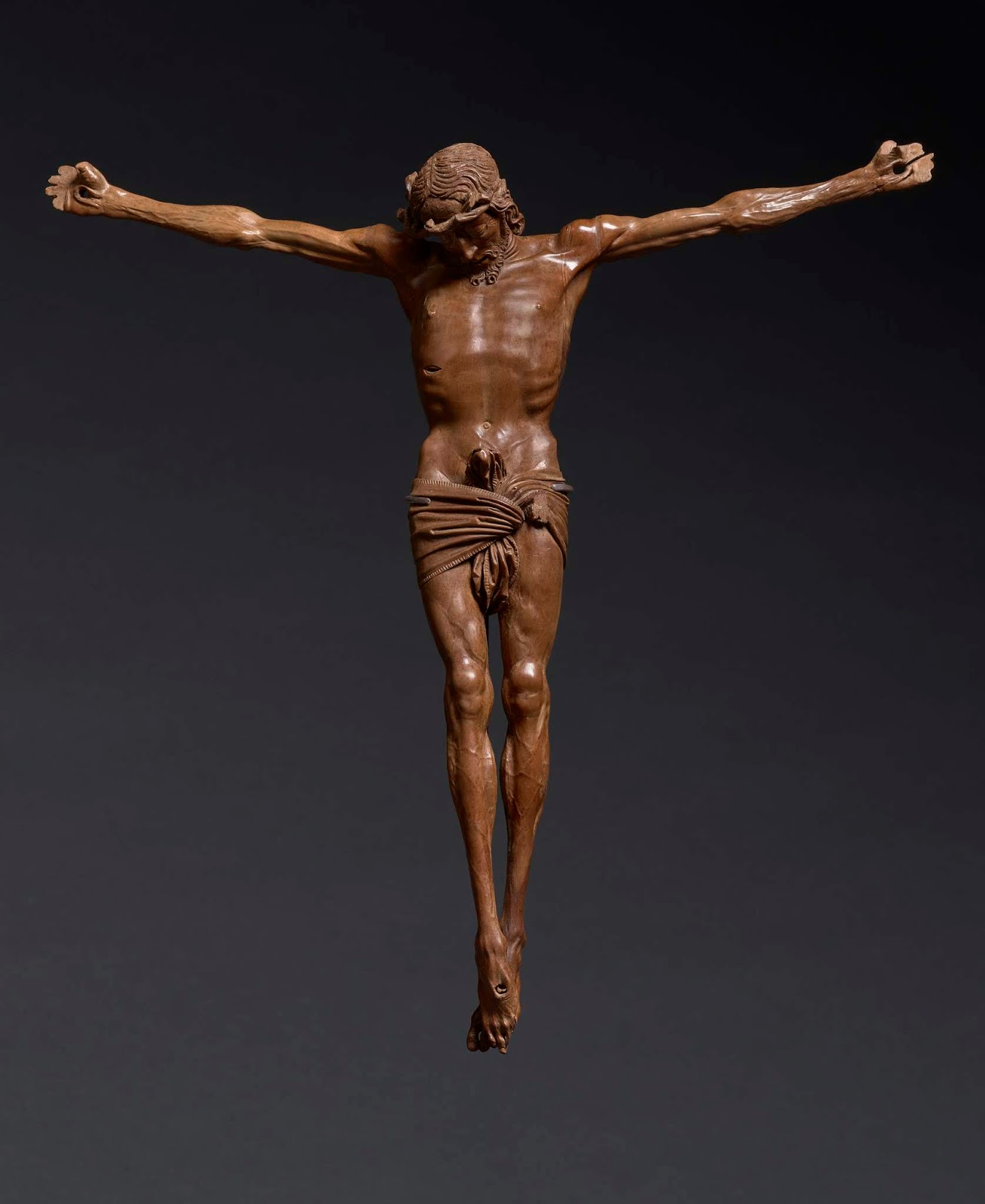 The Getty Museum has acquired a 13-inch Corpus Christi (1490s) by Late Gothic German sculptor Veit Stoss. It sold for £1.14 million at Sotheby's London last year, where it had been cataloged as "attributed to" Stoss. The Getty appears confident it's by Stoss's hand. There's just one other autograph Stoss in a U.S. museum: a Mourning Virgin at the Cleveland Museum of Art.

Carved from boxwood, the Getty sculpture is the only small crucifix by Stoss known. It adds a major artist to the Getty's small group of late Gothic and early Renaissance sculptures. 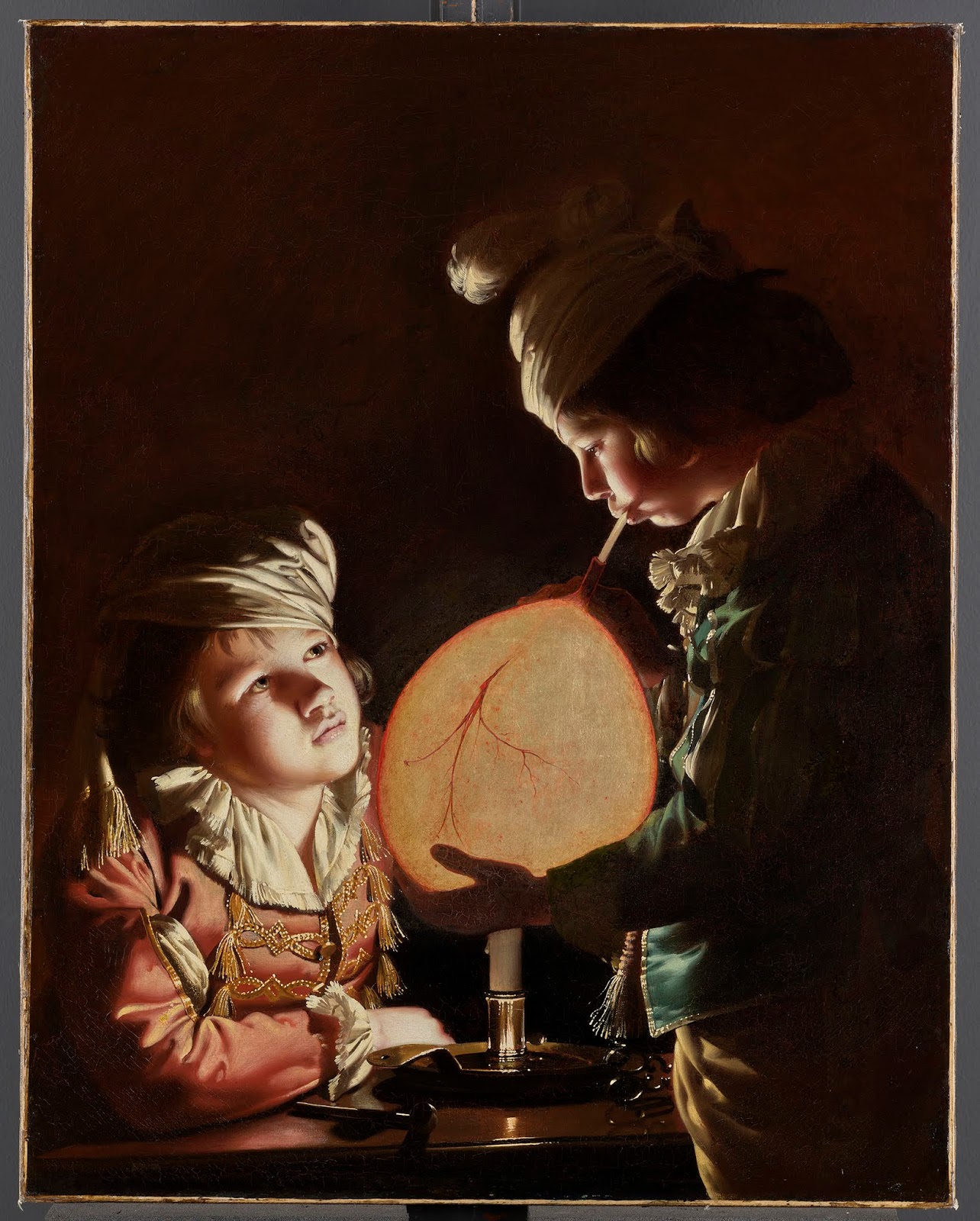 Meanwhile the Getty is  hoping to buy a painting, Joseph Wright of Derby's Two Boys with a Bladder (1769-70). Recently discovered in a Midlands farmhouse, it was displayed at this year's TEFAF by London dealers Lowell Libson and Jonny Yarker. The asking price was said to be £3–4 million, and it was sold to "a major institution" that was speculated to be the Getty. The acquisition depends on securing a UK export license.

Before rubber balloons were a thing, pig bladders were children's toys. The painting is a example of Wright of Derby's candlelight scenes, which include the big pictures of scientific experiments that made his fame. The painting was a kind of experiment itself: The artist used silver foil underneath the bladder's paint layer to increase its luminosity.

There is another Wright of Derby picture of the same unusual subject at the Huntington. It's now believed that the Libson and Yarker painting came first. The Huntington version is no copy, for it has a different composition. The colors are more muted. The Getty generally avoids buying British pictures that overlap with the Huntington's. The fact that they're interested in doing that here indicates they believe this version is in a class by itself. In press images the still-life elements sparkle, and the red, stick-figure vein in the bladder adds a surreal accent.

Should the Getty succeed in acquiring Two Boys, it will join a fancy-dress portrait and a moonlit Penelope Unravelling Her Web by the artist.
Email Post
Labels: Getty Museum Joseph Wright of Derby Veit Stoss

Anonymous said…
The Wright work has a slightly pre-Raphaelite quality about it. It's technically very impressive. But something about the style makes me react the way I do when seeing a Norman Rockwell or (at the extreme end of qualms) a Thomas Kincaide work.

I'm sure some of that hesitancy will occur when looking at works in the future Lucas Museum of Narrative Art.

Consider that the flip side of dealing with overly inscrutable, avant-garde contemporary art.
June 5, 2019 at 2:07 PM

Anonymous said…
WIth Soap Bubbles by Chardin at LACMA, and the Huntington painting, Angelenos now have 3 places to see paintings of kids blowing bubbles. I’m sure it’s academically important, but it’s the type of painting that I can’t see many people stopping to look at. Of course, $3M is change to the Getty, anyway so better to have it than not, I guess.
June 6, 2019 at 5:10 AM