USC Fisher Has a Painting Looted from Hitler 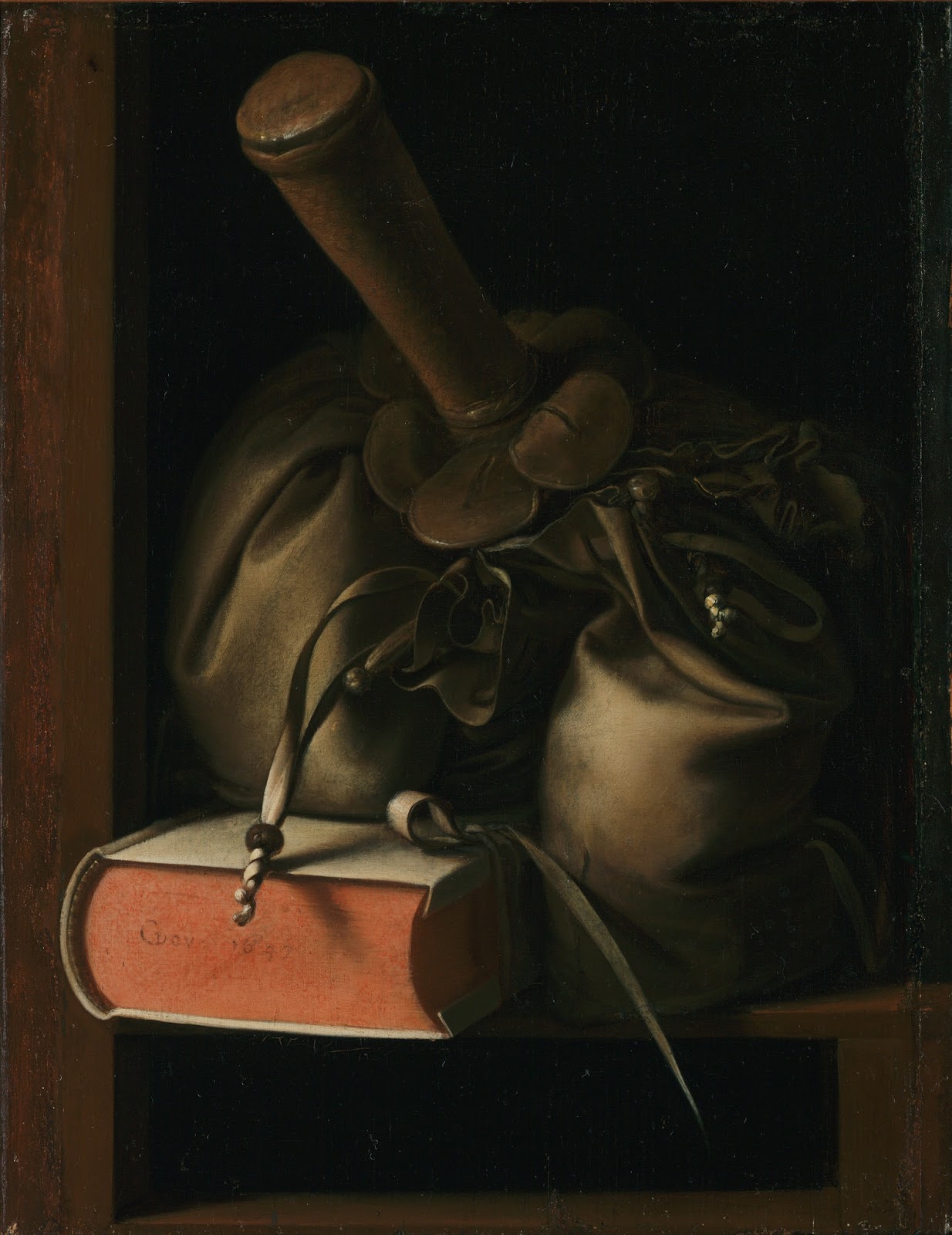 The USC Fisher Museum of Art has this ethical puzzle: a painting that was looted from Adolf Hitler. It's mentioned in a recent The New York Times article on Germany's ironic effort to locate 400-some missing artworks looted by crowds from the Fürhrerbau, Hitler's Munich headquarters. In the last days of the war, starving crowds broke into the Fürhrerbau, taking food, liquor, furniture, and paintings. It's believed the paintings had been intended for Hitler's planned museum in Linz. It's also believed that most of the works had themselves been looted from Jewish collections.

The Fisher painting, Gerard Dou's Still Life With Book and Purse (1647), was purchased by Armand Hammer in 1947. In 1964 he donated it, as part of an iffy group of Old Masters, to USC. This, Hammer's "first collection," is less notable than the one at his UCLA-run Westwood museum. But the Dou has been recognized as a stand-out of the USC group and has been on loan to the Getty. It shows a moneybag resting on a book. The moral is that study leads to wealth (no student loans in the 17th century!)