A Bolivian Pietá for LACMA 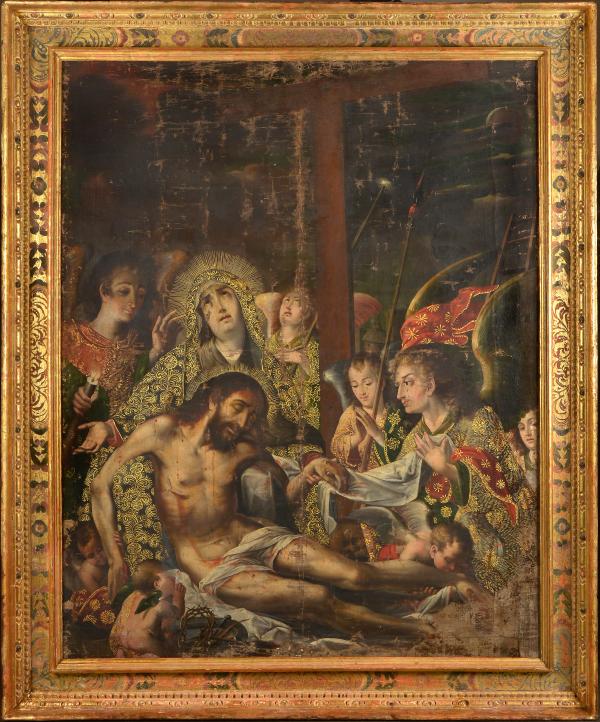 LACMA curator Ilona Katzew, writing on the Unframed blog, reports that the museum has acquired a c. 1720 Piéta by Bolivian artist Mélchor Pérez Holguín (about 1660-1732). The most celebrated painter of silver-rich Potosí, Holguín was known as Brocha de Oro ("the Golden Brush").

The Holguín was acquired with deaccession funds from the Bernard and Edith Lewin collection, which really has been the gift that keeps on giving. Most of LACMA's Spanish Colonial masterpieces have been acquired by selling lesser works from the Lewins' midrange collection of 20th-century Mexican art.

Post-conservation the Piéta will be featured in an upcoming show "The Eye of the Imagination: LACMA's Collection of Spanish Colonial Art."
Email Post

Zack said…
Now this is something to get excited about! What an interesting painting and a nice addition to LACMA's collection.
December 11, 2019 at 3:41 PM