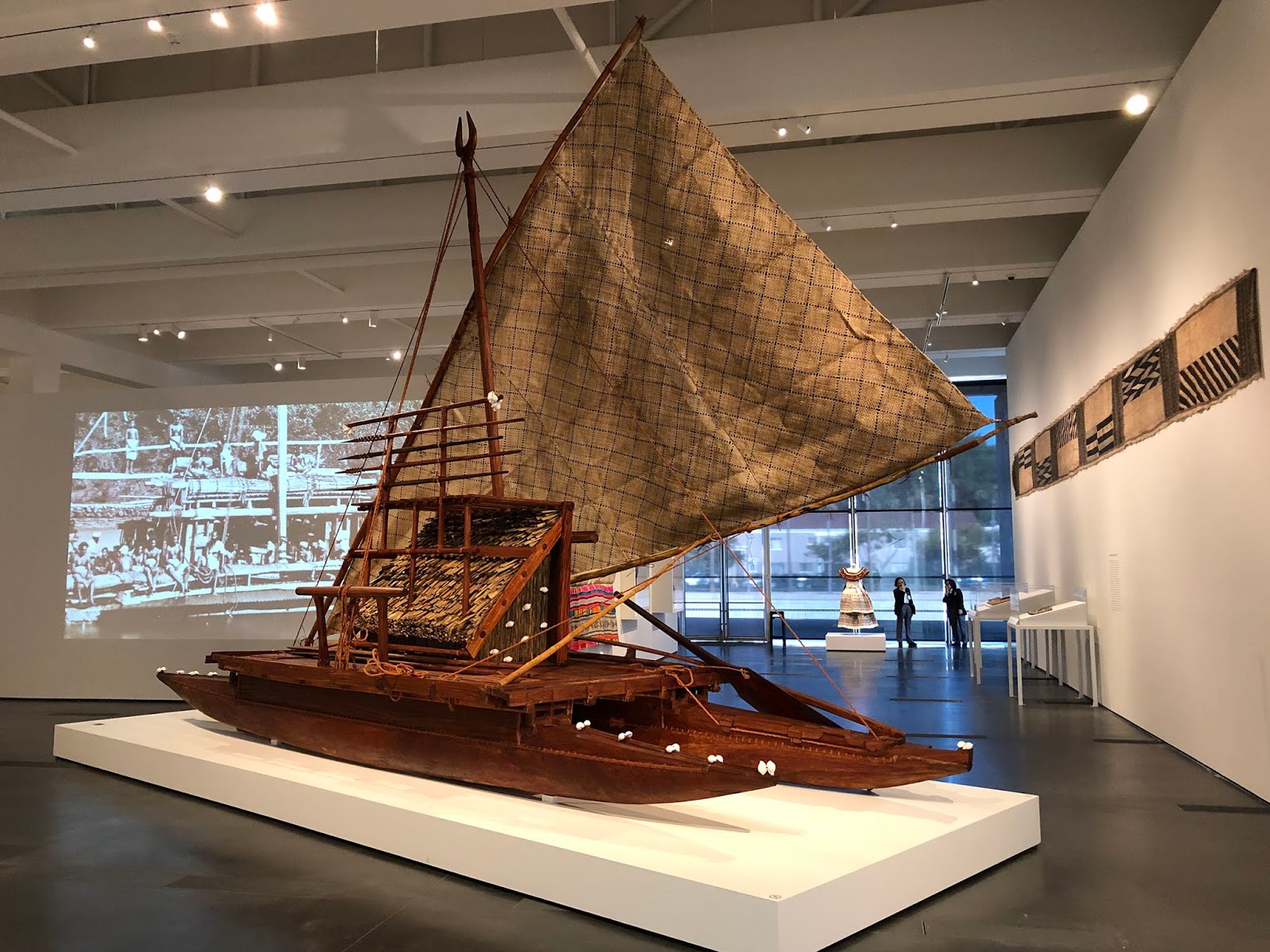 Captain Cook landed in Fiji in 1774, describing the Fijians as expert shipbuilders and fierce cannibals. The latter claim was later used as justification for a century of British colonial rule. By the early 20th century the missionaries and merchants had disrupted much of traditional Fijian culture. Nonetheless, examples of Fiji's rich visual art had made their way into Western collections, where they were hailed as modern before the fact. Fiji is known for sleek, sculptural war clubs, patterned mulberry barkcloth, and chiefly prestige goods, often whale ivory or mother-of-pearl inlay on precious wood.

LACMA's "Fiji: Art & Life in the Pacific," consisting of 280 objects drawn from U.K., U.S., and Fijian collections, is billed as the first major exhibition of its kind in the U.S. It reprises a 2016-17 show at the Sainsbury Centre, Norwich, England (and travels to the Peabody Essex Museum, Massachusetts, after the L.A. showing). Newly commissioned is a 26-foot long double-hulled canoe/sailboat (drua), made by a Fijian team using traditional tools.

LACMA has a significant collection of 19th-century photographs of Fiji, a gift of Mark and Carolyn Blackburn. Along with early European paintings and watercolors, they are important documents, as 19th-century Fijian art rarely recorded surface appearances of people or landscapes.
Westerners initially viewed Fijian wood carvings as curios. Four-pronged "flesh forks" (icula), understood to be relics of cannibalism, were collected (and forged for the Western art market). By the 20th century, the European avant-garde reconceived some Fijian objects as abstract sculptures. The LACMA show displays war clubs like Brancusis. Like deluxe arms & armor around the globe, they must have been made more for show than combat. A missile club from the Fiji Museum has star- and moon-shaped inlays of precious sperm whale ivory.
Fiji did produce figurative art, especially of animals. Pottery and yaqona dishes assumed the forms of turtles, sea cucumbers, or ducks.

Unique to Fiji are portable temples made of coconut fiber and wood. They are replicas of full-size structures. The show includes the earliest known example, from the Peabody Essex Museum. The missionaries encouraged barkcloth garments as modest replacements for the traditional fiber skirts. Today exuberantly patterned barkcloth is a Fijian trademark. A Three-Piece Ceremonial Outfit (2019) by Pasepa has three configurable elements and is designed for any gender.