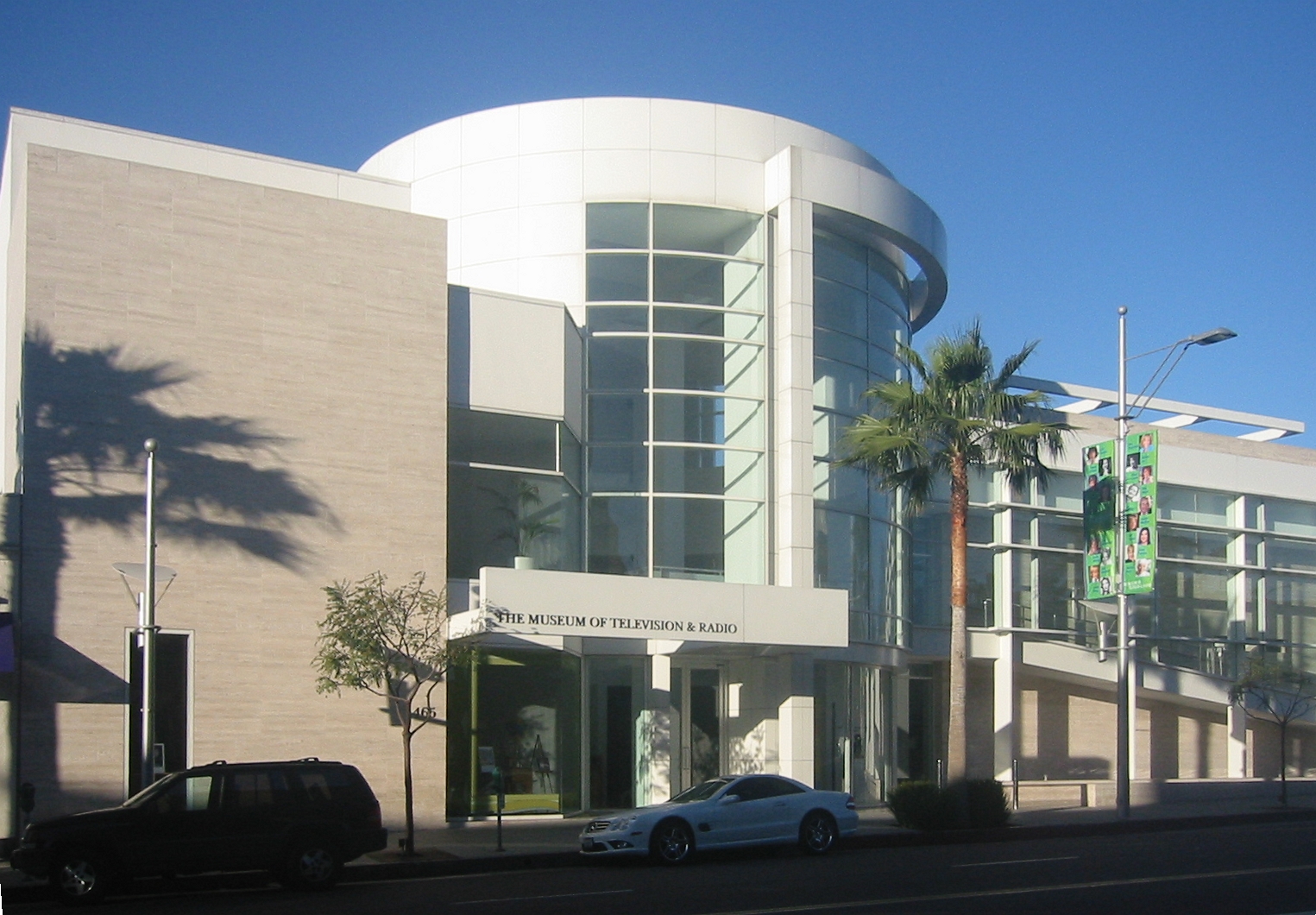 The bicoastal Paley Center for Media will be closing its Los Angeles building in the near future, reports Variety. Since 1996 the Paley has occupied a custom-built Richard Meier building in Beverly Hills. The Paley's public programming will continue at other sites around Los Angeles.

Formerly known as the Museum of Television & Radio, the Meier building was conceived as a place where visitors could watch old TV shows on personal consoles. YouTube made this all but irrelevant. Temporary displays of TV show artifacts were modest and sometimes unfocused. The current display, "PaleyLand," promises a "magical instagram moment in a candy cane forest."

The Center is primarily known for its public programs bringing together stars and show runners. But the Meier building's theaters are too small for the Center's larger events. Next March's Paley Fest (celebrating Dolly Parton, Outlander, Modern Family, and Shitt's Creek) is to be held in the Dolby Theater, Hollywood.

The fate of the Meier bulding is unknown. Jenel Management Corp, a New York firm, owns the land. In 2014 a spokesperson said that "when Paley leaves, it’s going to be converted to high-end retail with much higher rents.”

The Paley Center is the third L.A. museum to close abruptly since June. It follows the Marciano Art Foundation and the Main Museum. Last October the Pasadena Museum of California Art shut its doors.
Email Post
Labels: Paley Center for Media Richard Meier