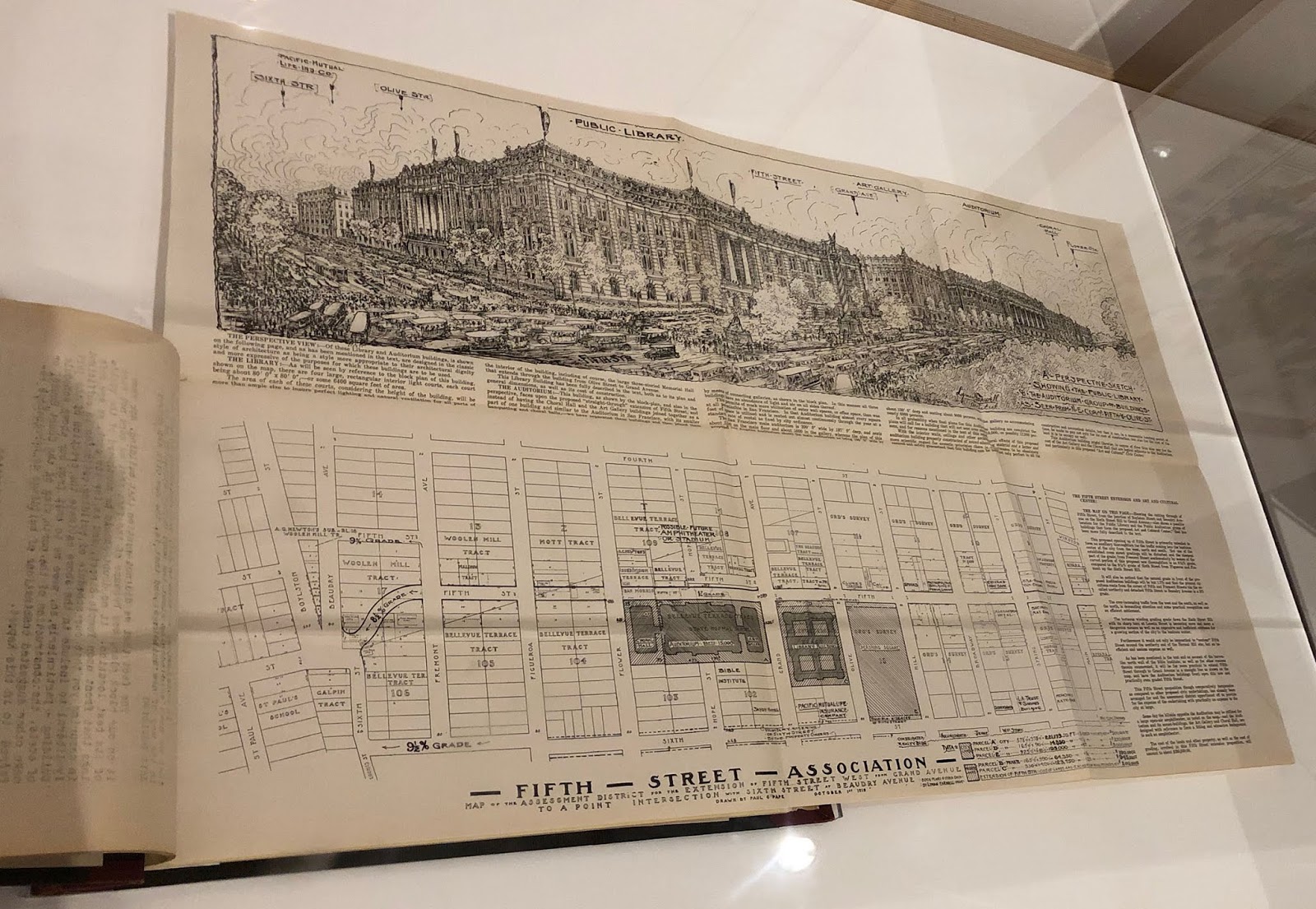 The Huntington's "Nineteen Nineteen" presents architect Lyman Farwell's 1919 plan for a Beaux Arts Acropolis in downtown Los Angeles. It would have included a choral hall, an auditorium, an art gallery, and a library. All are in a style similar to East Coast institutions of the time. Today's Central Library stands where Farwell's art gallery would have been. Centered on Grand Avenue, Farwell's complex would have been a few blocks south of today's MOCA, the Broad, and Disney Hall.

The Museum of History, Science, and Art—today's NHMLA and precursor of LACMA—had opened in Exposition Park in 1913. Farwell's plan showed that civic leaders already recognized the need for a separate institution for art. It was optimistically believed that rental income from the auditorium would fund the art gallery.

Who was Lyman Farwell? St. Paul-born, Farwell (1864-1933) studied at MIT and the École des Beaux-Arts and briefly worked for McKim, Mead & White in New York. His best-known building is the French chateau-style 1909 Rollin B. Lane house, Hollywood—today known as the Magic Castle.