LACMA's "Julie Mehretu" is the ideal sort of midcareer retrospective. As curated by Christine Y. Kim with Rujeko Hockley, it builds to an operatic climax of recent work. You walk out invigorated by that high note, looking forward to the second half of Mehretu's career. The newest paintings here, dating 2017-2019, manage to be lyrical while invoking stories ripped from the headlines (Ferguson to California wildfires). They also demonstrate the unique role that photography has assumed in Mehretu's paintings.
You wouldn't know that photographs have anything to do with these works. They do not employ the architectural renderings of earlier work (which were often traced from projected photos). In the new paintings, Mehretu's rich surfaces layer gestural hand-painting, silk screening, airbrushing, and collage for an almost holographic effect. The moody, atmospheric quality is achieved in part through news photographs blurred in PhotoShop and transferred to the canvas.
The large two-panel painting Haka (and Riot), created this year, draws on two media images of U.S. immigrant detention camps: one of beds for children separated from their parents, and the other of a pay phone in a California facility. In a gallery video at LACMA, Mehretu explains that the images were collected, cropped, digitally blurred, and layered into the painting. 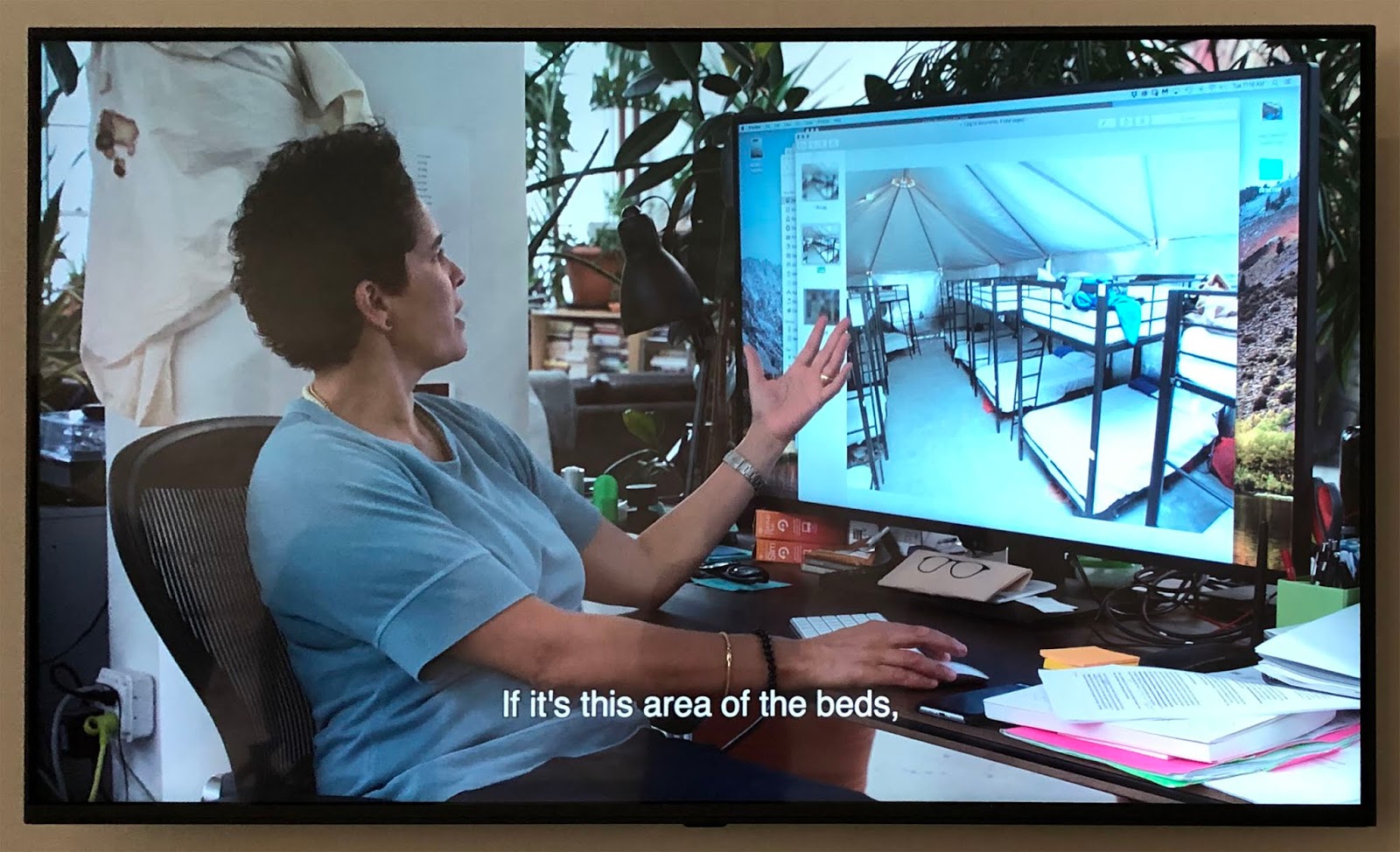 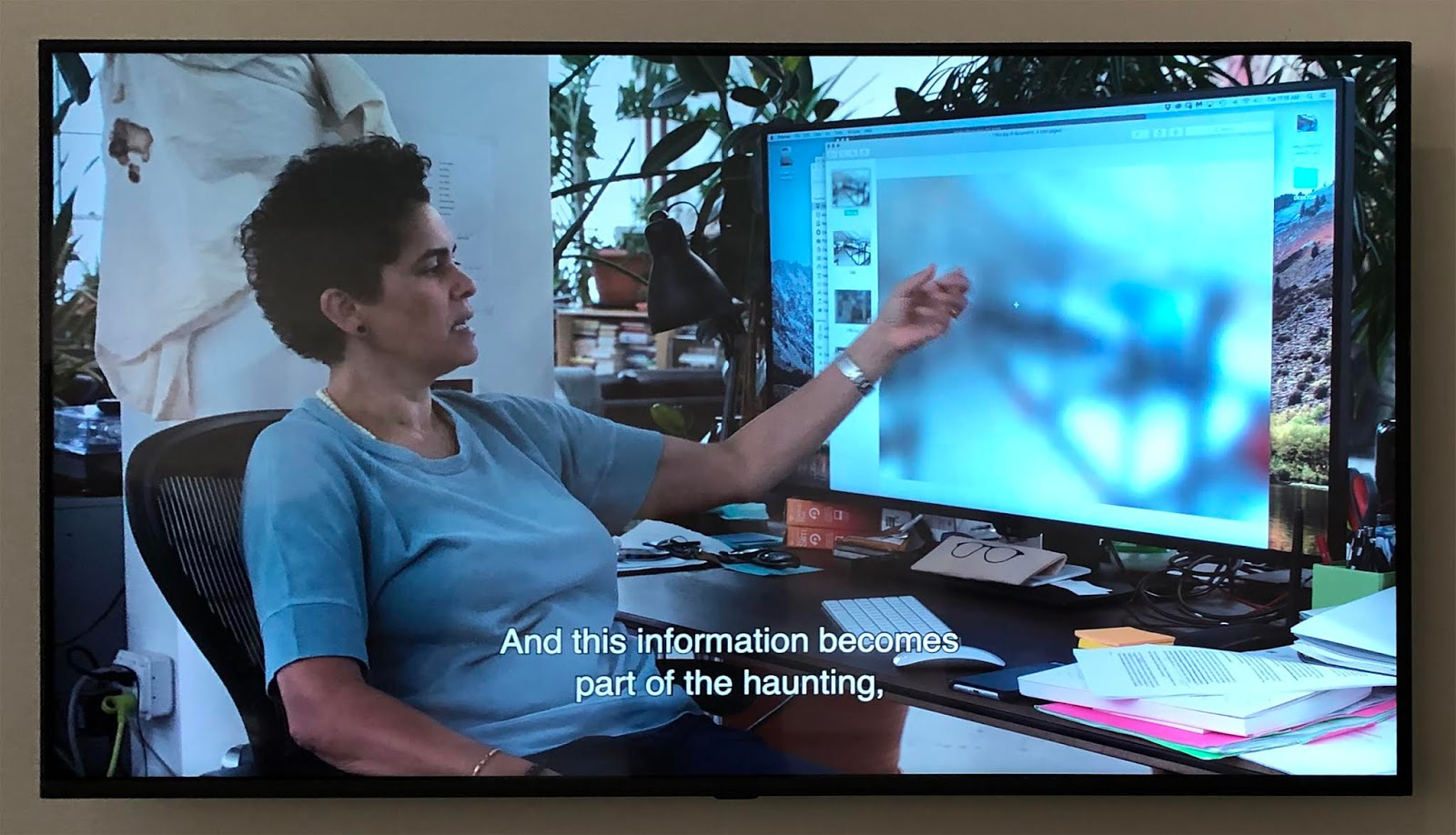 In Haka (and Riot) the photos are completely unrecognizable, even as photos. They function somewhat the way that frottage did for the Surrealists, providing an armature for the composition, plus a subliminal sense of the uncanny.

In Mehretu's words: "There's a subconscious terror that you feel vibrating close to the surface.… More than I've ever felt in my lifetime here in the U.S. It's seeping into everything. I feel like that is what I'm trying to metabolize in these new paintings."