A Trigger Warning, and More, at MOCA 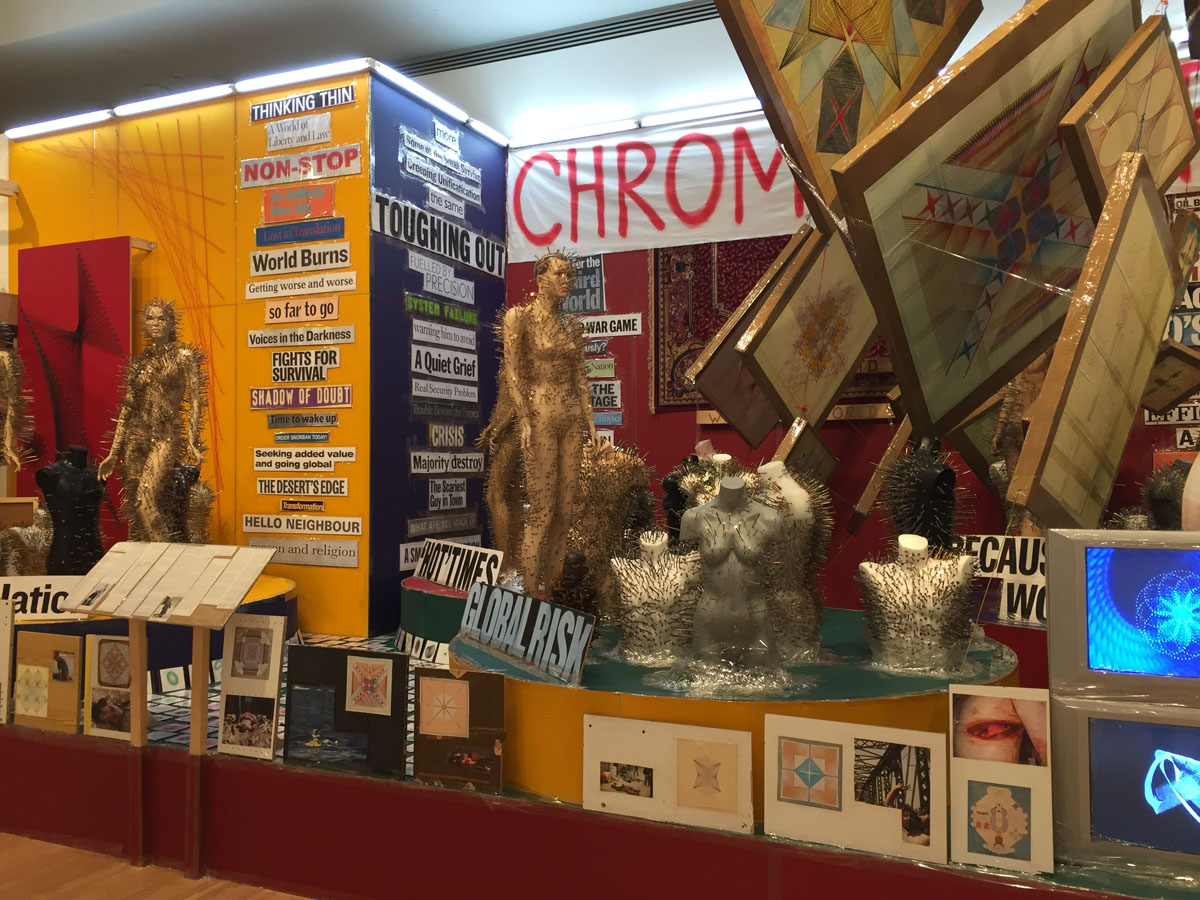 MOCA Grand Avenue, which has just opened a R.H. Quaytman exhibition, has also refreshed its permanent collection display. Now on view is Thomas Hirschhorn's Chromatic Fire (2005), acquired last year as a gift of Adam Sender. It's equally about violence in the media and the spiritual in art. Hirschhorn reproduces visionary paintings by fellow-Swiss "outsider" artist Emma Kunz (1892-1963), alongside media depictions of Iraqi, Afghani, and gangland atrocities; the concrete poetry of headlines; and mannequins bristling with Philips-head screws, referencing Kongo power figures and Clive Barker Hellraisers.
MOCA believes Chromatic Fire merits a trigger warning. The guard warns every visitor of its graphic content. My guess is the average, 15-second-per-work museum visitor won't even notice. Consider that a tragedy of art and life. 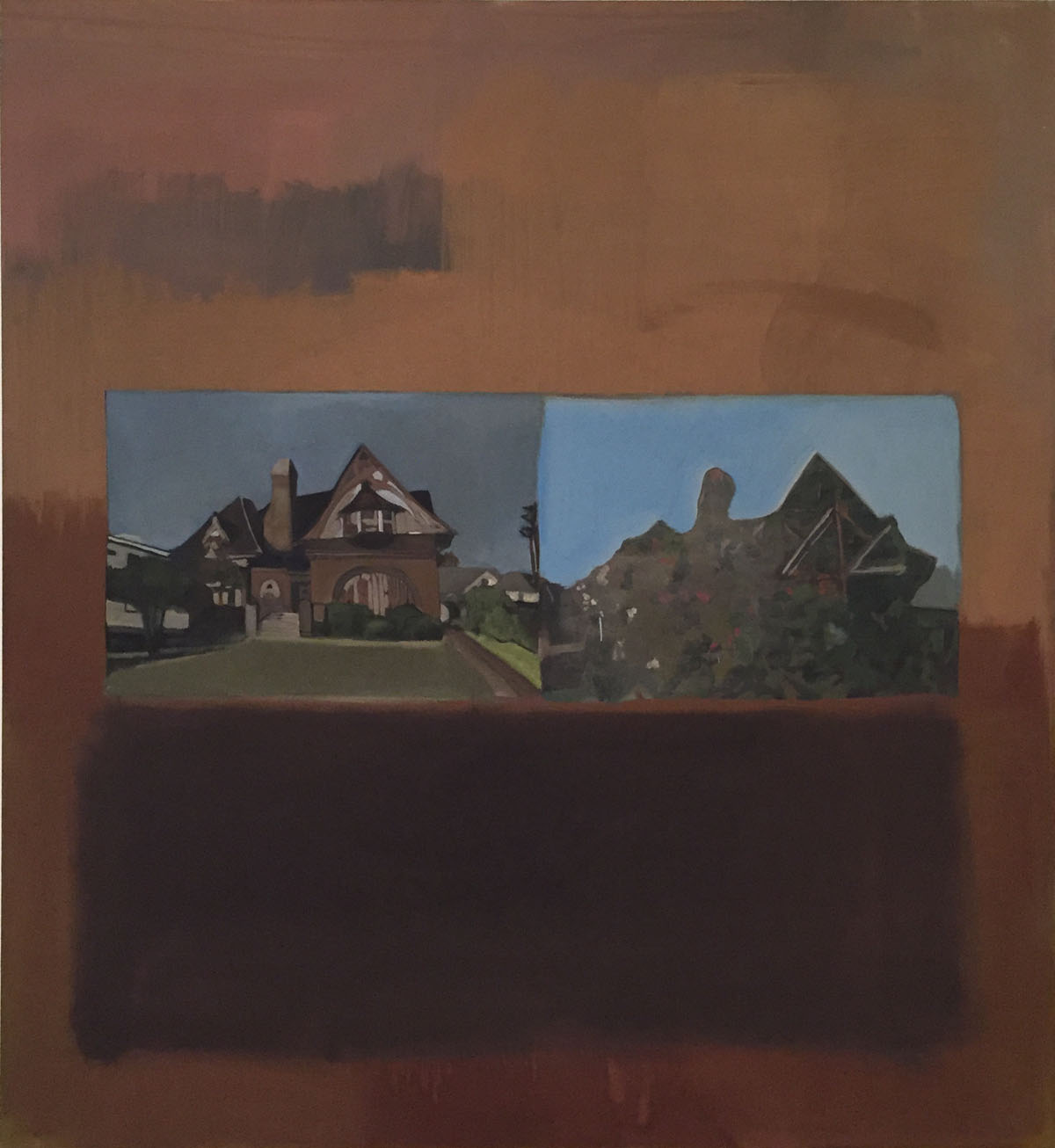 MOCA has acquired one of Noah Davis' last paintings, Untitled (Fitzgerald). Fitzgerald House is an eclectic 1906 mansion not far from the Underground Museum (founded by Noah and Karon Davis, now MOCA's West Adams satellite). The painting's color field background is a "Rothko," and MOCA is showing it steps away from a whole room of Rothkos. 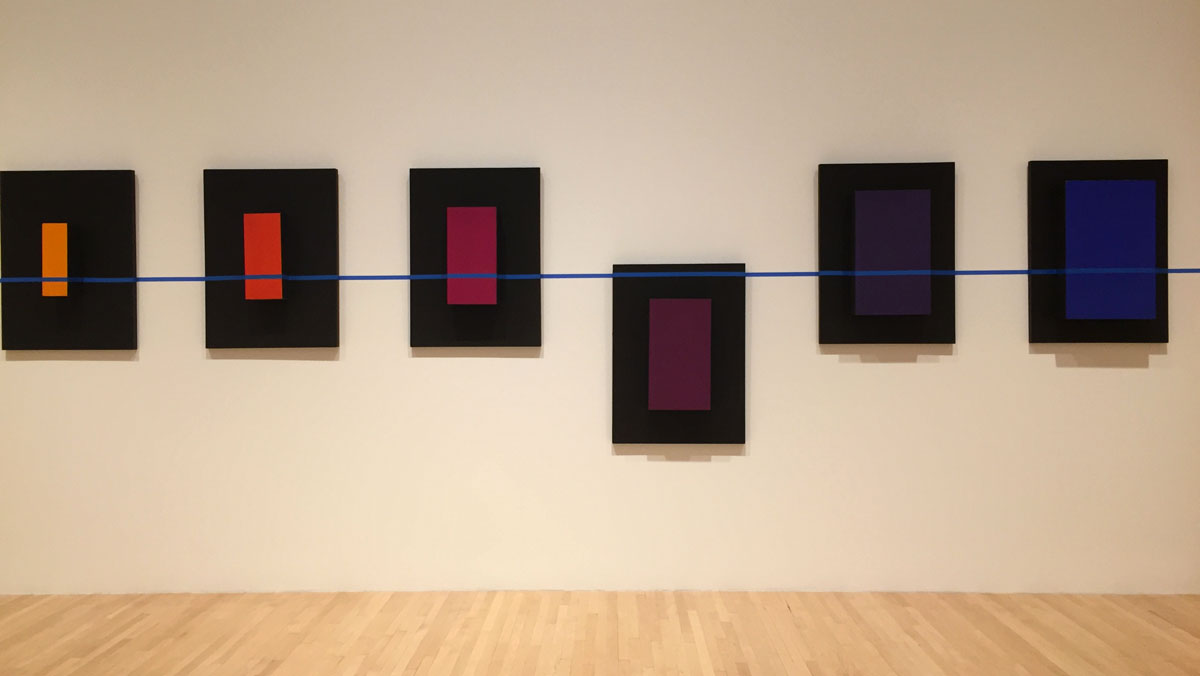 The Quaytman show has a clever antechamber in the form of a newly installed room of 1960s and 70s art bridging abstraction and photography. Bridget Riley, John McLaughlin, and Ed Ruscha share space with the less-well-known Ukrainian artist Edward Krasinski (1925-2004). In Intervention (1981) Krasinski used blue tape as an agent of supreme confusion. 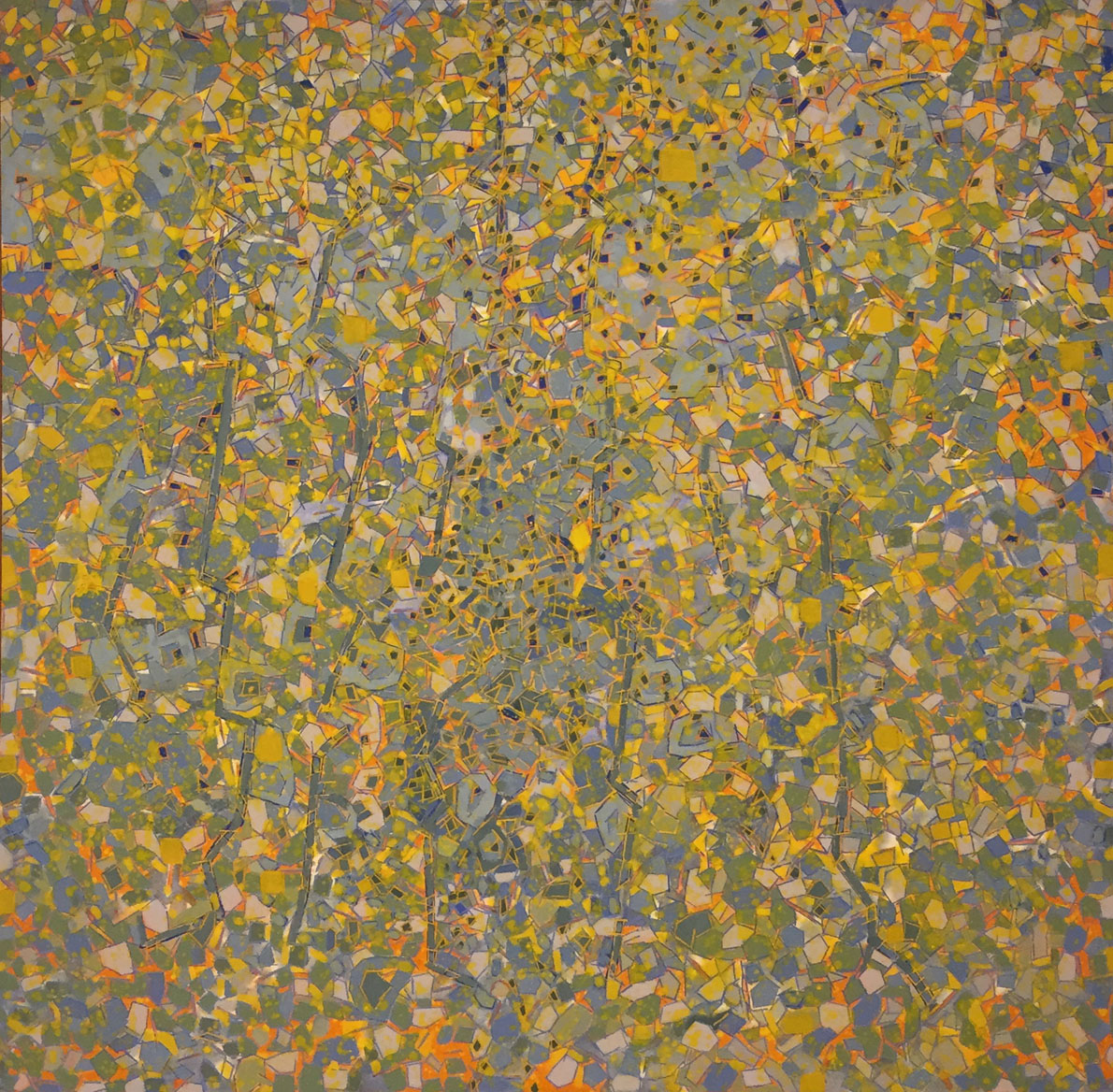 The same room has an outlier Lee Mullican, The Great Transparents II (1972). It was a gift of Fannie and Alan Leslie, who gave LACMA some of its weirdest mid-century paintings. Were Formica to market this Mullican as a kitchen counter, every hipster home-flipper would be screaming for it.
In 1992 Max Ernst's family gave MOCA a plaster version of Capricorn, a famous concrete sculpture created for the Sedona, Arizona, compound Ernst shared with wife Dorothea Tanning. Capricorn has not, to my knowledge, ever been shown at MOCA. Here it holds its own next to paintings by Miró and Gorky.
Dated 1948-1963, Capricorn must have been created from molds of the concrete. The head of the scepter was cast from an egg carton. The best-known Capricorns are bronzes, cast in 1964 and 1975. But the plaster seems less precious, more surrealist, than the bronzes. The MOCA sculpture has numbers on the segments, like an archeological find that had to be reconstructed.
Surrealism is of course way before MOCA's time. Yet the found-object crudity of Capricorn invites comparison with much contemporary sculpture. 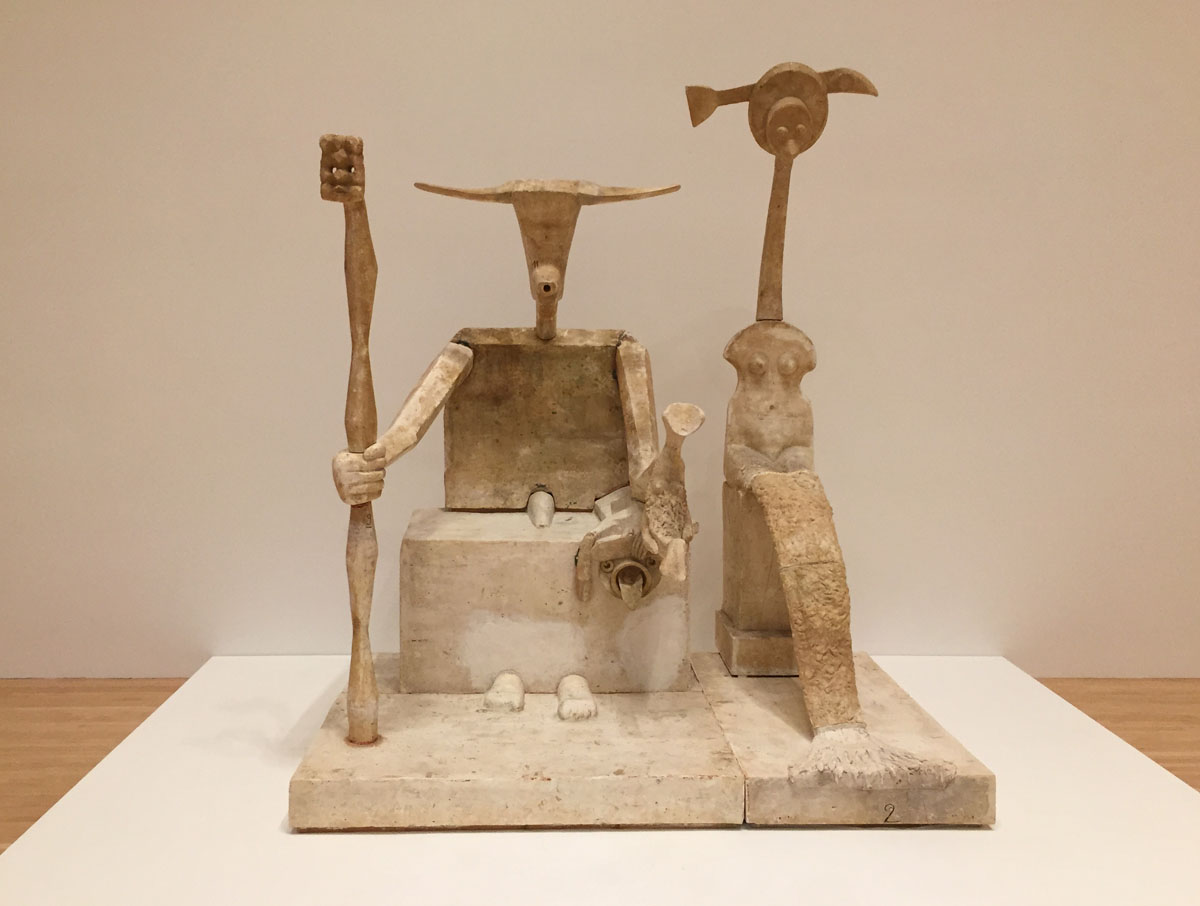