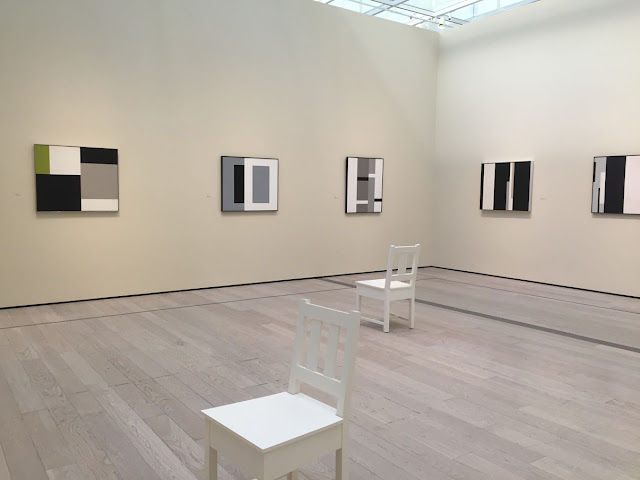 This election has reminded us that one's own admiration for people and ideas may not be universally shared. Consider John McLaughlin (1898-1976), whose impassioned cult rates him, not only as Southern California's first great painter, but as an indispensable American artist. McLaughlin is finally getting a worthy show at a major museum: LACMA's "John McLaughlin Paintings: Total Abstraction," curated by Stephanie Barron and Lauren Bergman. It makes the best case for McLaughlin that any fanboy/girl could ask for. Yet Christopher Knight's rave L.A. Times review notes that the show was offered to the Whitney, Boston Museum of Fine Arts, Chicago Art Institute, Yale, UC Berkeley, and other prestigious institutions. All said, no thanks! 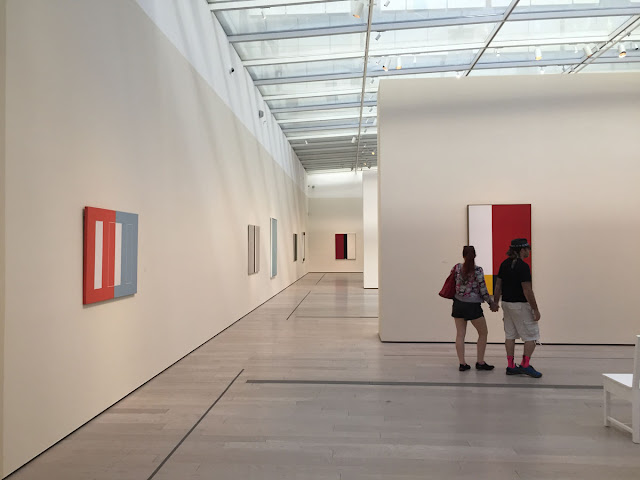 Perhaps the McLaughlin "problem" is the lack of a good elevator pitch. He is a genius of subtlety, and it's hard to understand that from a single painting. In New York McLaughlin is regarded as maybe a West Coast answer to Burgoyne Diller. He is also compared to Barnett Newman, Ellsworth Kelly, and Ad Reinhardt, though these are considered canonical artists, and McLaughlin is rarely considered their equal. In spirit McLaughlin might be closest to Reinhardt; what distinguishes McLaughlin is his perceptual brand of conceptualism.
McLaughlin spent two years in Japan in the 1930s. Returning to the states, he dealt in Japanese prints, counting Frank Lloyd Wright as a client. McLaughlin said that his favorite artist was the Muromachi painter Sesshu Toyo (1420-1506), who structured his works around a "marvelous void" (ma). Sesshu praised the empty space between motifs as important as the motifs themselves. Shown is his Haboku Sansui (1495). 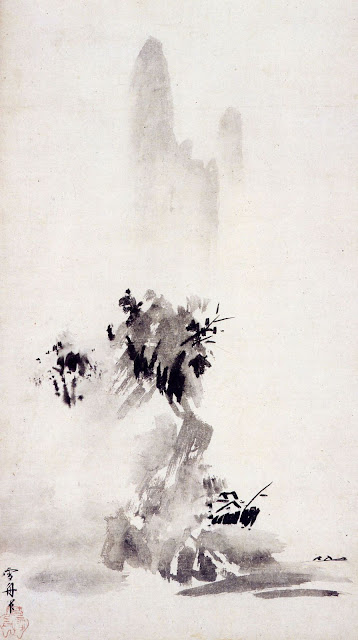 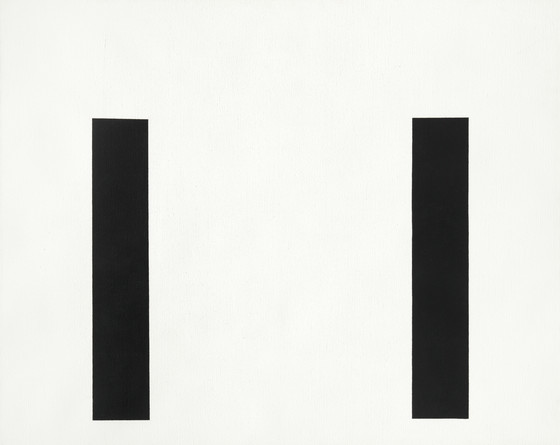 McLaughlin was self-taught and spent his artistic career in Dana Point, near Laguna Beach. That was far removed from the New York and even the Los Angeles art worlds of the time. There he took the Zen void into the context of Euro-American modernism. His late, mostly black-and-white paintings combine the void with a new sort of Western perspective, that of perceptual psychology. Such paintings as #5, above, evoke tests of stereo vision. Their fearful symmetry violates Eastern and Western canons of compositional "good taste." McLaughlin asked viewers to imagine a universe in which there is nothing outside the painting, not even the topical nihilism of his post-Holocaust, post-Hiroshima age.

The LACMA exhibition has a tightly edited 52 paintings, plus some collages. It is not much bigger than the Laguna Museum's 1996 show, but it makes the most of the overhead light of the Renzo Piano BCAM. The Laguna show had a Zen garden; LACMA has something better, Twelve Chairs Made for the Occasion of a John McLaughlin Retrospective at the Los Angeles County Museum (2016) by Roy McMakin. The guards say you're allowed to sit on them, but I only saw one visitor who dared to do so. They're site-specific sculptures, echoing the planes of McLaughlin, Shaker furniture, and other varieties of American splendor. 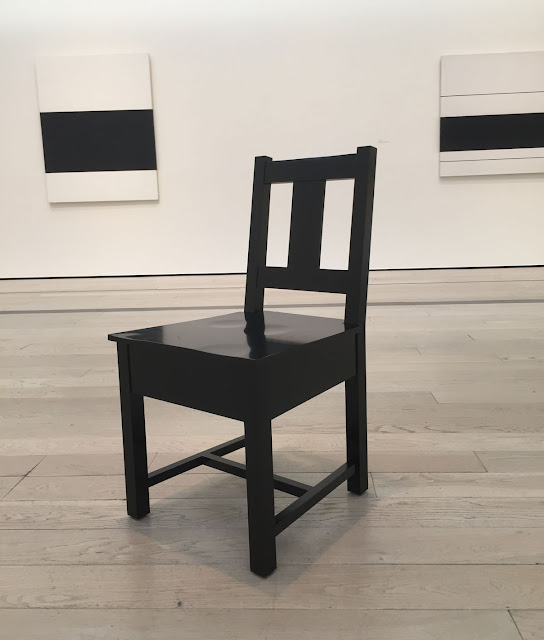 It is widely supposed that McLaughlin is a recent (re)discovery. In fact he was shown widely in the 1950s, in California and elsewhere. "Four Abstract Classicists," the 1959 L.A. County Museum show that featured McLaughlin, Karl Benjamin, Lorser Feitelson, and Frederick Hammersley, travelled to San Francisco, London, and Belfast. It didn't go to New York, but McLaughlin was collected there, notably by playwright Edward Albee. MoMA and the Whitney have lent McLaughlin works to LACMA, though to be honest they're not the standouts you'd expect of those institutions. The Indianapolis Museum of Art has a real masterpiece, #17-1962 (below). 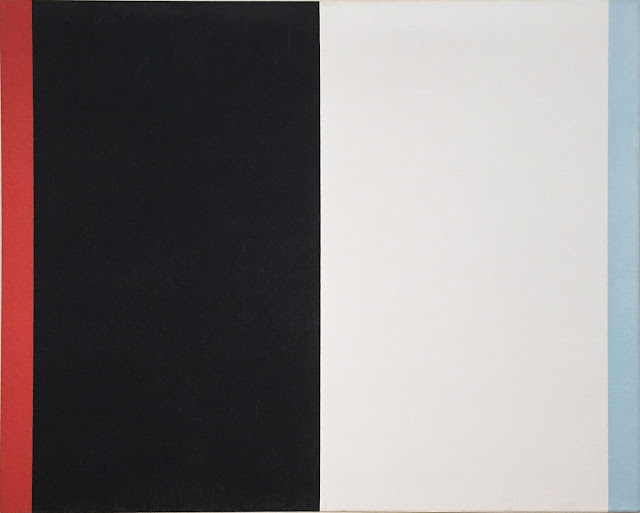 Louis Stern has a McLaughlin CV on its website, running through 2008. I've used it to make this chart. It shows McLaughlin exhibitions by year, breaking them down into three categories: those at the Los Angeles County Museum/LACMA; those at other museums; and those at commercial galleries, county fairs, the Laguna Beach Festival of the Arts(!), and other venues. 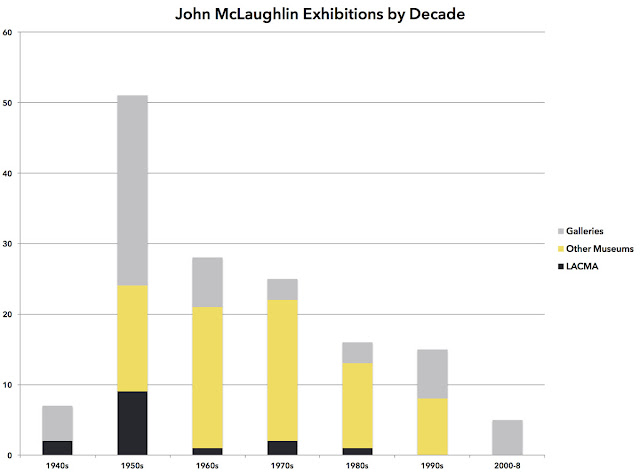 The takeaway is that McLaughlin's visability peaked in the 1950s. It declined dramatically though the first years of this century. The McLaughlin revival is/must be in the past decade, though it can't be demonstrated from the Louis Stern data.
The pre-LACMA County Museum was McLaughlin's greatest institutional champion, sometimes including him in two group shows in a single year. This challenges the notion that the Exposition Park Museum was utterly insensitive to contemporary art.
The Museum of Modern Art had McLaughlin in group shows in 1965, 1966, 1975, and 1985—not bad for a supposedly reclusive West Coast artist. But in 1975 LACMA slotted McLaughlin into a show significantly titled "California: Five Footnotes to Modern Art History."
Edward Albee contributed an essay on McLaughlin to the 1996 Laguna Art Museum catalog. A LACMA wall text quotes Albee:

"I suppose what concerns me most about John McLaughlin
is that he has not yet been understood and lauded his due.
Many pioneers suffer this, it would seem. The Peter Halleys of this world,
for example, who so much to the McLaughlins of this world,
go on to absurd celebrity while the models languish." 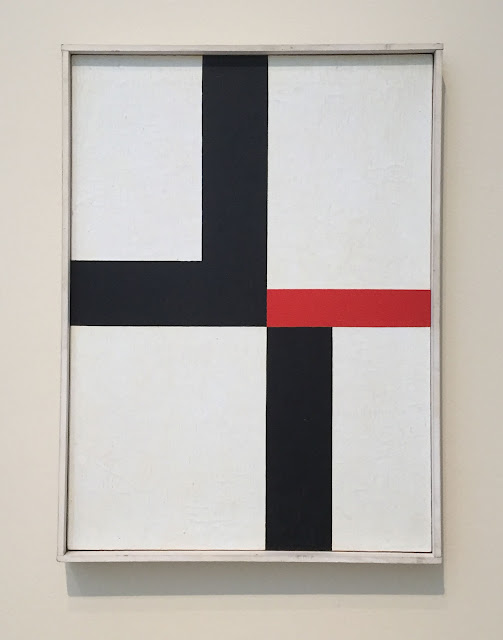