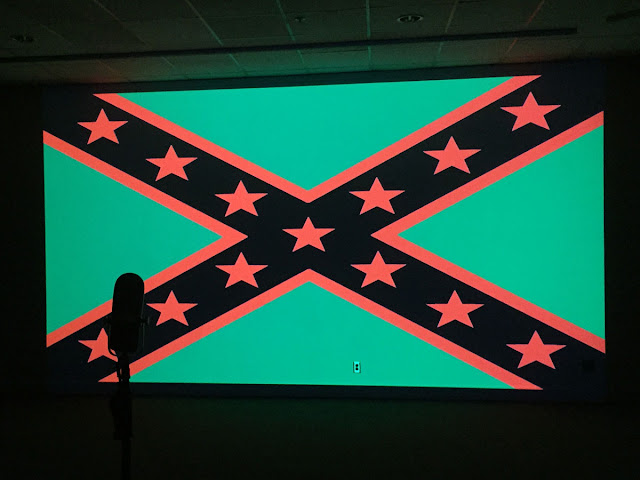 D.C.'s new National Museum of African African American History and Culture has a starchitect, national media attention, and crowds clamoring for timed passes. L.A.'s California African American Museum gets much less attention and is hardly ever crowded. But CAAM is having one of its strongest seasons ever, with the kind of relevant contemporary art that so far mostly eludes the DC institution. CAAM has an installation by Hank Willis Thomas (top of post); a group exhibition of four African artists working in the U.S.; the first museum show of L.A. artist Genevieve Gagnard; an unsettlingly topical show on the Nazi Berlin 1936 Olympics; and finally, an installation of the permanent collection (below, Alison and Betye Saar's 1989 House of Gris Gris). 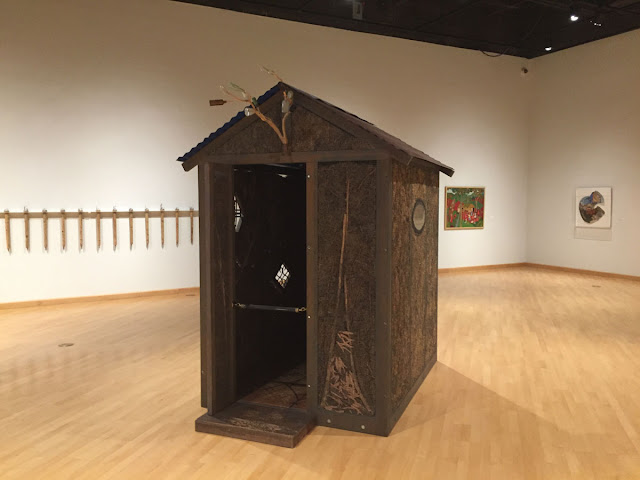 Hank Willis Thomas' "Black Righteous Space" inverts the Confederate flag into a psychedelic video wallpaper. Rhythmic beats are synched to the poetry-slam words of Gil-Scott Heron, James Baldwin, Richard Pryor, and others, potentially including the visitor who takes the mike.
"Politics, Race, and Propaganda: The Nazi Olympics, Berlin 1936" is almost all text panels and reproduced photos. Despite that, the story is fascinating. The 1936 German public defied Nazi racism by cheering African-American track star Jesse Owens. Hitler wouldn't shake his hand, but neither did Franklin Delano Roosevelt send a letter of congratulations to the gold medal winner. The ambivalent message is that regular folks may have more humanity than their leaders, but it might not matter, and didn't matter in 1940s Germany. 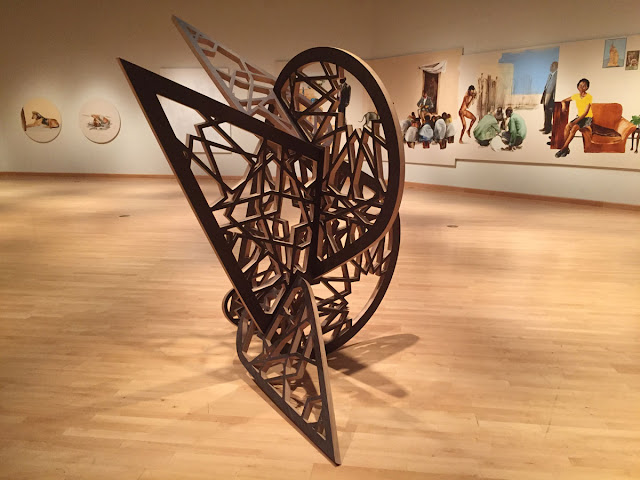 "The Ease of Fiction" features a Sherin Guirguis sculpture melding Islamic architectural fretwork to an Eames-modern approach to plywood. Another Guirguis plywood sculpture is in LACMA's Catherine Opie-instigated "L.A. Exuberance: New Gifts by Artists."
Behind the Guirguis  is a puzzle-panorama by Meleko Mokgosi. Below, one of Mokgosi's Motswana dogs. 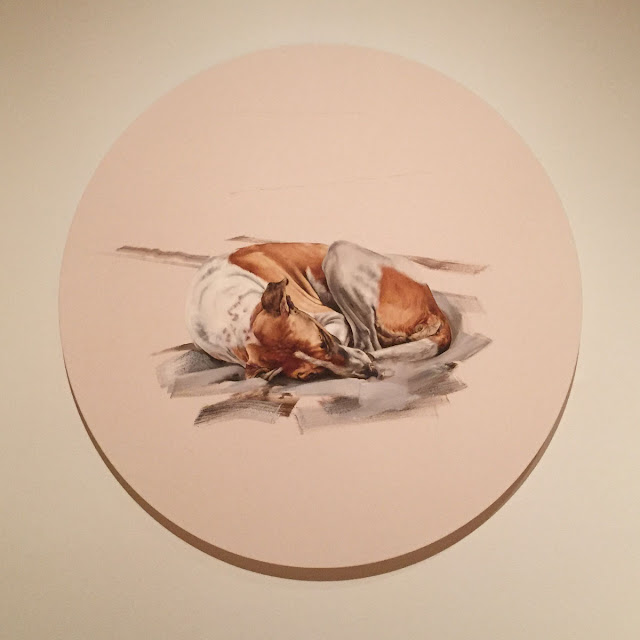