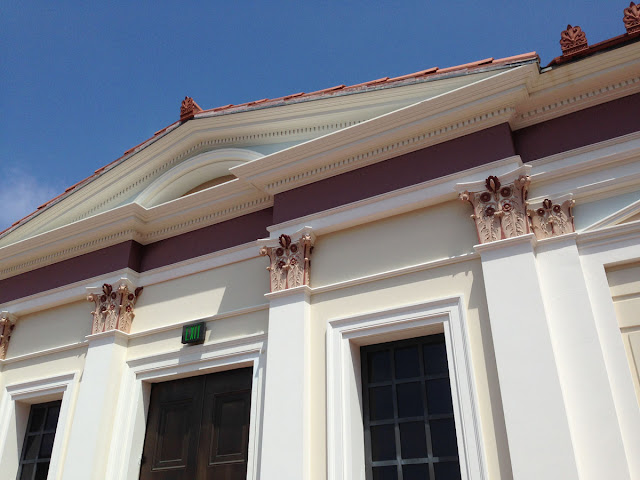 The Getty Villa will begin its long-planned reinstallation of the collection on January 3, 2017, with completion expected in spring 2018. The Villa will remain open throughout the process, with about half the galleries open at any time.

The plan is to replace the current thematic display ("Stories of the Trojan War," "Women and Children in Antiquity," etc.) with a more chronological one. Thus you won't be seeing displays such as the one below for much longer. It's all the objects showing lions, gathered in one place. I guess the feeling was that visitors know what lions are; aren't sure what "Hellenistic" means. Next to this is a display of bears. 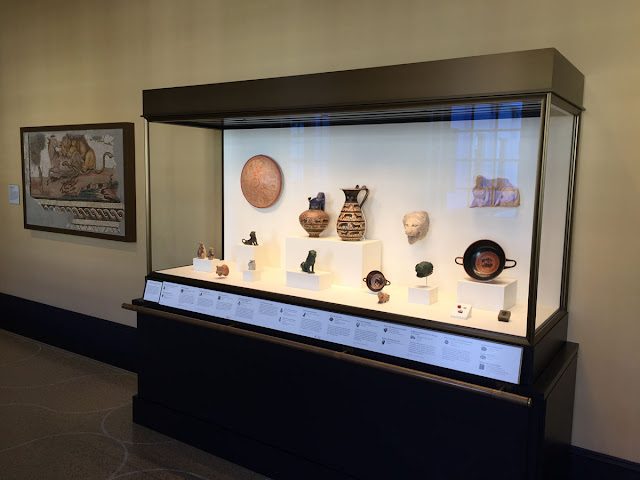 One of the new displays does sound thematic. The "Classical World in Context" will realize Timothy Potts' intention of showing examples of art by ancient cultures that interacted with Greece and Rome. Potts, a Near Eastern scholar, had spoken of acquiring a few such pieces, though not much has happened on that front. Most of the objects in the new display will will be long-term loans from other museums.

The Getty says the reinstallation will carve out an additional 3000 sq. ft. of exhibition space and show some larger-scale objects that haven't been on view in decades. Among them is a set of frescoes from the Villa of Numerius Popidius Florus at Boscoreale. 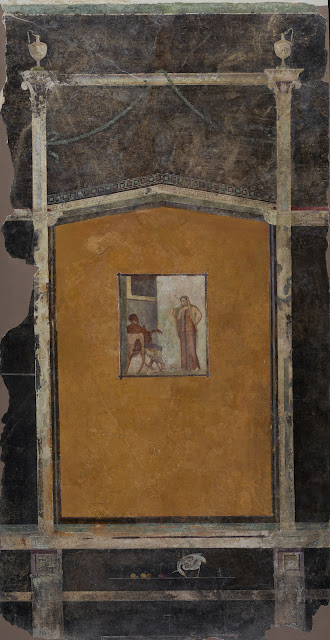 Another change: The Peristyle Garden pool, dry since early in the drought, will be refilled with water. 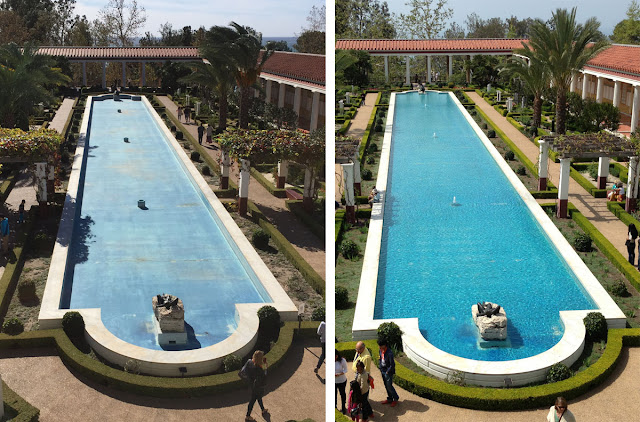 Hannan Aslam said…
Your site is truly cool and this is an extraordinary rousing article. coastal style
October 24, 2017 at 2:19 AM