End of the Line for Koons Train: a Sacramento Railyard? 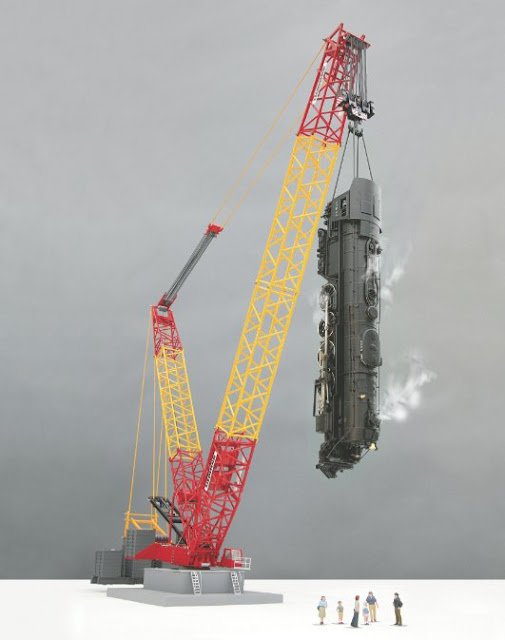 It's been 13 years since Jeff Koons imagineered a 170-foot sculpture of a suspended, chugging steam locomotive. First it was going to be at LACMA, then at the High Line. Since then, things have been quiet. Now the Train has resurfaced in a proposal to put it at the Sacramento railyards.

Don't take this latest idea too seriously. It's advanced by journalist Rob Turner in the current Sactown magazine and seems to be his idea alone. But Turner notes that Sacramento Kings owners Phil Oates, Kevin Nagle, and Vivek Ranadivé liked Koons enough to donate $1 million each to buying the sculptor's Coloring Book for the Kings arena.

Coloring Book has not been much of a critical or popular favorite in Sacramento. "My kid could do that" is one reaction (the sculpture is based a child's drawing of Piglet, Winnie the Pooh's friend). Another take (from Twitter commenter @sean_domingo22) is "it's also sad when this piece of 'Art' looks like a bunch of dicks pointing in the air!"

The sculpture has been pilloried by local artists who think the $8 million commission should have gone to someone in Sacramento. Those who know contemporary art consider Coloring Book a minor Koons and question its placement in front of a sports arena.

Speaking of placement, it's your call whether a Sacramento railyard would be the perfect location for Train or a come down from its advance billing as the Eiffel Tower of Los Angeles. 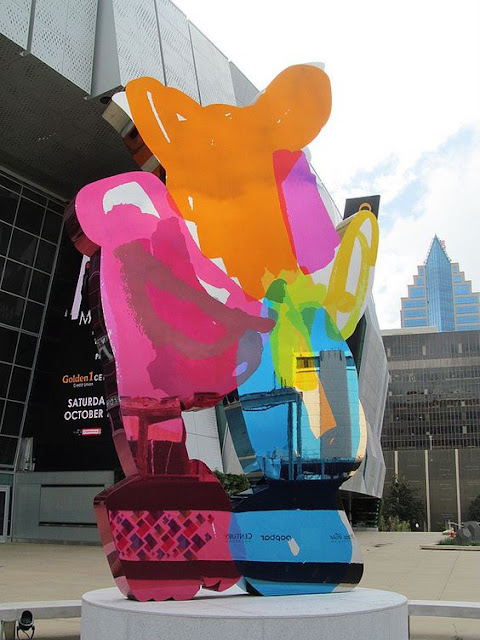 Anonymous said…
William: Have loved your sharp writing for years! Not entirely on topic--are you aware that the links to your work on Blouin Artinfo haven't worked for weeks now?
December 2, 2016 at 3:47 PM