The Fight That Broke Apart Cubism 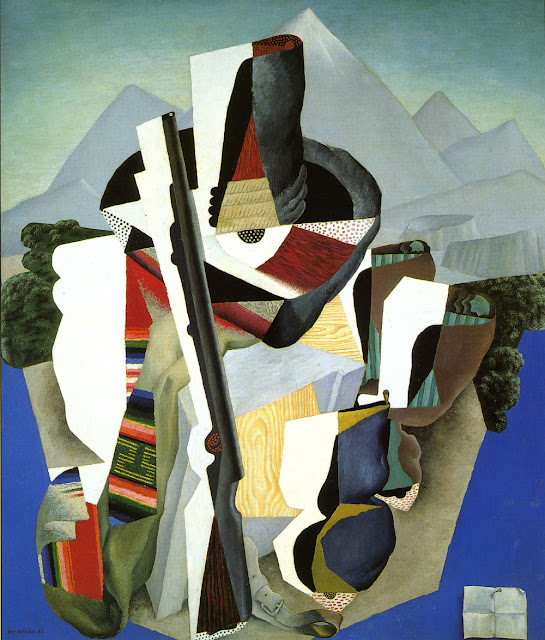 "Good artists copy, great artists steal." Internet quote mills attribute that apparently apocryphal line to Pablo Picasso. A claim of plagiarism is at the center of LACMA's "Picasso and Rivera: Conversations Across Time." Diego Rivera accused Picasso from stealing some elements of his Zapotista Landscape (1915, above). This split the Cubist set, led to a near-fistfight, and ended with Rivera returning to Mexico.

(Zapatista Landscape will be in the LACMA show, but not until early next year. Through January, it's committed to another exhibition in Paris.)

Picasso and Rivera's short friendship dated from early 1914 to August 1915. About that time, Rivera had finished Zapatista Landscape, his greatest Cubist painting. It's a highly original work in both subject and technique. The subject is Emiliano Zapata, based on news photos, and indicated by an abstracted sombrero, rifle, and serape. 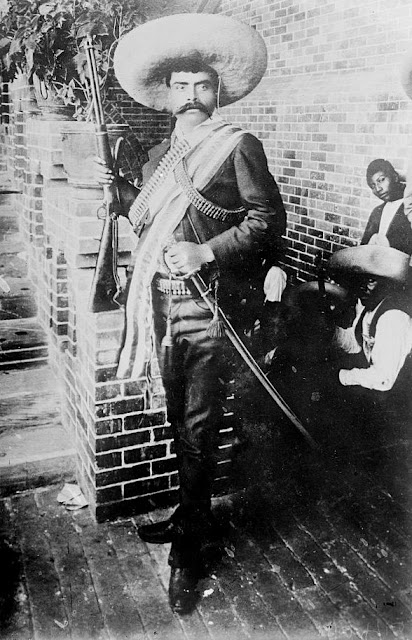 Rivera's technique is most notable for its use of white. The rifle has a white "shadow" that flattens the picture more aggressively than in standard Cubist works. The abstracted Mexican volcanoes were novel, and Rivera also believed that his stippled, scumbled foliage was new to the Cubist vocablulary.

After finishing this painting Rivera visited Picasso's studio and was aghast to discover that Picasso was using "his" innovations in the Spaniard's latest painting, Man Seated in Shrubbery.

Needless to say Rivera was using, uh, Cubism. But he felt that Picasso was the one who was stealing (more). That was the end of the close friendship. Picasso later painted out the Rivera-esque features of his work and gave it a new title, Seated Man. Rivera stopped working in the Cubist mode.

The split reverberated through the Cubist circle. It was like a divorce in which everyone had to take sides. Most sided with Picasso. Two years later Rivera threw a punch at Pierre Reverdy, a Picasso-favoring poet and critic. This became known as "l'affaire Rivera." Reverdy called Rivera a "wild Indian," a "shameful anthropoid," and a "macaque." Paris galleries refused to show Rivera.

"I am sick of Pablo," Rivera said. "If he pinches something from me, people will rave about Picasso, Picasso. As for me, they'll say I copy him. One day either I'll chuck him out or I'll shove off to Mexico."

In 1921 Rivera returned to Mexico, and to the Indigenismo-inflected art for which he's now famous.

(Below, Rivera's Cubist Composition: Still Life with Bottle of Anis and Inkwell, 1914-15, a painting owned by Picasso.) 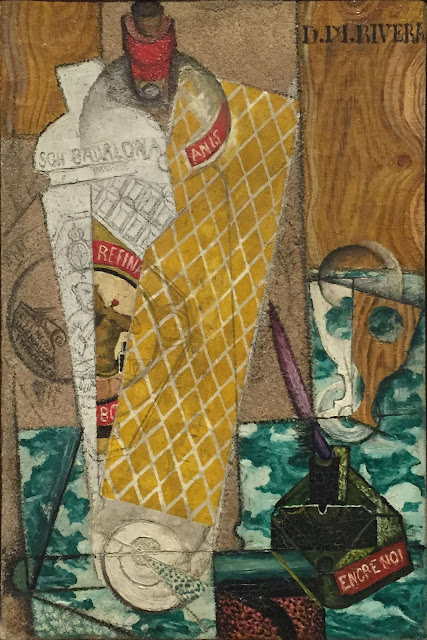