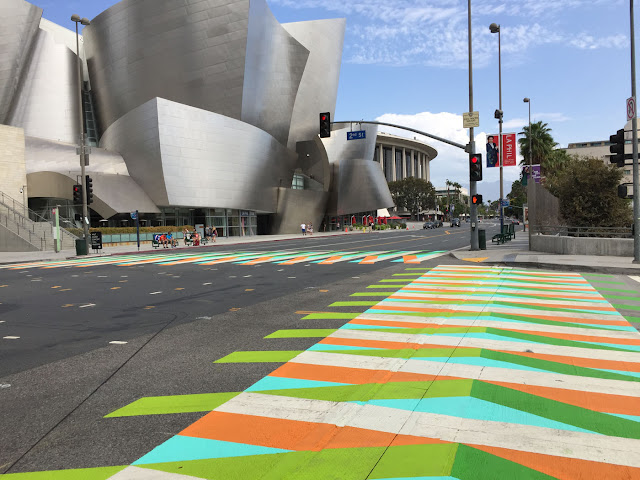 Carlos Cruz-Diez's crosswalk installation, Couleur Additive, is on view at Grand Ave. and Second St, between the Broad and Disney Hall. Cruz-Diez has done these crosswalks around the globe, but this looks to be one of the most successful as to color, architecture, and urban ambiance. The piece opens Tuesday (Sep. 5). These photos were taken Sunday and may not quite represent the finished state. 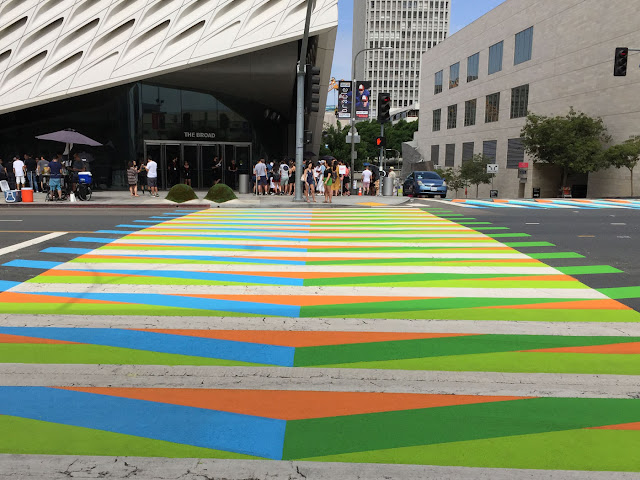 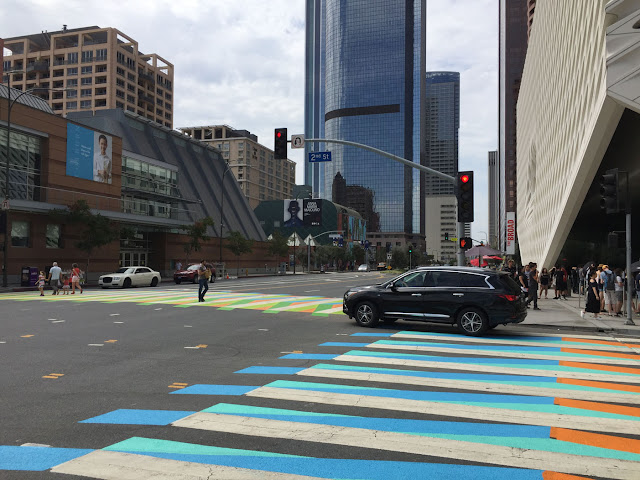 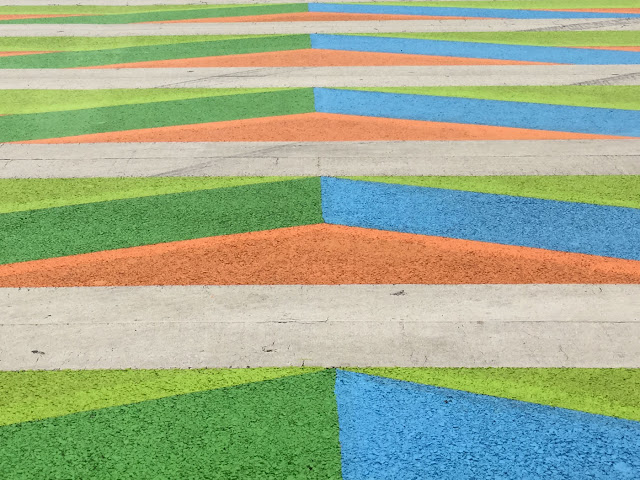 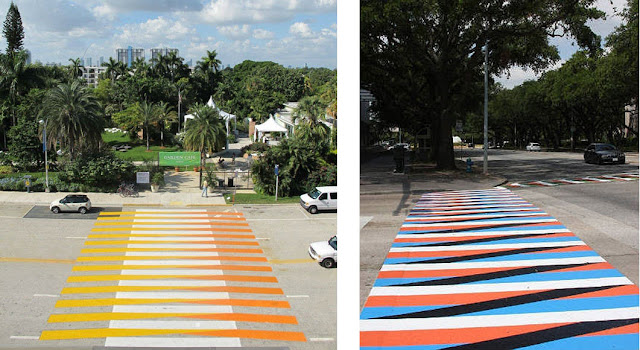 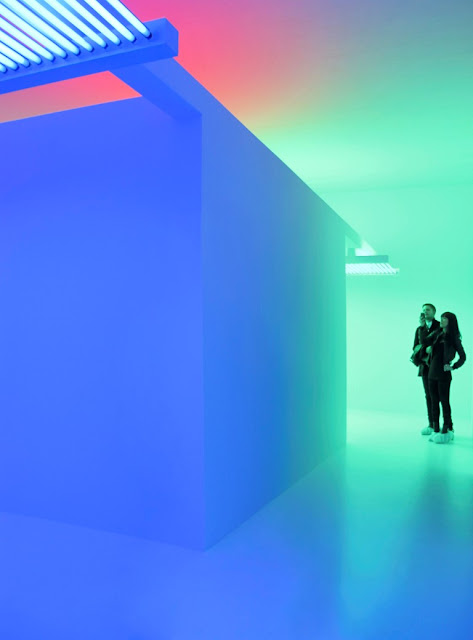